The presence of the United States Air Force Yokota Air Base makes Fussa City a strangely curious international attraction within Tokyo. Perhaps as a result, museums and galleries are thin on the ground here but they do exist and here is an introduction to them and how they can be reached.

An American serviceman's home from the late 1950s, Fussa American House is an extant reminder of the long US military history in the area. The house remains as the original building and features a mini Statue of Liberty and has been maintained as part of the 1950s street atmosphere common in the area. What's more, it's free to visit.

A 10-minute walk from Ushihama Station on the JR Ome Line.

With American culture so pervasive in the city, it's almost comes as a surprise to find the Fussa City Local History Museum. What's more, despite its simplicity, the museum actually has some interesting items in its collection. Set inside the city's library, this free museum is full of artefacts from over the centuries and stages small exhibitions as well.

A 7-minute walk from Ushihama Station on the JR Ome Line.

Located within Fussa Station itself, the Fussa City Puchi Gallery was set up with the express purpose of supporting and promoting the creative and artistic works of the local population. Among the displayed creations can be found include photography, paintings, and calligraphy, all of which change periodically as new items are submitted.

Direct access within Fussa Station on the JR Ome Line.

A gallery space for hire, Fussa Gallery began in 2016 as a dedicated space for local artists to display, promote and earn money from their creations. The works on display differ according to the exhibition with each artist offering just that little something different that makes local art so fascinatingly personal.

A 2-minute walk from the West Exit of Fussa Station on the JR Ome Line. 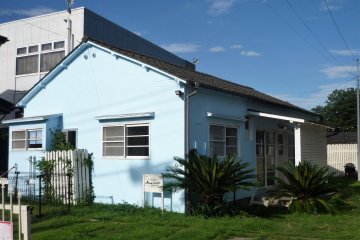