Getting a Tattoo in Japan

Why, how, and where to get inked

Whether you have one now or you’re thinking of getting one in Japan, tattoos can be a very awesome and personal experience. If you’re coming into Japan already tattooed, what do you need to know? And if you want to get one in Japan, how do you make sure it’s quality? And doing this all while respecting local customs and traditions? It’s enough to make even the committed lover of ink turn away. Well, don’t worry! This guide will take you through everything you need to know about you and your ink.

A Short History of Irezumi

Japan is a country with history—lots and lots of history. Everything has a timeline and story, and tattoos are no different. Irezumi (lit. inserting ink) are traditional Japanese tattoos and have a vastly different method and history than the tattoos of the western world. Traditional irezumi is done by hand with a tool consisting of a wooden handle and metal needle connected by silk thread; the method also requires a special type of ink—Nara ink—that turns blue-green when under the skin.

Tattoos in Japan are thought to date back to the Jomon period (approx. 10,000 BCE) where they were used for spiritual and decorative purposes. Later in the Yayoi period (300–300 CE), it was observed that mostly incoming foreigners, like the Chinese, or the Ainu people of northern Japan had tattoos; it seems that tattoos had fallen out of favor. This becomes even more obvious when, in the Kofun period—as late as 600 CE—tattoos were used to mark violent criminals.

Not exactly a sparkling history. But tattoos became a fad on and off again during the Edo period; a particularly popular tattoo fad was to have part of a tattoo on your hand that only become whole when joined with your lover’s. It wasn’t until a popular Chinese novel, Suikoden, was released that the art of tattoos really took off. With so many paintings and illustrations of the roguish heroes decorated with dragons, flowers, tigers, and religious images tattoos became a sought-after art.

It was those selfsame woodblock print artists that became the irezumi artists of the Edo period; they used the same tools after all: chisels, gouges, and the famous ink known as Nara ink. It’s a matter of some debate as to who wore tattoos at the time. Anyone from lower-class citizens to wealthy merchants (who were forbidden from flaunting their wealth in public) are said to have been inked. Firemen are one of the few groups that are known to have been tattooed; they wore them as a form of protection.

So, if tattoos were later used for lovers, merchants, and firemen then why the taboo? To make a good impression, of course! In the Meiji period (1868–1912), when Japan became a more open country the government was concerned about making a positive image and actually outlawed tattoos altogether! It was then that tattoos once again became associated with criminals. This only grew as tattoos became increasingly popular with the yakuza, Japanese mafia, which originated during the Tokugawa Shogunate (1603–1868); yakuza tattoos are given as status or as a self-branding and were often mandatory for members.

In 1948, occupation forces in Japan legalized the trade—but the damage was done. Tattoos became a sign of criminality and stigma. The taboo is still alive and well (sadly) nowadays; even as recently as 2012, there was a call from the mayor of Osaka for companies to get rid of tattooed employees. Even today, if you’re inked there’s a chance you’ll be turned away from any host of facilities: hot springs, golf clubs, gyms, public baths, even some restaurants, depending on the tattoo.

Why Get a Tattoo in Japan?

Despite it all, Japanese tattoos are renowned worldwide for their quality and thousands of people visit Japan with the idea of ink on their bucket list. But for all the taboo and the difficulties associated with them, why should you even get a tattoo in Japan? Well, that’s easy: the history and the quality. And the two go hand in hand.

Given the long history of tattoos in Japan, the quality is all but assured. Many tattoo artists will study under a master—even those who use modern tools—for a period of years before they are allowed to create tattoos of their own. These rules don’t apply to all tattoo studios in Japan but you’ll be hard-pressed to find a studio with poor work. Some of the tattooing techniques you can find in Japan are passed down from generation to generation of tattoo artists.

Choosing Your Tattoo Studio and Artist

It’s a big decision to get a tattoo; this is going to be on your body your whole life! And if you plan to have something in Japanese tattooed on you, you definitely wanted to get it checked beforehand to avoid any embarrassing and long-lasting misspellings.

There are a growing number of tattoo studios with English-speaking artists. But this isn’t always going to be the case—and those that don’t speak English have some of the most beautiful tattoos you’ll ever see. A fast and easy way to begin your search is—you guessed it: Google. A search of “Tokyo tattoo studios” will bring up plenty of studios to choose from.

It’s a good place to start as these studios will usually have photographs of the studio, tattoo rooms, and a gallery of their work. There’s no faster way to know who you want to ink your skin than looking at what sort of work they do. If you want a delicate tattoo, look for fine lines and subtle gradients; if you want color, look for colors that are vibrant without looking like paint. After a bit of searching, you should be able to narrow down your list of potential studios and/or artists.

What questions do you need to ask? Here are some simple questions to help you determine the quality of the studio. (These will cover modern tattoos, not tebori or irezumi which are often by word of mouth only.)

Obviously, we want the answers to the first four questions to be yes. Nothing else is acceptable. The last question is tricky but typically at least five years of study and practice is a good period range; ten or more years being optimal.

So how much is this awesome piece of artwork going to cost you? For anything smaller than a postcard you’ll often be charged a fee to cover the whole project:

(Average ranges sourced from both Osaka and Tokyo studios.)

Time is another thing to consider. If you want something smaller, chances are you won’t have a problem. But if you’re after a large piece of work it might mean multiple visits—something you definitely want to ask the studio about before you just walk in off the street. I recommend communicating with a studio (or studios, if you’re shopping around) to ask for a price quote and how much time it will take. If it can’t be finished in one session, ask how many times you’ll need to visit and how much time you’ll have to wait between each visit.

Phew! This must seem like a lot to digest. But just remember how awesome it will be when you have that permanent souvenir of your time in Japan. If the idea of choosing a tattoo studio makes you sweat and shake then let us help you with some recommendations on where to go:

If you need some ideas for popular motifs, try one of these:

Or how about a popular kanji:

Enjoying Japan With a Tattoo

You know the stigma and you still decided to get a tattoo in Japan!? Way to go! So how can you enjoy the rest of your holiday to the fullest with your new ink? Well, you might be fine. You have to let the tattoo work heal, which means most of the things you would be banned from are off limits anyways. But let’s take a look, just in case. Here’s a list of things that may potentially be closed to you with a visible tattoo:

It feels like Japan just got a whole lot smaller with all these places and activities being blocked from tattoos. But there are easy alternatives.

If you have a tattoo in a visible place--or somewhere that will become visible if say you’ll be going to an onsen where all of you is visible--there are still ways to enjoy Japan.

I’m a foreigner with a tattoo, is it ok to enter? → Tattoo ari no gaikokujin, hairemasu ka?

I’d like to buy a tattoo coverup. → Tattoo no shiru wo kaitai.

How long will it take? → Dore gurai jikan wo kakarimasu ka?

How much will it cost? → Ikura ni narimasu ka?

Do I need to visit more than once? → Ikkai ijo no kuru hitsuyo ga arimasu ka? 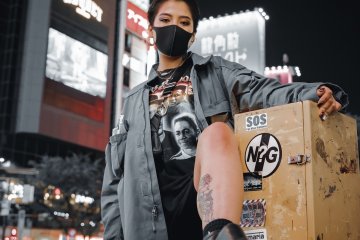 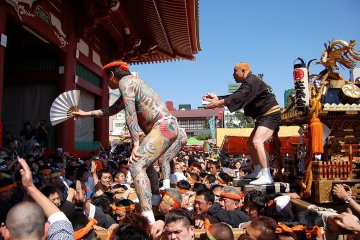 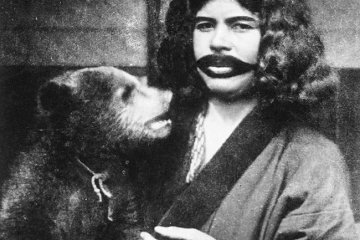 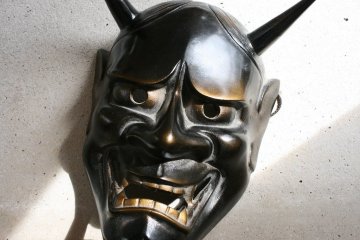 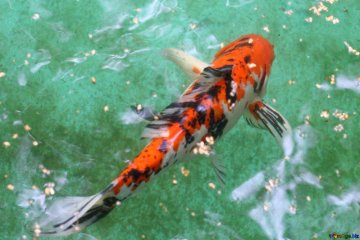 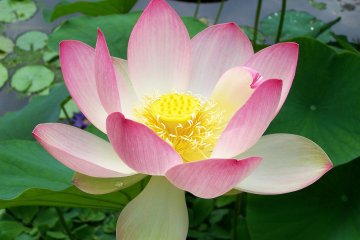 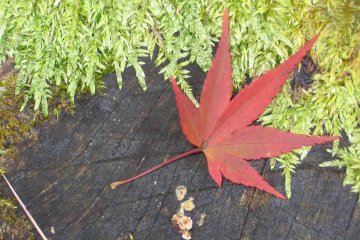 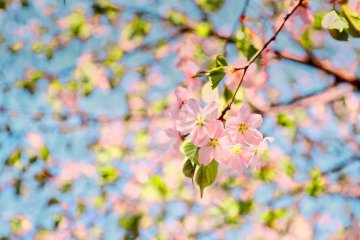 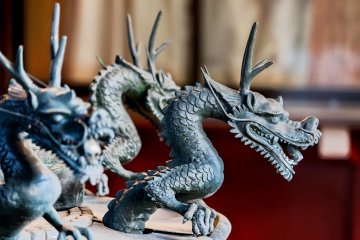 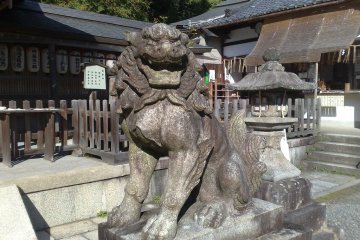 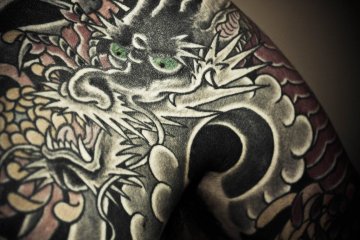 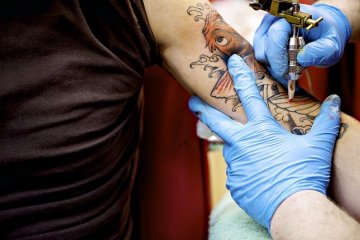 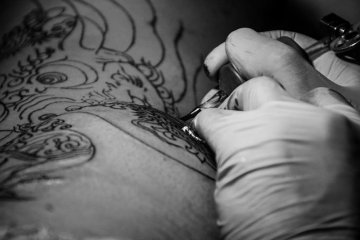 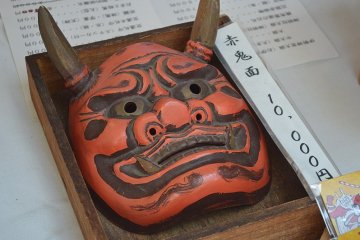