Unique appeal amongst a splendid nature

High on nature, the magnificent Lake Tama in the north is what usually springs to mind whenever Higashiyamato City is brought up. With that in mind, museums and galleries in the city are thin on the ground here but the ones it does have do offer some unique features for those visitors on the way to take in the nature spots. Here is an introduction to the museums and galleries of Higashiyamato and how to reach them.

Opened for exhibitions during the spring and autumn seasons around May and October, respectively, the Higashiyamato City Folk Art Museum is dedicated to the late master painter, Yoshioka Kenji. A leader in the modern Japanese painting movement, Yoshioka was once a university professor and head of the Association of Japanese Painting. This former residence features several structures including one designated as a Tangible Cultural Property of the nation and a classical nagaya-mon traditional gate. The museum is free while an exhibition room dedicated to his works can also be found in the nearby city folk museum.

A 4-minute walk from Musashi-Yamato Station on the Tamako Line.

The Higashiyamato City Folk Museum explores the region's history with topographical models as well as a library that holds some 13,000 or so books. The museum's real main claim to fame, however, is its emphasis on astronomy with a great planetarium that houses the impressively named Megastar projector, said to be the first projector of its kind in Tokyo. The museum itself is free to enter but the planetarium attracts a most reasonable JPY300 admission fee for adults with viewings available from 3pm each day. Earlier viewing sessions are available on weekends and public holidays.

A 13-minute no.35 bus ride from Musashi-Yamato Station on the Tamako Line. 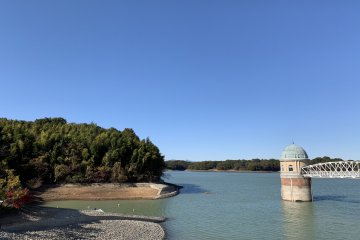