Japan's Kanto region is home to seven prefectures - Chiba, Gunma, Ibaraki, Kanagawa, Saitama, Tochigi and Tokyo. Its traditional crafts represent a vast array of skills and sensibilities with each prefecture playing host to at least one nationally recognised craft tradition. From lovingly detailed summer fans and powerful pottery to elegant silk and handmade dolls, the region's craft cover a whole range of unique traditions. Here is a simple introduction to just some of the traditional crafts to be found in Kanto.

Chiba prefecture's Boshu uchiwa fans are a model of intricacy. Made from locally grown medake bamboo, and leaving a part for a round handle, a single culm is carefully split into anywhere between forty-eight and, in some cases, over eighty ribs. Woven together by string, the resulting circular fan is as elegant as it is light.

The signature examples of Gunma's long association with silk are the prefecture's gorgeous Kiryu ori woven textiles. Made with seven nationally recognised methods of weaving, the soft texture and one thousand year old heritage of Kiryu ori sees the textile commonly used for high end traditional Japanese kimono and accessories.

Produced in Ibaraki prefecture, Makebe ishidoro stone lanterns come in a variety of shapes. The original pure white colouring of the stone gives each handcrafted lantern a subtle character as it ages. Despite the permanence of stone, the aging and attraction of moss allows each lantern to exude a sense of impermanence - a key element in traditional Japanese aesthetics.

Iwatsuki ningyo are traditional dolls that have been handmade in Saitama prefecture since the late seventeenth century. Sculpted out of the region's famous paulownia wood, the dolls are ornamental ones powdered with a substance known as gofun and dressed in real kimonos with the silk hari tended to by proper hair stylists.

Acidic clay in Tochigi prefecture, rich with iron and quite malleable, provides the only raw material needed to create Mashiko-yaki pottery. The texture of the final product is rustic and almost rough, giving Mashiko pottery a decided sense of the powerful. Glazed with stone and scrap iron powder, Mashiko pottery colouring is full of depth.

Developed in the middle of the Edo period, Tokyo's Edo wazao fishing rods are made from differing types of bamboo. This enables the rods to match different fish and allows for different fishing techniques. Sturdy and reliable, Edo wazao's jointed rods are extremely light and lacquered to create their beautiful shine. 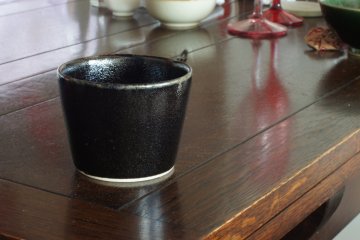 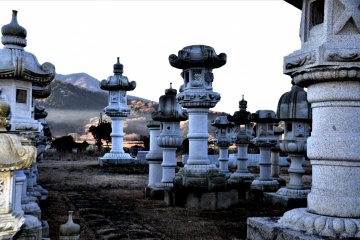 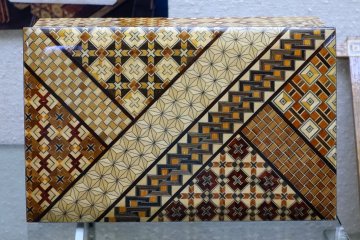