Introducing the ramen of Tohoku

Belying its rugged winter image, the ramen of the Tohoku region is surprisingly on the lighter side of texture and taste. The noodles in the prefecture, with some exceptions, tend to be curly and thin. A lot of the ramen in the region centres around Yamagata prefecture but the ramen of the other prefectures include some proper standout representatives. Here is a simple introduction to some of the ramen in Tohoku.

A light broth made from chicken stock, dried sardines and vegetables, Yonezawa ramen in Yamagata prefecture is characterised by its uniquely thin noodles. Courtesy of a three-day kneading period, these noodles are curlier than usual, giving Yonezawa ramen a texture that is decidedly energetic.

One of Japan's most popular styles of ramen, Kitakata ramen hails from Fukushima prefecture. It features a light, soy sauce-based broth that is deepened with either pork, chicken or fish stock. The curly noodles used tend to be flatter and a lot thicker than usual, giving Kitakata ramen a great slurp when eating them.

A departure from ramen's usual land flavours, iso ramen from Iwate prefecture is an ocean bounty. Topped with fresh seafood, the salt-based broth is made from a stock of kombu seaweed and dried bonito flakes, giving it not only a much clearer appearance but also a lighter taste too. The noodles of iso ramen noodles tend to be a lot thinner as well.

Perhaps Tohoku's most unique bowl of ramen, miso curry milk ramen from Aomori prefecture is extraordinarily rich and layered in its flavouring. The name pretty says it all with the addition of a dollop of butter a throwback to the orignator's Hokkaido roots. Wavy noodles of medium thickness give the dish just that right amount of complementary texture. 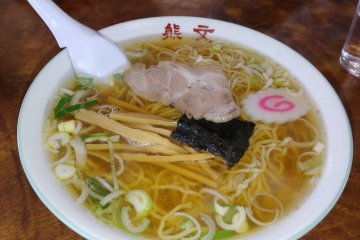 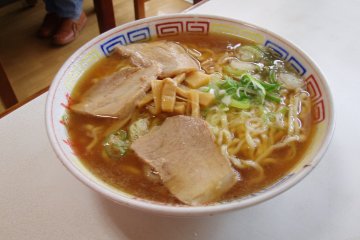 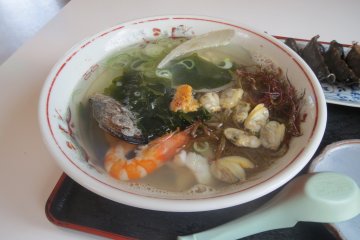