Mention Soka and the usual response is "Ah, Soka senbei." Famous for its senbei rice crackers, Soka City was immortalised when Matsuo Basho, the great haiku master, mentioned Soka in his literary masterpiece, The Narrow Road to the Deep North. Once an official post station on the old Edo period Nikko Kaido highway, the city remains an easy entry point into Saitama prefecture out of Tokyo. Serviced by Soka Station and the three local stations of Yatsuka, Dokkyo Daigaku Mae and Shinden on the Tobu skytree Line, Soka City offers a convenient combination of Japanese history and modern family-friendly suburbia.

Like everywhere else in the country, Soka is not short on temples and shrines. Soka Shrine is a short walk from Soka station's west exit while from the east exit, you'll find the 17th-century Shingon Buddhist Tofukuji Temple with its city-recognised shoro bell tower and traditional sanmon entrance gate. A whole series of much smaller neighbourhood shrines can be toured as part of the shichifukujin meguri, a quasi-pilgrimage of the seven deities of fortune, most popularly held over the New Year period.

Dotted all over the city are clusters of local establishments, particularly along the streets outside Soka station's east exit. Toramon, for example, is a decent grilled offal bar while step out from the west exit and you'll find Kushi Katsu Tanaka and its skewered deep-fried snacks. Right in front of the station gates, are some nice family restaurants while the dining levels of Marui and Ito Yokado department stores are a safe option. Just behind them all is the fantastic little noodle bar, Hakata Ramen Shimizu.

Further along is Shinden station where a ten-minute walk from its west exit will take you to Soka Senbei Garden. While there are plenty of senbei stores throughout the city, at Soka Senbei Garden, visitors have the chance to experience making the city's famed rice crackers by hand. They also stock a huge variety of rice crackers including Soka's traditional soy sauce brushed senbei as well as prawn, roe and even curry flavoured ones.

Dokkyo Daigaku Mae Station offers access to Dokkyo University but a short walk from its east exit will also take you to one of Japan's 100 Roads of Scenic Beauty, the highly understated Soka Matsubara Promenade. The promenade extends for 1.5km along the Ayase River where it is home to over 630 pine trees, many of which were planted during the old Edo era. Popular with walkers and joggers, the promenade is an impressive local getaway with scores of interesting sights.

Matsuo Bashi is heavily remembered here. Monuments to the great poet include statues and even a memorial from the famed scholar of Japan, Donald Keene. As you walk along the promenade, you'll come across two bridges, Hyakutai-bashi and Yatate-bashi, which were both named in reference to Basho's poetry. At the start of the promenade will be found the Soka Matsubara Watchtower, a beautifully symmetrical reminder of the days of old Edo.

A 7-minute taxi ride from Yatsuka Station's east exit and you'll find a sento public bathhouse known as Ryusenji no Yu, complete with onsens, showers, spas, saunas and rest areas. Family-friendly, Ryusenji can get busy while another public bathhouse, located a few minutes walk from Dokkyo Daigaku Mae Station, is the smaller Yuyadokoro Matsubara with its iconic green building. A bit more old fashioned than its Yatsuka sibling, Yuyadokoro still manages to include dining areas, massage services and even a hairdresser. 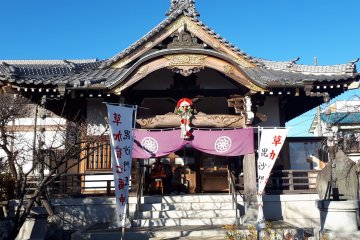 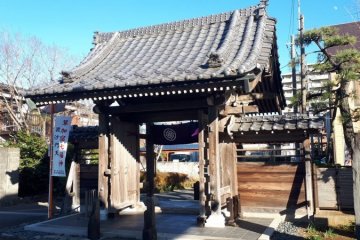 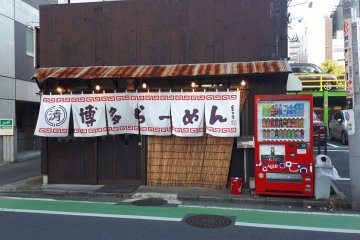 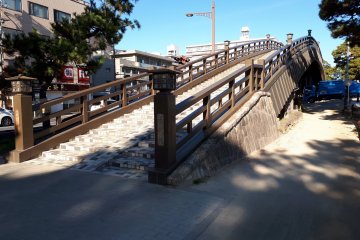 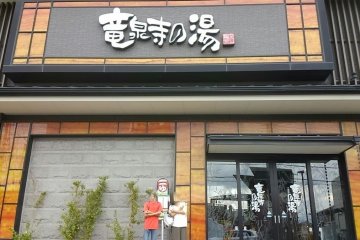