Be sure to check out Day 1 to start from the beginning of the story.

After checking out of our ryokan, we made our way over to the Kiso-Uma-no-Sato Park located close by. The park features horses known as Kiso-uma, one of only eight types of Japanese horse breeds remaining. In contrast to the horses most readers may be familiar with in the West, Kiso-uma horses have relatively shorter legs and stockier bodies. We toured the stables and visited corrals to see them up close and pet the friendlier ones that ventured over to the fence. The park is open year-round, with unique events throughout the year in every season, such as horse-drawn sleigh rides in the wintertime.

Snowy weather notwithstanding, the local Kaida Kogen Ice Cream came highly recommended and we paid a brief visit to this quaint shop. While they offered the classic vanilla flavor of soft serve, we were also intrigued by the corn flavor on the menu as well. We opted for a combination of both to enjoy in the warmth of our vehicle, and the smooth, creamy texture was every bit as good as promised.

Mt. Ontake, Japan’s second highest single peak, is a big draw for visitors to Kisoji. While the very top of the mountain is still off limits following the last eruption in 2014, visitors can take in the majestic Ontake-jinja Shrine and the myriad smaller shrines that convey the spiritual nature of the mountain, which has been worshipped since long ago. At the shrine and dotted along the mountainside are plots of land with stone markers that are not gravesites but rather monuments erected in memory of the worshippers who died en route on the mountain.

In this area are two spectacular waterfalls, Kiyo-taki and Shin-taki. We took a short hike to the falls of Shin-taki, which was mostly covered in ice but still had a cascade of water tumbling down onto the rocks below. Both of these waterfalls are popular sites for “taki shugyo” or waterfall training, where people dressed in simple white garments will stand under the bone-chilling cold water raining down from above and conduct special purification rituals. Training can be dangerous in the winter when the waterfalls ice over, which is undoubtedly why we only encountered other photographers at Shin-taki just admiring the frozen beauty of the falls.

After a stop for lunch, we made our way over to the Fukushima Sekisho, which was one of two main checkpoints on the Nakasendo where travelers were made to present their passes and belongings for inspection. These checkpoints functioned much like modern-day immigration stations, and enabled the Tokugawa regime to make sure that travelers on the highway were not carrying weapons or taking lumber out of the woods illegally. While the original building was demolished long ago, the reconstructed building includes a museum attached with original documents, weapons, handcuffs, instruments of torture, and replicas of the wooden passes that travelers carried.

Kozen-ji is an old Buddhist Zen temple located just across the Kiso River from the Fukushima Sekisho. It boasts Japan’s widest “karesansui” garden (a type of garden that uses sand and rocks instead of trees and grass) in addition to three other gardens, including one with more than 300 years of history. One of the temple monks invited us to try the zazen style of Zen meditation. Although this particular session lasted a mere five minutes, unlike the 20-30 minutes that are more common in zazen, we sat directly in front of the karesansui garden and strove to quiet our minds amidst the stillness of the temple grounds. Following this, we then had a chance to create our own miniature models of a karesansui garden, complete with sand, small pebbles and a tiny rake to draw patterns. This proved to be more challenging than we imagined, though the difficulty was less about technique and more about following Zen precepts in rejecting the desire to create the “perfect” garden!

Activities at Kozen-ji may not be available depending on the schedule, so please contact Kiso Tourism Federation to check in advance. 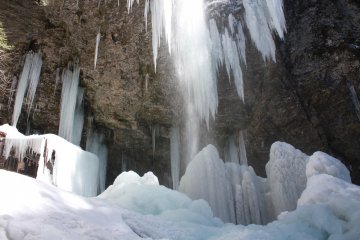 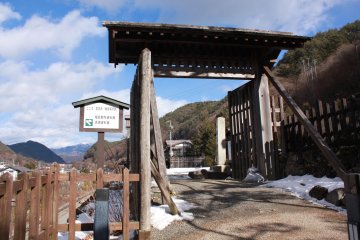 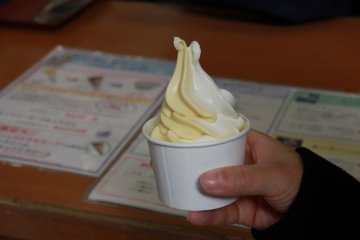 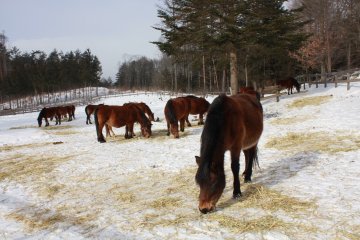 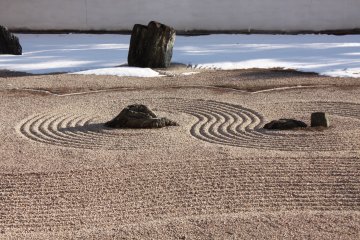 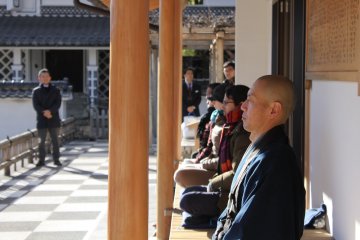 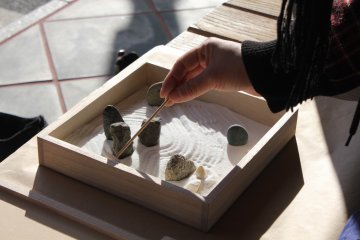 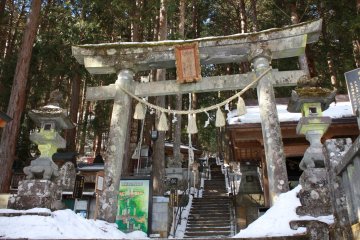