Be sure to check out Day 1 & Day 2 for the complete story.

We only had the morning left for sightseeing on our final day of the trip so we soon checked out of our ryokan in Kiso Fukushima and got back on the road. After viewing snow-covered portions of the Nakasendo trail that wound down through the Torii Pass, the most difficult part of the highway, we then proceeded into the beautiful post town of Narai-juku. This used to be referred to as "Narai of 1,000 buildings" and indeed it seemed as though there were nearly that many when we walked along the one-kilometer-long main thoroughfare lined with wooden shops and residences on either side.

Our first stop in Narai-juku was the historic Rihei Nakamura House, the residence of a wealthy wholesale comb merchant who lived just prior to the Meiji period. We noticed that like many of the buildings flanking the main roads in the post towns, the structure was rather narrow in width but quite elongated (apparently this was due to tax regulations of that era!).

We passed through the tiny doorway, clearly built for people of smaller stature, and stepped inside to a scene not much different than in 1844, when Nakamura and his family had last occupied the building. Several types of the Japanese-style combs that were traded here were on display, including combs made of wood taken from the surrounding forests and also tortoiseshell that had been carefully carved into elaborate ornamentations. The staff took us around the residence and pointed out various aspects of the traditional architecture, including a protruding roof over the first story that was designed to collapse and thus foil any would-be burglars, as well as wooden shutters with angular slats that made it hard to see in but afforded a decent view out.

After leaving Narai-juku, we drove for a short while to reach Marumata Shikki Boutique, a shop renowned for producing high-quality “shikki” lacquerware. Japanese lacquer is famous across the country for the beautiful finish and robust protection it provides to wooden products, but here owner and artisan Takeshi Ito introduced us to his line-up of handcrafted items that included Japanese washi paper and even metal items, in addition to typical wooden products.

Ito has perfected his lacquerware technique for creative uses such as in motorcycle helmets and the faces of wristwatches. But as we strolled around the shop admiring his handiwork, something unusual caught our eye - lying in a protective case were prototypes of Olympic medals from the 1998 Nagano Olympics! He explained that it took an enormous amount of persistence to bring the project to fruition, and that it took him nearly four years in total to make the actual medals – rather like his own personal Olympics.

Returning to Tokyo via Shiojiiri

All too quickly our trip was over and we headed on to Shiojiri Station for the roughly three-hour trip back to Tokyo. Although we watched the snow-capped mountains of Nagano fade into the background from a more modern form of transportation, we were left with a sense that we were sharing a similar vision of the many travelers who had gone before us on the Nakasendo trail. 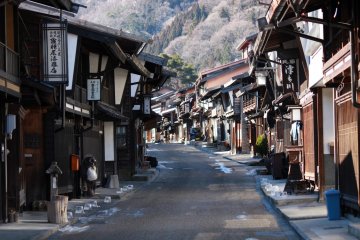 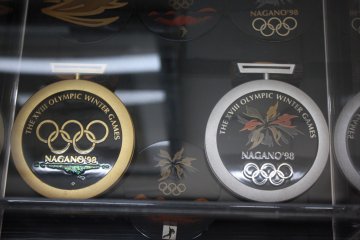 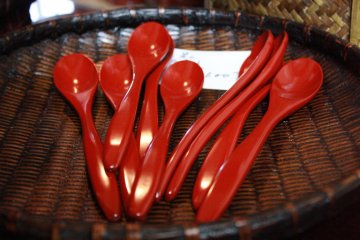 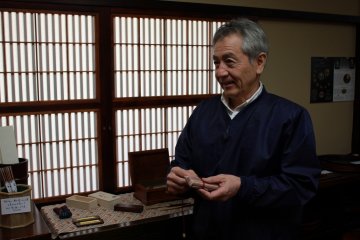 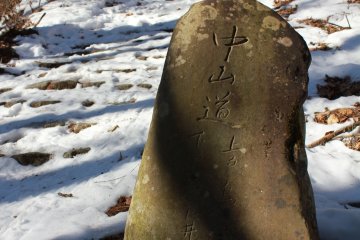 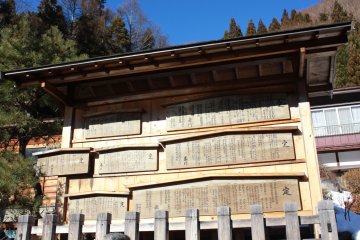 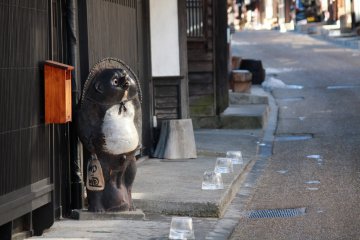 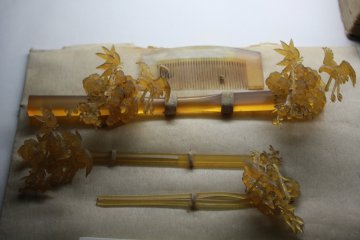 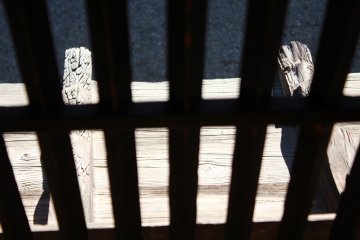 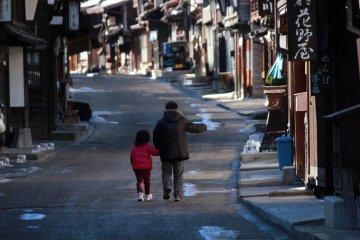