Exploring the best of Western Japan

Yamaguchi Prefecture is a little-visited corner of Honshu which nevertheless promises a host of sites. From the old samurai neighborhoods of Hagi and Shimonoseki to the gardens and onsen of Yamaguchi, there’s no shortage of things to explore in any season. Coupled with the prefecture’s fantastic seafood, a trip to Yamaguchi never disappoints.

Southern Yamaguchi doesn’t factor into many travelers itineraries, but there are a host of sights to entertain anyone looking to spend a day (or more) in the prefecture.

Iwakuni is a small city on the southeastern coast of Yamaguchi, with one of Japan’s most famous bridges. The Kintaikyo Bridge, a five-arched structure that was first built in 1673 to span the Nishiki River, is constructed entirely out of wood. While pedestrians must pay a small fee to cross from one side to the other, the view of the river and surrounding countryside are worth it. In spring, various flowers bloom in turn in the parks that line the riverbanks near the bridge.

Just up the hill from the Kintaikyo Bridge, Iwakuni Castle sits on top of Mount Shiroyama with sweeping views of the river and city below. The original castle here lasted less than a decade before being torn down by order of the shogunate; the current structure dates from 1962. The main keep hosts a small museum and showcases pictures of the Kintaikyo Bridge and other famous bridges around Japan. The castle can be reached via either a 20 minute climb on the mountain path or a ropeway from the park next to the bridge.

It’s a short 30 minute journey on the JR Sanyo Line for Yanai, a city best known for its traditional goldfish lanterns. A short walk from the station brings visitors to the White Wall Historical District, an area of white-walled storehouses that dates back to the Edo period. One of the houses, the Kunimori family residence, is open to visitors.

A few other buildings in the historic district are also open to the public. Visitors are welcome to pop into the Sagawa Shoyu-gura to see how soy sauce is produced. The methods here haven’t changed in over 200 years – be sure to take a bottle home with you! The nearby Yanai Nishigura is an event space/workshop, where visitors can try their hand at a variety of local crafts or view the temporary art exhibitions.

Two days is the perfect amount of time to explore the sights of central Yamaguchi Prefecture.

Yamaguchi’s main site is Kozan Park, a gem of an area located about a 20 minute bicycle ride from JR Yamaguchi Station. The park is home to numerous historical sites and seasonal flower displays.

Perhaps the best known of the park’s destinations is the Rurikoji Temple Pagoda, a five-story tower that was constructed in 1442 and is considered one of the top three pagodas in Japan. While the pagoda is worth seeing in any season, it looks particularly beautiful when surrounded by blooming plum and cherry blossoms, or the park’s autumn leaves.

The nearby Rurikoji temple buildings themselves, while interesting in their own right, were actually constructed after the pagoda. The earlier temple on this site had been dismantled and moved by the ruling Mori family when they left the region. Today’s temple was built sometime around the end of the 1600s.

Also in the park is the Chinryutei, a small tea house that played a large role in the tumultuous years between the Edo and Meiji Periods. It was here that revolutionary Saigo Takamori and other pro-Imperial supporters would meet and pretend to practice the tea ceremony – in reality, their gatherings were a cover as they plotted the overthrow of the Tokugawa shogunate. The two-story building is free to visit; on the first floor, a small exhibit highlights some of the main characters involved in the scheme.

Nearby Yuda Onsen is the perfect spot to spend an evening in Yamaguchi.

Begin your morning in the hot spring district of Yuda Onsen. This neighorhood is known for its natural onsen, and the cluster of ryokans (traditional inns) here open their baths for the public to enjoy for a small fee. There are also a few public bathhouses and a half dozen footbaths for visitors to enjoy.

Before heading to Hagi, detour two stops from Yamaguchi Station to Miyano Station, where a 15 minute walk will take you to the Joeji Temple. This peaceful temple is famed for its garden, the Sesshu-tei, supposedly designed by the highly-talented painter and garden designer Sesshu himself. The garden, which was created around 500 years ago, has a focus on unique rock formations.

Return to the main JR Yamaguchi Station and board a JR bus for Hagi Station or take the Bocho bus from Shin-Yamaguchi to Higashi-Hagi Station. Both routes take around 60-80 minutes. Hagi is known for both its pottery industry and its historic samurai quarter. The latter can be easily reached from either train station via the cheap and convenient Ma-ru Bus, which runs to many of the city’s main sightseeing spots. The samurai district is home to several old homes and museums that can be visited for a small fee, but the appeal of the district is in its atmospheric streets and quiet corners.

The ruins of Hagi Castle

At the far end of the samurai quarter lie the remains of The ruins of Hagi Castle. The outer stone walls are all that remain of the stronghold that served the ruling Mori family for over two and a half centuries. Today, the park’s expansive green space is the perfect spot for a picnic or a leisurely evening stroll. 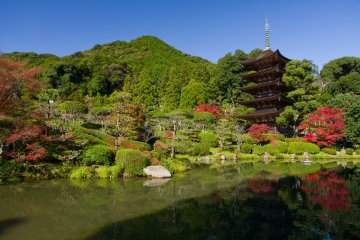 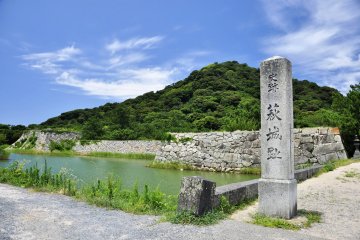 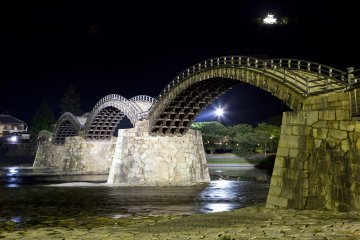 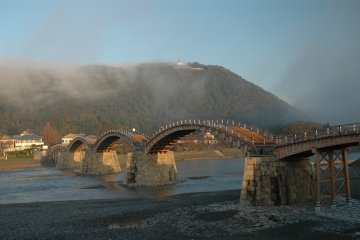 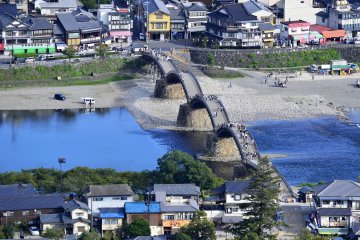 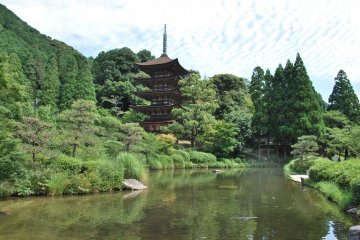 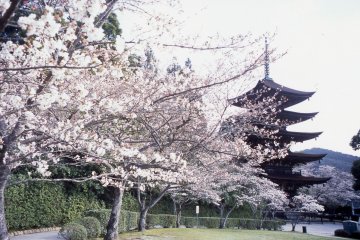 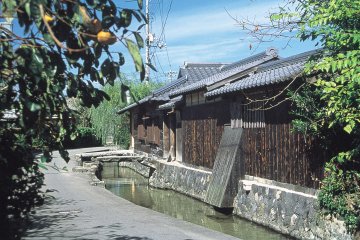 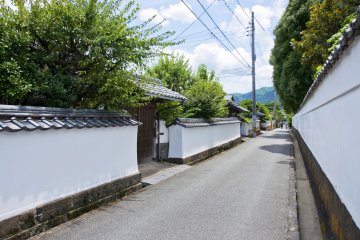 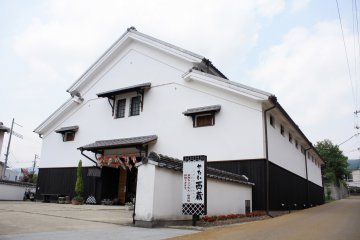 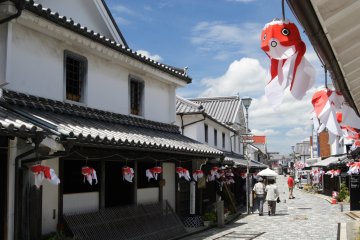 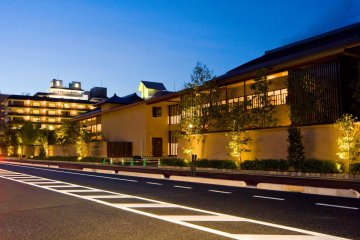 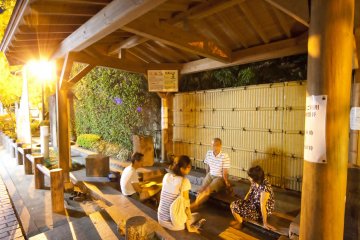 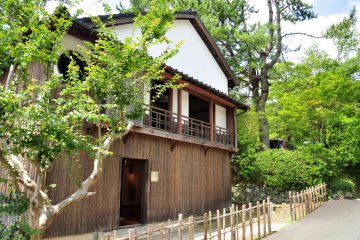 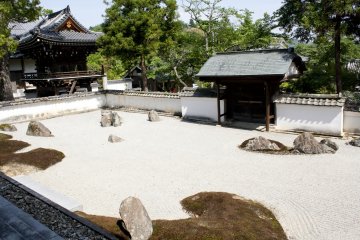 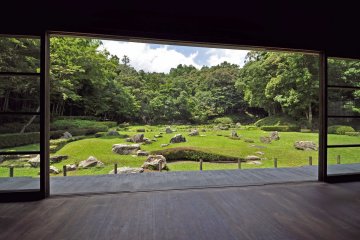 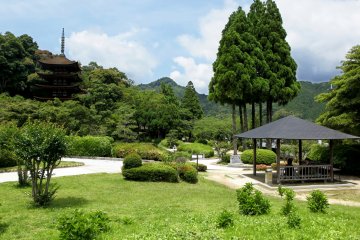 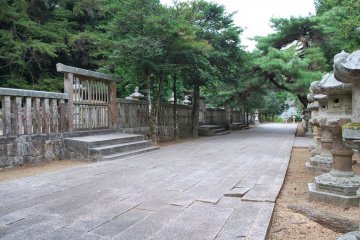 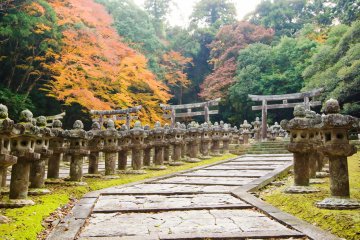 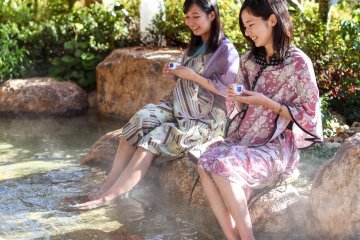 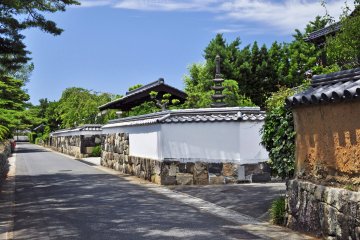 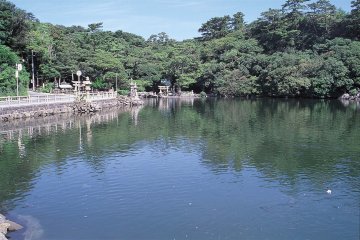