A great place to visit near Numata.

On a rainy day, in early morning, I arrived at Fukiware Falls. The falls are situated about 20 minutes from Numata center. The place has lots of parking, priced at 300 or 500 yen. I found a car park right next to the entrance which was kind of free, but you had to buy something at the shop. I bought a matcha ice cream which was just ok.

When it is raining, there are not many people walking along the trail. You have to be pretty careful when walking on the path because it is pretty slippery. In this regard, there are notices in several languages (Japanese, English, Chinese) to warn visitors to be very careful.
Fukiware Falls are very wide - 30 meters wide and 7 meters long. The water flow is very strong, and it almost made me dizzy walking along it. There was no rope when I went, so you should be very careful, and wear good walking shoes.

I was very impressed by the falls, and by the place in general. Before going down, it seems there is a big hole, and it is almost scary.
The ravine, called Katashina, is about 1.5 km long. There is also a bridge from where you can have an overview of the scenery, and go to the other side of the river. I went during the ‘green’ season. It was already amazing but, I wish I could have gone there during fall. I saw some images on the Internet and it looks wonderful.

I found this place by looking on the Internet about Gunma sightseeing and I was very happy about it. It is situated 1 hour north of Takasaki and about 2 hours from Kusatsu Onsen. This place, if you are in the prefecture, is a must! Japanese people call the Fukiware Falls, the Japanese Niagara.

From Takasaki, 1 hour by car by Kan-etsu expressway.

From Tokyo, the fastest way is to take a subway to Nerima Station, from where you can catch a bus to Fukiware Falls.

Find out more about Fukiware Falls. 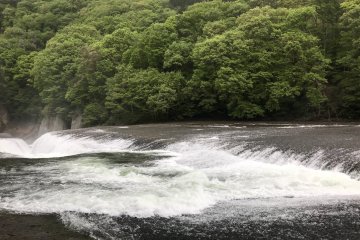 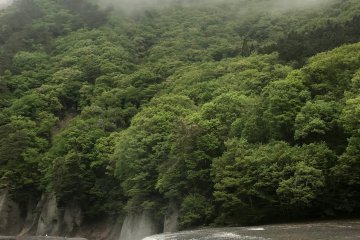 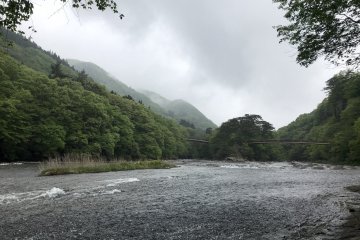 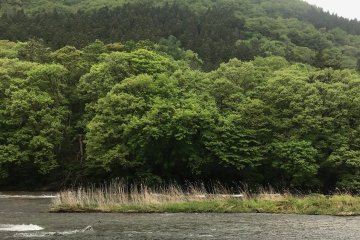 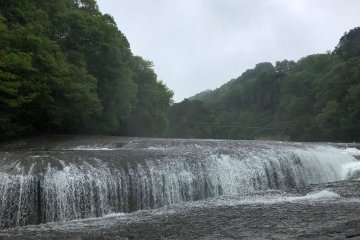