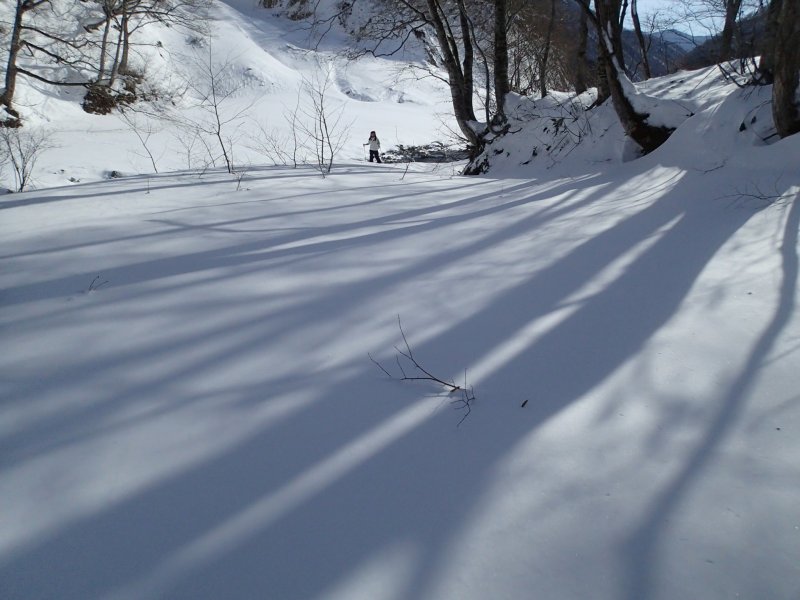 Shadows dance along the untouched snow

With small to mid-sized plants buried under a meter of snow, only the bigger trees stand watch over the forest

Following the trail of those who came before 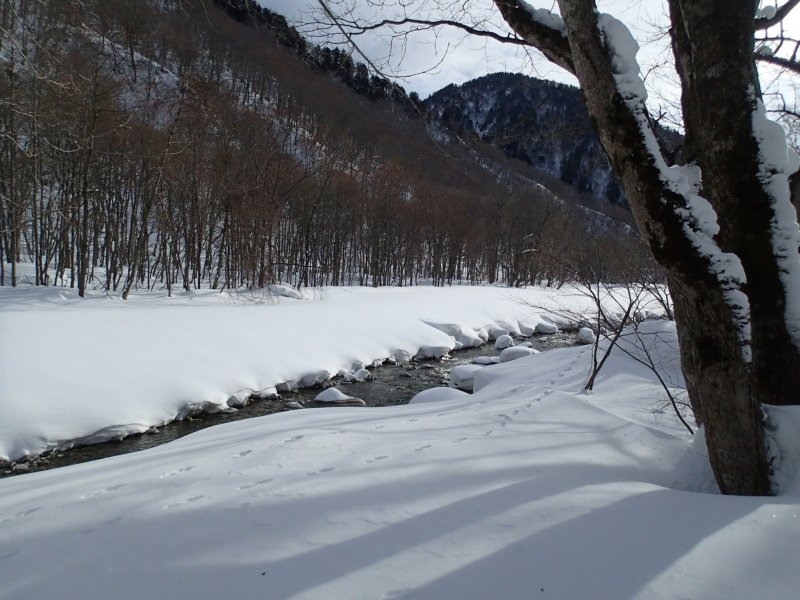 The Yubiso river snakes its way up the valley 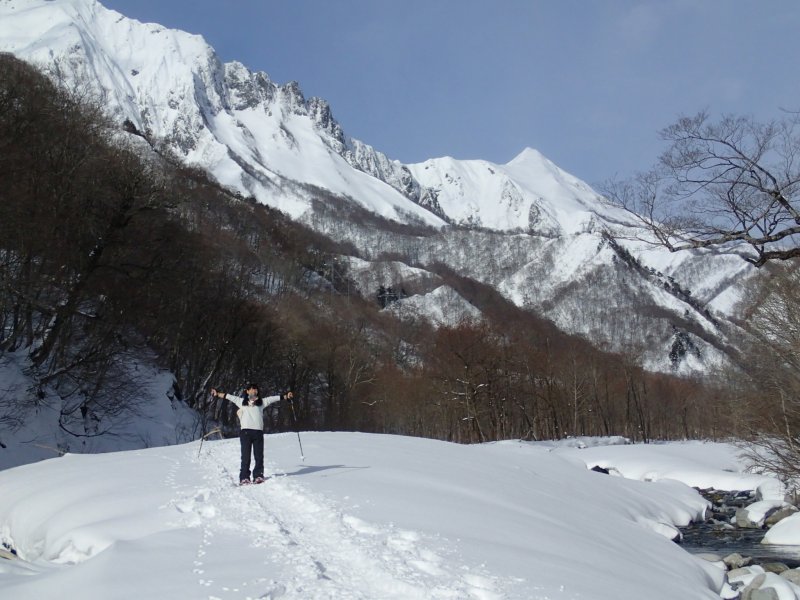 Facing the Ichi no Kura valley 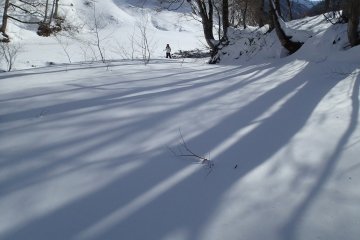 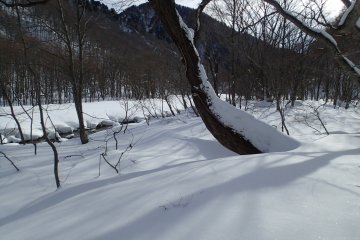 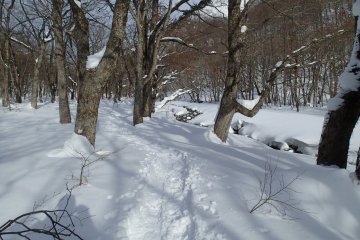 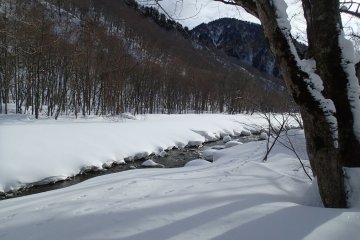 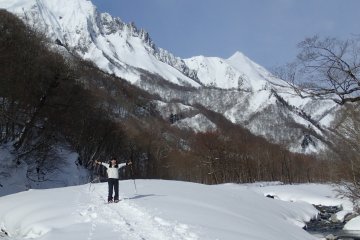 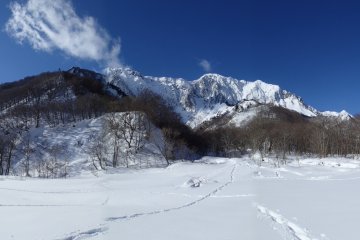 Rising early on the second-to-last day of 2013 to crisp still air and clear blue skies, I realized it was a perfect day for snowshoeing. The previous week's snowfall had blanketed the entire Yubiso valley with at least a meter of soft white snow. Although still early in the season, some sections of the trail were buried under snow drifts as deep as 2 or 3 meters. Without the aid of snowshoes, movement in this winter landscape would be nearly impossible. However, the proper equipment allows for unending opportunities for exploration. We chose to follow the Yubiso River as it snaked its way up the valley, and were able to get superb views of Tanigawadake.