A Hidden Gem in Hiroshima

While throngs of people made their way toward Hiroshima city and Miyajima during Golden Week, I was determined to find somewhere off the usual path, and that somewhere quiet and peaceful was exactly what I found in northwest Hiroshima. Three waterfalls lie along 16 kilometers of hiking trails in an area known as the Sandan Valley, or Sandankyo (三段峡), and this hidden playground was almost empty during one of Japan’s busiest travel seasons.

I arrived late in the afternoon, checked in at Sandankyo Hotel and went to explore the stalls lining the street - the only street in and out of town. While the outside of the hotel was not too impressive, the soothing bath and dinner sprawl was one of the best experiences I have had in eight years of traveling. The ryokan uses vegetables grown in the surrounding mountains; most of the vegetables were picked hours before, and each dish had its own unique taste. The hotel was quiet and relaxing, and soon after a trip to the onsen hot spring I fell asleep on my futon while listening to the sound of the river outside.

The next morning I was greeted by a phenomenal breakfast spread, although grilled fish and vegetables are not everyone’s favorite at 7 a.m. The start of the gorge trail, located right outside the hotel was nothing remarkable, however, it clearly marks the start of your adventure with a large and easily to follow map. Five minutes into the hike I was surrounded by the sounds of nature—birds chirping, water rapids running down over huge boulders, and the soft quiet of the forest. Rays of light were shining through a rooftop of greenery and red-colored rocks with overgrown moss aligned the trail. There is a variety of trails, from 30 minutes to four hours and I chose the four hour course since I wanted to see all three waterfalls and get a good long hike in. It turned out to be the perfect amount of ups and downs, river-crossings, bridges, and breath-taking nature. The shade of the trees and the ice cold ravine water created the perfect hiking conditions for a warm day in the beginning of May. A little under an hour into the hike, there was a boat trip that went through the deep, cool, emerald green waters through Kurobuchi (黒淵) and back out to the trail where a homely tea shop stood in between two trails. I made the mistake of not filling up my water, and I regretted it later, because unlike the rest of Japan, there was no vending machine off on the side of the path. After another 90 minutes of hiking I reached a rope-pulled riverboat that took me through a ravine with more emerald green waters to the second waterfall Nidanki (二段滝). I ate a rice ball while I enjoyed the beautiful scene of the falls splashing into the cool, blue-green pool below. Everyone sitting on the benches seemed just as content and mesmerized by the falls as I was.

Back onto my rope-pulled transport on the main trail, I started my hike back toward the entrance with a detour to the final waterfall, Sandanki (三段滝). The third waterfall was a cascade of white down into the blue below, and a colorful palette of red and brown-colored rocks and green forest made for a breathtaking backdrop. The sun was getting a bit warm, but the spray from the waterfall was a perfect, natural air conditioner. The two hour hike back to the beginning was just as satisfying, and I remembered to grab a drink at the tea shop before heading back toward Kurobuchi to catch my bus back to Hiroshima City.

You can easily make the trip from JR Hiroshima station and get off at Kabe station, then take a taxi to the area. Alternatively, from Hiroshima City bus Center it’s an 80 minute ride directly to the town center, and by center I mean one road that leads to a dead end where the gorge entrance begins. Lining the road on either side are places to stay, and I highly recommend the ryokan visit, the meal and hot spring will not disappoint.

Map of the gorges (Japanese)

Sandankyo Hotel (at the end of 249, next to the gorge entrance) - The page also has information about the return trip and timetables.

Find out more about Sandankyo Gorge.

Been roaming Japan for nine years, and love traveling. My goal is to step foot in every single prefecture. I've been to 32 so far .... My favorite will always be Akita though. I am an Akita girl at heart. 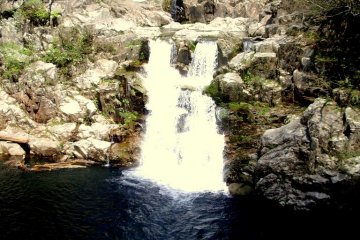 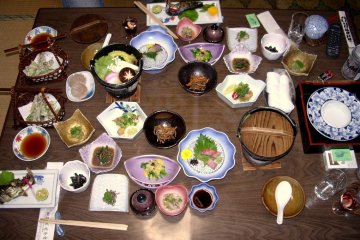 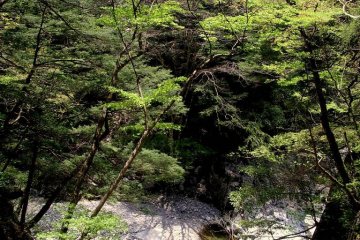 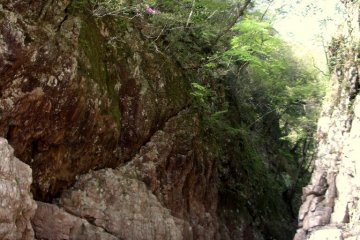 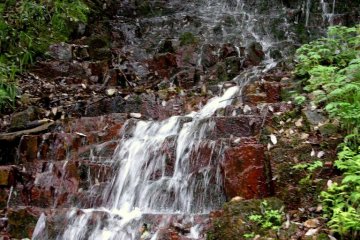 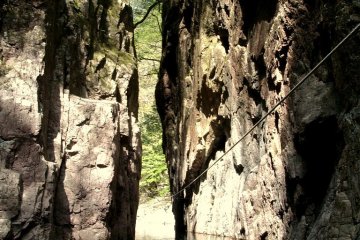 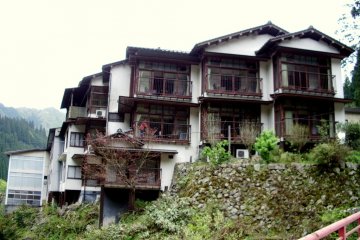 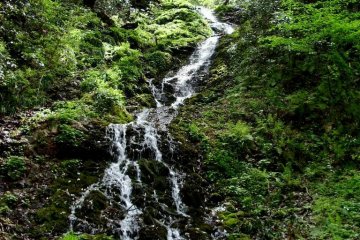 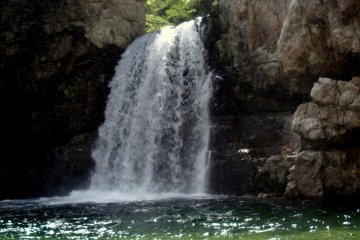