Downtown shrine dedicated to the jolly god of commerce.

The history of Ebisu Shrine, on the Ebisu-dori shopping arcade in downtown Hiroshima city, is intimately linked to the development of the castle town itself.

Ebisu, one of the seven lucky gods of fortune (shichi-fuku-jin), is one of the best loved of the huge pantheon of Shinto gods or kami in Japan. And what's not to love about his smiling face and jolly demeanor? The fishing pole and large sea bream with which he is usually depicted hint at Ebisu's role as a bringer of bountiful catches and explain the small hokora shrines dedicated t him that are often found along the coast.

Ebisu, however, is also the god of commerce and has a strong following among business people and merchants. It is for these characteristics that, in 1603, administrators of the still young castle town of Hiroshima had Ebisu transferred from a shrine in the former Mori clan stronghold of Yoshida (north of the present Hiroshima city) to its present location.

Regular market days and the growth of entertainment, such as women's kabuki in the days before it was banned by the Tokugawa shogunate, contributed to the growth and prosperity of the area. Along with the fortunes of the neighborhood, rose the prestige of the shrine. Soon its annual November festival had become an important event in the city’s calendar.

Despite the shrine’s role in the local community, tucked away up a flight of stairs behind the Mitsukoshi department store and wedged between shops, the outsider can quite easily walk right past without noticing it. For three days in November, however, shrine and the streets around it become the focus of the city.

The annual three-day Ebisu Taisai Festival, known locally as Ebisuko or Ebessan, held between November 18 and 20, is ranked as one of Hiroshima top three festivals (the other two being the Tokasan “Yukata” Festival in June and the Kangensai Festival on Miyajima). Around 300,000 people visit during the festival, and Ebisu-dori Street is quite a sight, decorated with streamers and lined with stalls selling colorful komazare lucky rakes.

Ebisu Shrine is proud of the fact that the festival has been held every year for over 400 years. Even the A-bombing was unable to prevent to festival going ahead, a makeshift building having been constructed on the site of the shrine completely destroyed by the blast in time for the festival held only 3 months after the bombing. 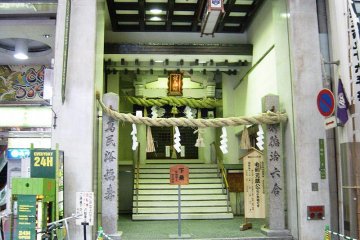 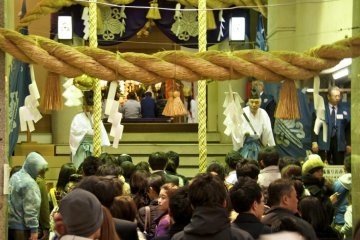 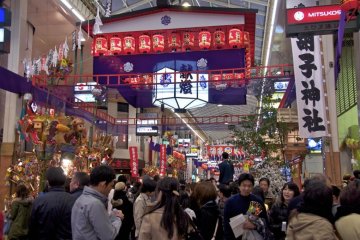 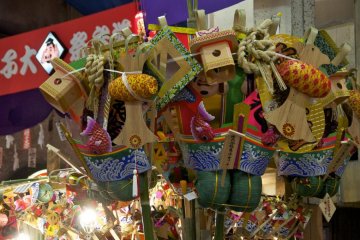