With a permanent collection of some 3,500 works

Renovated in 1996, Hiroshima Prefectural Art Mueseum (HPAM) is one of the largest art museums in Western Japan and it’s permanent collection contains some 3,500 works which are displayed on rotation in exhibitions organized along various themes. Popping into this museum as a part of a visit to Shukkei-en Garden, over which there are some nice views, can be a very pleasant way to spend a relaxing (plus, warm in the winter and cool in the summer) couple of hours.

The collection can be divided into four sections, Japanese Nihonga painting, traditional Asian art crafts and art from the 1920s and 1930s. The museum also tries to include the work of artists with connections to the Hiroshima region.

Among the local artists in the collection, are the nihonga painters Ikuo Hirayama (1930-2009), Okuda Genso (1912-2003) and Kibo Kodama (1898-1971) and sculptor Katsuzo Entsuba. Hirayama was born in Setoda on in the Inland Sea where there is a whole art museum dedicated to his work. He is best known for his depictions of the introduction of Buddhism to Japan and paintings of the desert landscapes of the Silk Road. Also a hibakusha A-bomb survivor, he depicted the bombing in with paint. Okuda Genso (1912-2003), born in the north of Hiroshima prefecture in what is now Miyoshi City, even has a pigment named after him, “Genso red”. Katsuzo Entsuba was born in Mitsugi in Onomichi City, where there is a museum dedicated to his work, and his works the Memorial Tower for Mobilized Students and Friendship can be seen in the Peace Memorial Park and front of JR Hiroshima Station respectively.

The museum also owns two impressive folding screens depicting Miyajima and Itsukushima Shrine that date from the Edo Period. They are painted in great detail and it is great fun working out where’s where are and what’s going on. On the first floor, there is a video room in which you can view many items from the museum’s collection, and the close ups of the screens are particularly interesting. Unfortunately, the narration is only in Japanese, but it still nice to view the artworks in detail.

As with most of Hiroshima’s art exhibitions English explanation is limited. HPAM does seem to be making a concerted effort as you can pick up a pamphlet at the entrance of each of the rooms which has an detailed explanation focused on at least one of the pieces in that room (the English is on the back so it may not be immediately obvious).

HPAM is located adjacent to Shukkei-en Garden. there are several lounge areas on each floor where you can relax and enjoy the view out over the garden and you can enter the garden from the first floor of the museum (through a door next to the museum library) if you purchase a combined museum and garden ticket which saves you ¥150.

The museum has a restaurant on the first floor and a tea room on the third floor, both of which overlook Shukkei-en Garden. There is also a museum shop, which has some postcards featuring works from its own collection and an assortment of art themed gifts of varying quality. 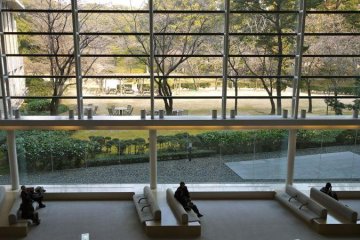 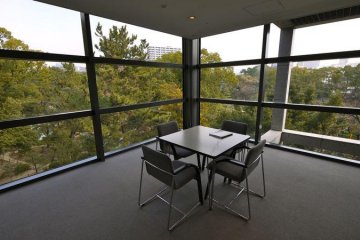 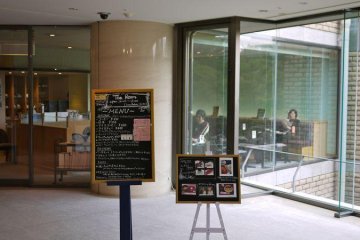 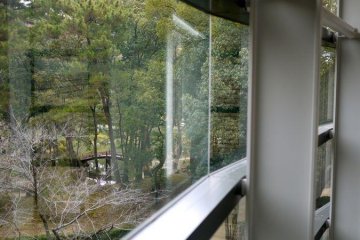 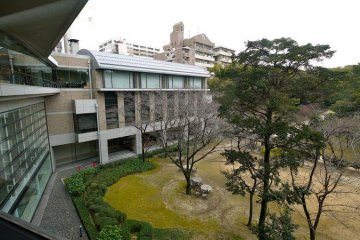 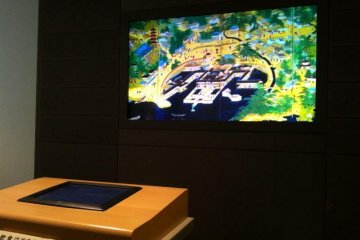 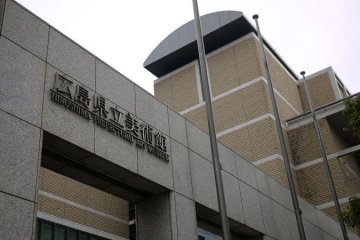