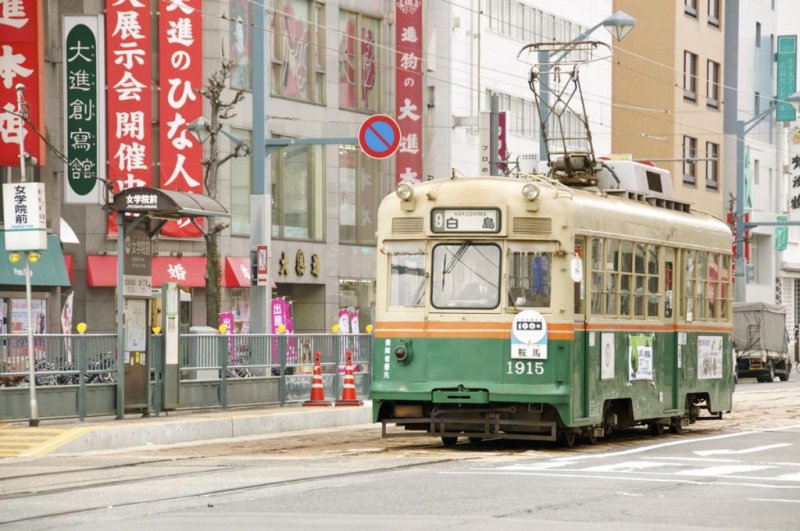 The green tram in front of the busy area of Hatchobori (Photo: gethiroshima)

Classic trams to enjoy in the city center

The green tram in front of the busy area of Hatchobori 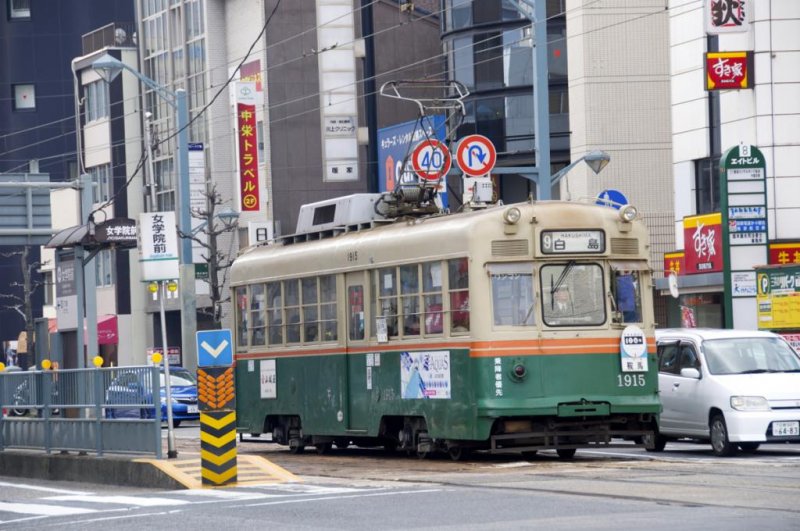 Tram stations are located in the center of busy street intersections. 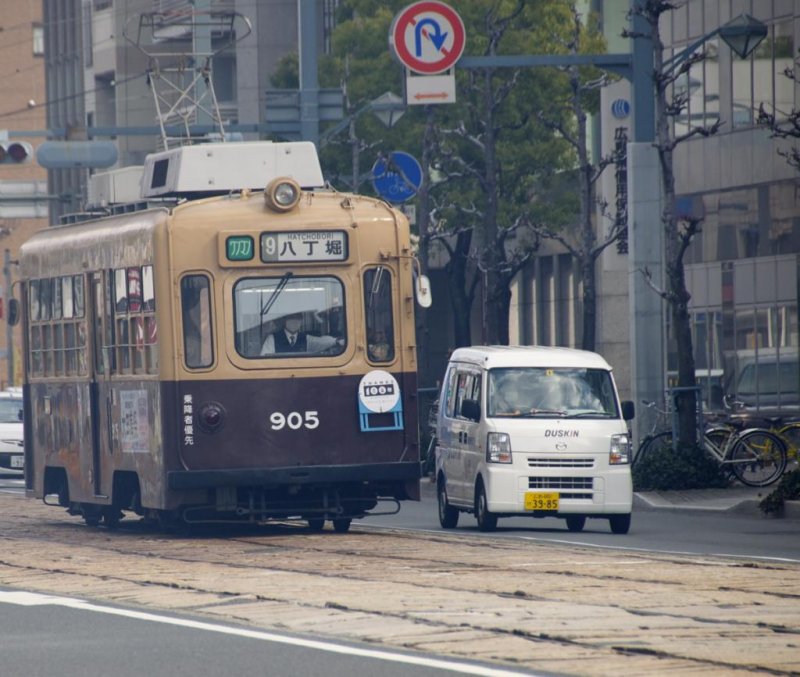 Retro trams are the same shape as a mini-car, just a little bigger (and a lot heavier). 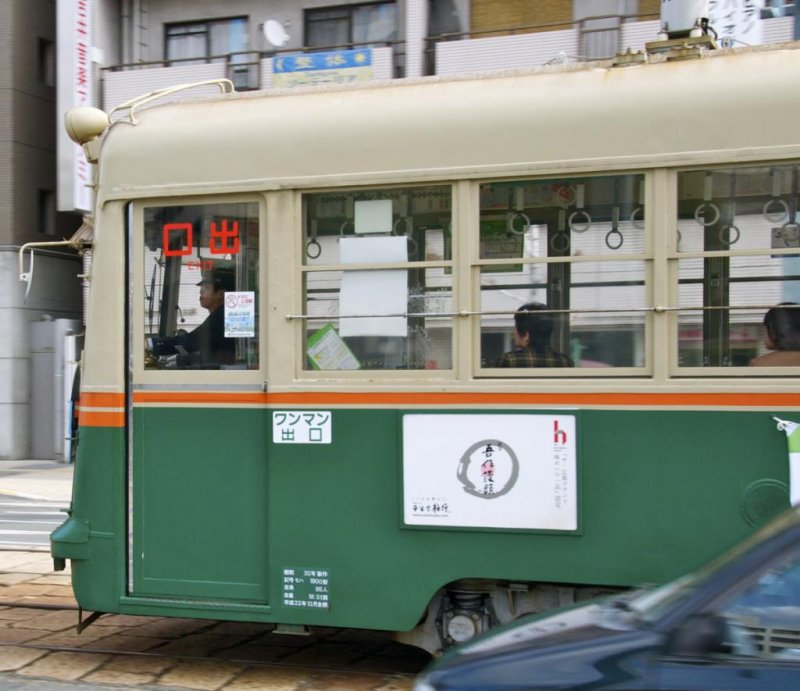 You can spot the friendly drivers at the front, they will return a wave if you make eye-contact. 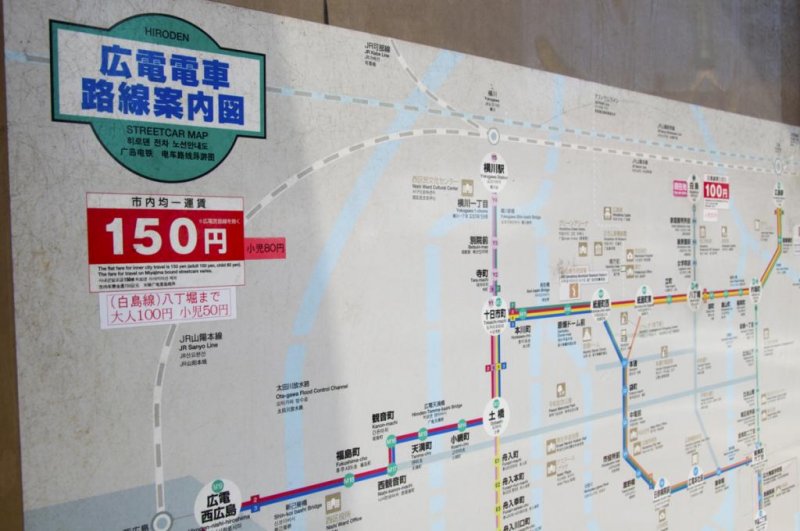 This bilingual tram map (Japanese and English) will be updated slightly at the end of 2013, but prices should be unchanged. 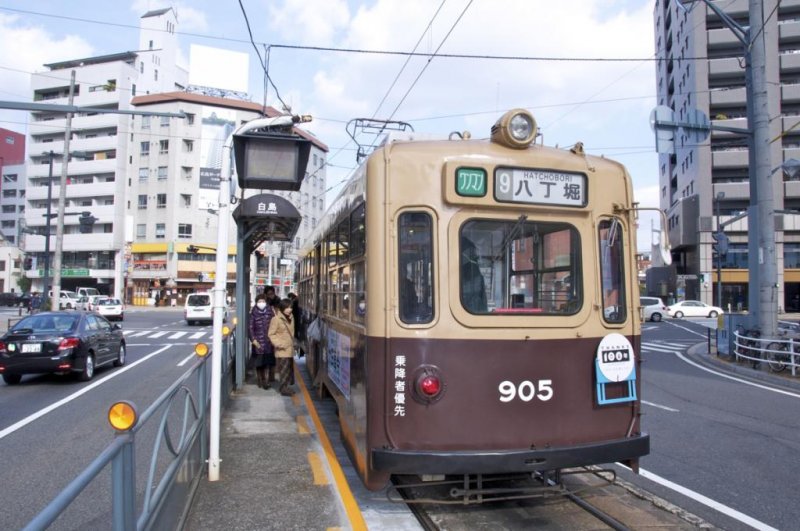 View of the tram at Hakushima Station, the end of the line in this suburb near Hiroshima JR station. 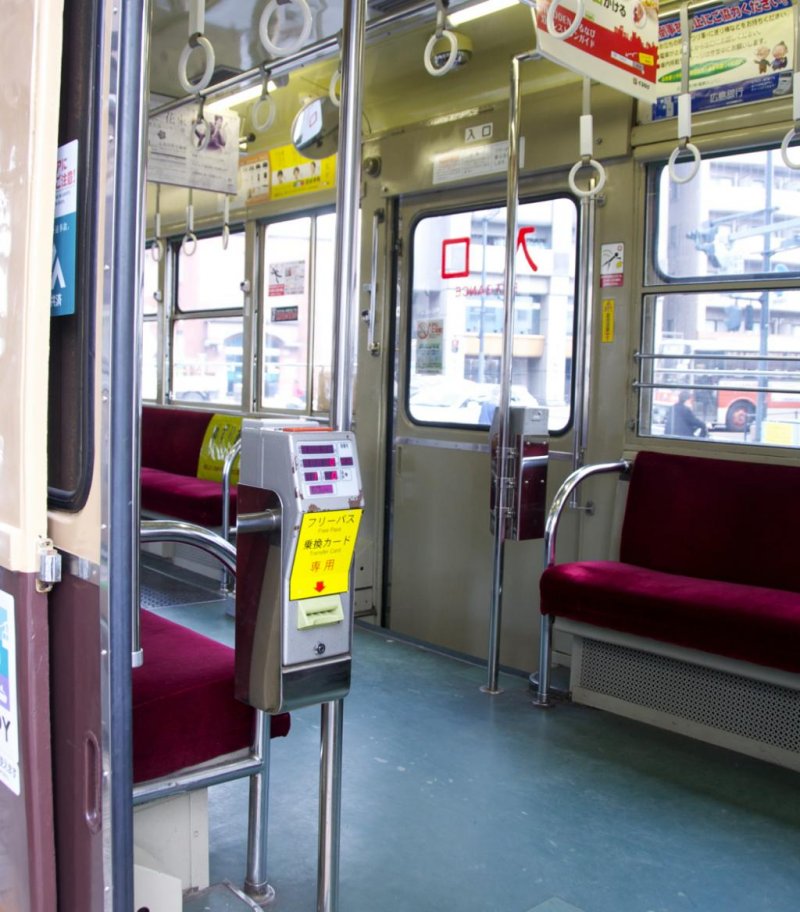 The inside of these old classic trams have plush velvet seats and style of days far gone. 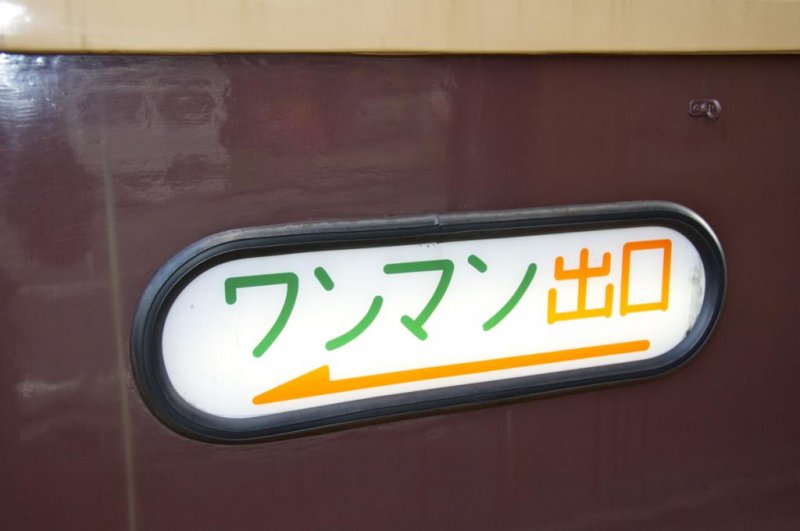 This "One-Man" sign means there is only one staff (driver) on board. Sometimes at busier times, there is a conductor in the passenger area as well. 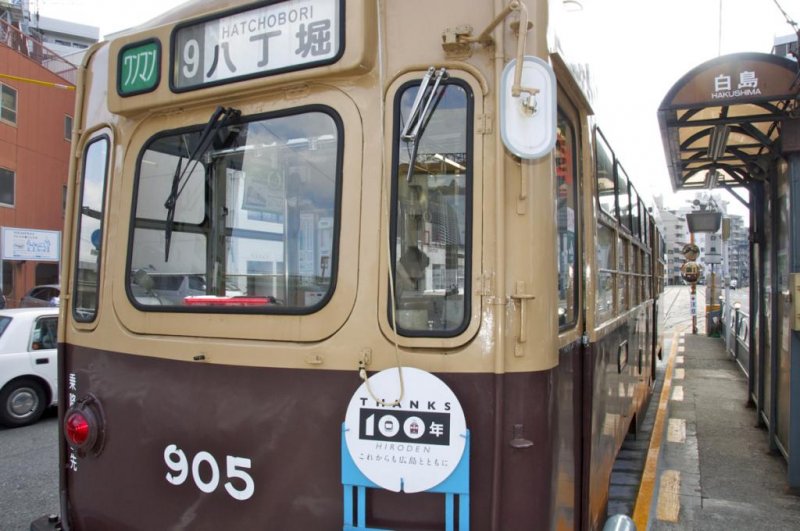 The brown tram end in detail. I love the old style molded windows, mirrors and other details. 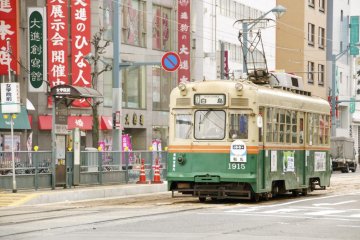 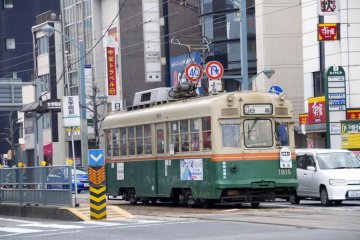 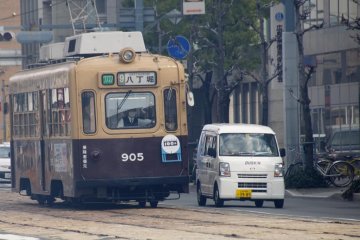 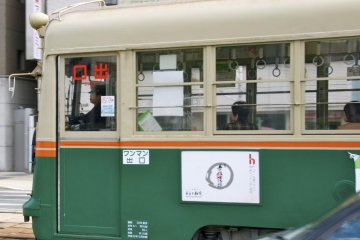 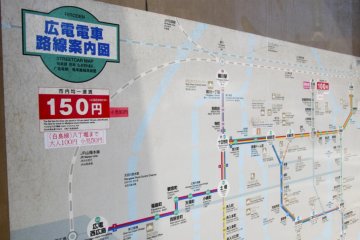 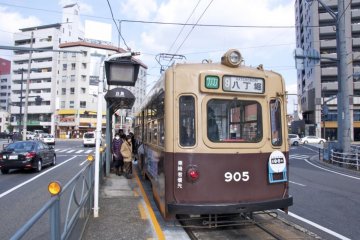 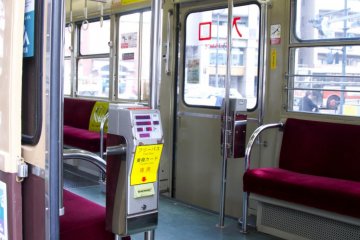 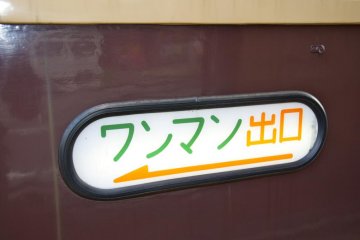 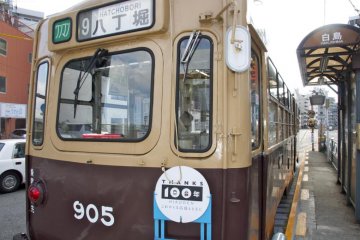 The whirr and clunkity-clunk of these old trams as they cruise along the busy streets in Hiroshima city are a familiar sound of this traditional sight. As many of these retro vehicles are being upgraded to more modern, sleeker versions, these post-war models will become more cultural heritage than a part of an everyday commute. Priced at only 150 yen per ride (cheaper for kids) no matter how far you travel, street cars are a better choice than a bus to cut through the busy traffic of the city for a cheaper price. These electric rails run from the Hiroshima JR station through the city center and continue all the way to the Ujina ferry port. These pictures were taken along the Hakushima line which heads into the center of town (Hatchobori) from the suburb of Hakushima (not far from Hiroshima station)