Closed in late 2019 due to the owner's health — a sister branch in Fukuyama City still runs.

Shukaen (朱華園) is a massively popular ramen shop in Hiroshima's Onomichi area, and represents one of the best places to try out 'Onomichi Ramen'.

Onomichi Ramen is characterised by its flat, homemade noodles, shoyu/soy sauce based soup with dashi extracts of chicken (toriagara) and local Seto Inland Sea seafood, and the suspended chunks of fat (seabura) that fill the bowl. Try the main dish at Shukaen, Chuka Soba, for just ¥600.

Though the brand was first popularised by neighbouring Fukuyama, as its reputation started to put Onomichi on the map, local noodle production began to expand, most notably with Hasebe Seimen. Now the region is a pilgrimage for those looking for quality ramen, and can often be busy throughout the day along with nearby 'Tsutafuji'. This has no doubt been helped by the city's own shinkansen stop on the Tokaido-Sanyo line since 1988.

I first visited Shukaen way back in 2008 and the queues then, even on a weekday, were as colossal as they are now. Definitely take the chance to drop by if passing through Onomichi or onward to Hiroshima. Onomichi itself has much to see and the ropeway up to the top of Mount Senkoji is not to be missed either, offering myriad mountaintop temples to stroll by as well as views of the Seto Inland Sea to boot.

The town itself is small, calm and idyllic, no doubt reinforced by the local cat population, which has given the city something of a cult reputation, even getting its own Cat's Eye Google Street View mini-site back in September 2015. Otherwise, there are a fair few rival ramen shops in the neighbourhood, also serving up local 'Onomichi style' ramen. If you can, why not try Setoda lemon as an experimental topping – it's another Onomichi—if not Hiroshima—staple, with Setoda well-known throughout Japan as the largest producer of lemons nationwide.

Shukaen is about a 20 minute walk east of the main station, in the heart of the Onomichi area. Closed Thursdays and every third Wednesday. 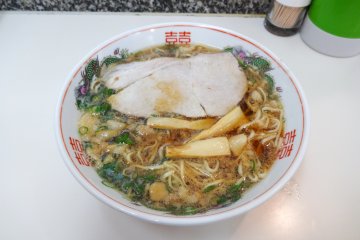 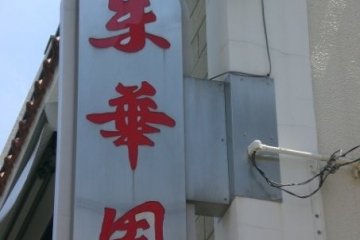 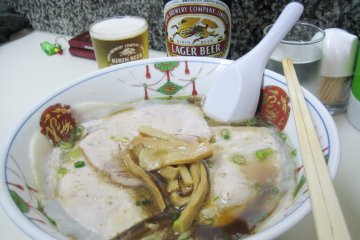 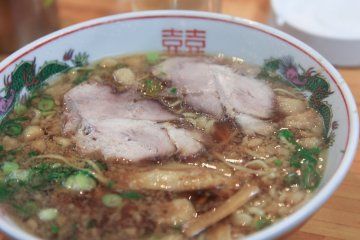 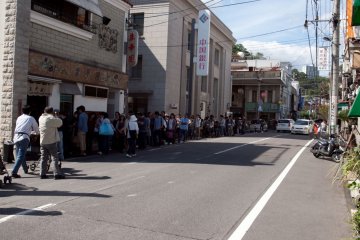 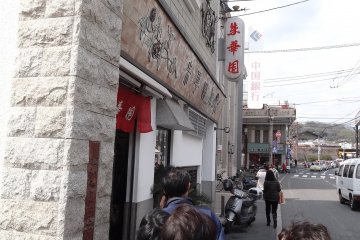