The Eternal Sadness of Hiroshima

By train, I go from the sanctity of Koya-san, through to the chaos and bustle of Osaka, to the sad city of Hiroshima. The atomic bomb was dropped on Hiroshima by the American B-29 bomber, Enola Gay, on 6th August 1945.

First, I visit the Atomic Bomb Dome which sits on the riverside. The ruin is all that remains of the Prefecture Industrial Promotion Hall, which was one hundred and sixty metres away from the centre of the blast. Everyone inside was instantly killed. The Aioi-bashi is the ‘T’-shaped bridge over the Honkawa and Motoyasu rivers, which was the apparent target point of the bomb. Incredibly, despite being snapped back and forth, the bridge did not collapse and, after repair, the bridge was still in use until it was replaced in 1983. I walk across the eastern part of the bridge and walk alongside the Honkawa toward to the Memorial Park. It’s quiet, with just a few people paying their respects. On the opposite bank to the dome is the Peace Clock donated by the International Lions Club. At a quarter past eight every morning the clock chimes for perpetual peace. Further along is the Atomic Bomb Memorial Mound. Local teenagers skateboard along the pathway in front of it as if this was any normal city park.

In the middle of the park is the Children’s Peace Memorial. Here, there are rows and rows of folded paper cranes held in protective boxes circling the memorial statue. Sadako Sasaki was ten years old when she was diagnosed with leukaemia, having been exposed to the radiation from the atomic bomb from the age of two. She believed that if she could make a thousand cranes she would recover. However, after making six hundred and forty-four cranes sadly she died. Her classmates decided to finish the remaining cranes in her memory and so the cranes have now become a symbol for hope, longevity and happiness here in the park.

On the other side of the road, there’s an eternal flame and the War Memorial Museum. I don’t want to go in. The park is not as harrowing as I expected it to be, but it’s not a pleasant place. How can it be? The park is clean and tidy but nobody seems to linger or stroll as they do in other city parks.

I am told that the city has rebuilt itself into a modern metropolis of over one million people, famed for its distinct local dialect, its distinct local foods, and its eclectic mix of old and new trams. The iconic old trams are called chinchin densha (not to be confused with a similar sounding Japanese slang word). Yet today I cannot see any signs of this prosperity, just a prevailing sadness.

Of course, various myths exist as to how Hiroshima was chosen to be destroyed. The story goes that that Kyoto was actually on the top of the list of cities the Americans drew up as targets for the atomic bomb. One story is that simply the weather on that fateful day prevented Kyoto from being the target and it was switched to Hiroshima. A much more fascinating tale, however, is a story relating to Henry Stimson, the US Secretary of War at the time. It is said that he had actually visited Kyoto prior to the War and, against all protocol, removed Kyoto from the list of potential targets and hence the fate of Hiroshima was set. Later, after the War ended, Stimson returned to Kyoto for his honeymoon. 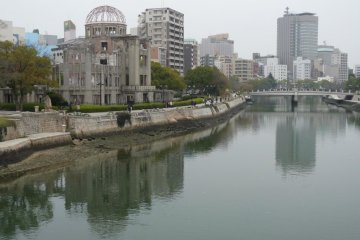 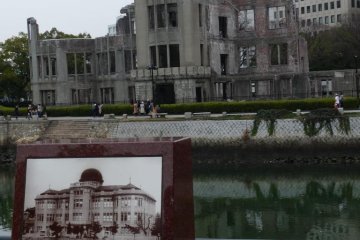 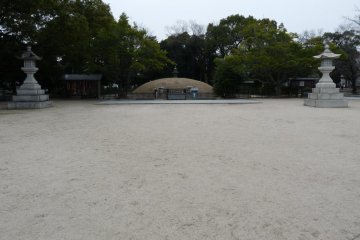 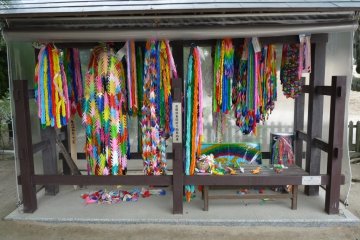 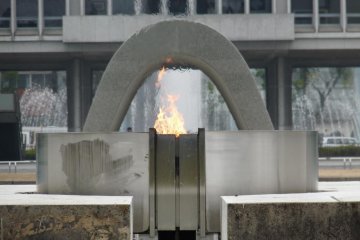 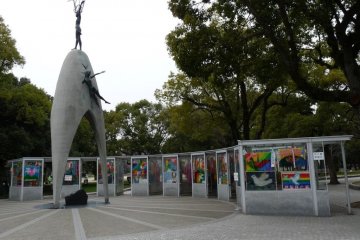