The Kure maritime museum, or "Yamato museum" as it is often referred to, is in the port area of Kure city. The museum shows the history of the naval base in Kure, shipbuilding techniques and offers hands on lessons (for the kids) in the science of water buoyancy and other principles of boat making and sailing. The most popular part of the museum is the Yamato ship replica in the center and the wartime artifacts, the history of this famous ship and its tragic story.

The museum is both impressive and interesting and they have made an effort to explain the history and many of the displays in English.

There are some parts of the museum which do not have any explanation, or only a title in English that I was curious about. Many of these relics are really interesting in terms of Japanese history and culture. It was enlightening to go with a Japanese friend who could explain these things. I also asked some staff members about some of the items on display and in a mixture of Japanese and English I could grasp the basic idea.

I was especially fascinated by the 1,000 stitch belt - it was a community's way to support their loved ones and soldiers from their area as they went off (without typical protective gear) to war. The material is a soft cotton Obi belt which you may still see worn in Japan now, but before deployment a family member or wife would take the belt door to door and ask that a different person do a stitch on this obi until there were a thousand. This was supposed to give the soldier good luck and protect them from harm.

The manned torpedo in the "large objects exhibit room" is also of interest. I hadn't realized that it wasn't only the kamikaze fighter pilots that were asked to sacrifice themselves in battle. There is a recorded message from one of the pilots that you can listen to as you look at the torpedo on display.

In the history of Kure section of the museum, you can learn of the significance of this city in the 1900's and how they became world famous for ship and tanker building. The Yamato battleship was world famous and considered the most technologically advanced warship of its time. If you like movies, a dramatic version of the story of the famous ship and events leading up to the final suicide mission can be seen in the movie "Yamato".

Upstairs, there are many fun activities for kids to learn about the science and engineering behind boat building. The gift shop also has a unique and interesting selection of naval and Kure souvenirs that are worth having a look.

Overall, the theme of the Kure maritime museum does not glorify war, but focuses on the history of the city, the technological successes of shipbuilding and the lifestyle of the people in the Navy and those living in Kure during the war. There are many personal accounts of loss, these heartbreaking personal stories of life during the war seem to promote a message of the senseless nature of war and a hope for world peace. It is an interesting and thought provoking museum well worth a visit.

Audio tour in English is available as well as an English pamphlet. Wheelchair and stroller accessible and baby changing facilities in the women's toilet. There are rental bicycles available if you want to ride around the port area to see the ships in dock (¥500).

You may also be interested in the JMSDF marine military museum called the "Tetsuno Kujira".

Find out more about Yamato Museum. 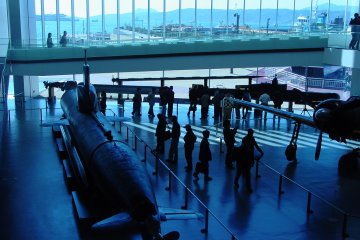 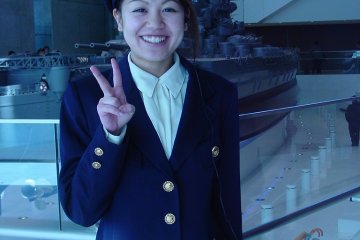 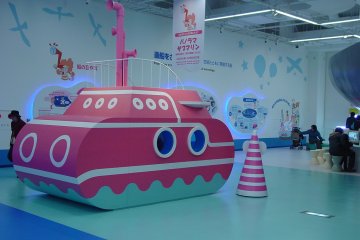 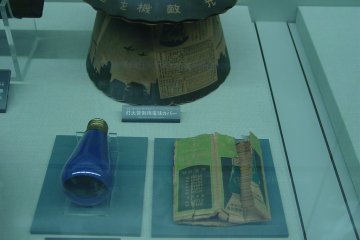