After utilizing Japan Rail’s Semmo Line in Hokkaido, I found myself in the northern port city of Abashiri. I didn’t know a lot about the city, but as a traveler I wanted to visit the area and see what it had to offer. With the forecast calling for rain, I decided it would be best to make it a “museum day.” Thankfully, Abashiri was able to oblige and provided an opportunity for the unique experience of visiting the city’s Prison Museum.

During the Meiji Restoration period, the island of Hokkaido underwent a tremendous amount of settlement, development and expansion. With the restoration came a rise in the democratic rights movement and a subsequent increase in the arrest and sentencing of political prisoners. With an excess of prisoners the government sought to bring about a solution to their self-inflicted problem: Send the prisoners to Hokkaido.

Abashiri Prison was one of five large prisons established with a mandate to use the prisoners as laborers in the expansion and development of land in Hokkaido. Agricultural practices were established and the prison became a center for soy and miso production as well as the labor behind the development of local and inter-prefectural infrastructure campaigns such as the main road connecting Abashiri and Asahikawa.

The grounds are massive and take at least two hours to see completely. There are 22 building areas in all; some have been completely restored while others are reproductions. You can walk through the agricultural processing areas, solitary confinement, barracks and administration buildings. Perhaps most impressive is the radial five-winged prison modeled after a similar Belgian prison with its guard house located at the center, allowing every wing to be monitored at the same time.

One of the unexpected aspects of the prison museum was the life-like mannequins that are located throughout the various buildings. They are very realistic, some eerily so. If you get a chance to visit you may also notice that every guard was apparently required to grow a rather impressive mustache and at one point I couldn’t help myself and snapped a couple of photos.

The cost for admission is relatively high at ¥1050, but if you stop at the information center at Japan Rail’s Abashiri Station, you can receive a discounted ticket for ¥940. Access from the station is by bus from stop number two (the information center can provide directions). The bus trip is only five minutes long — but you must tell the driver that you want to stop at Tentozan (costs ¥230 each way). From the stop it is a one kilometer walk up a gradually sloped hill. 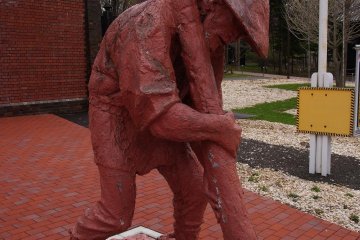 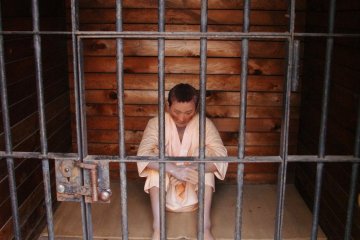 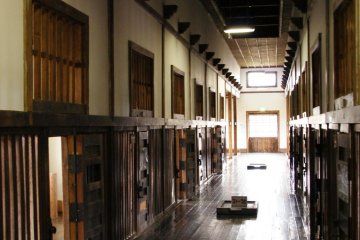 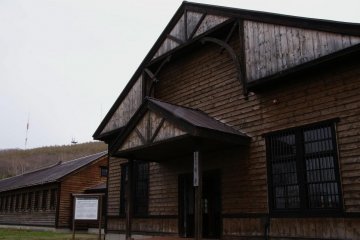 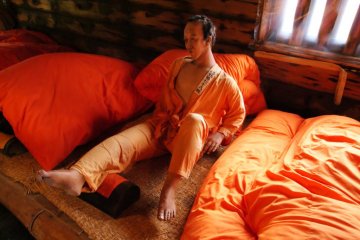 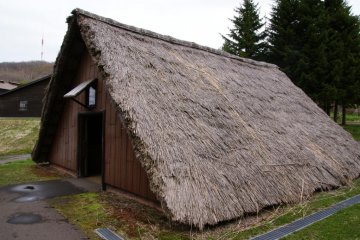 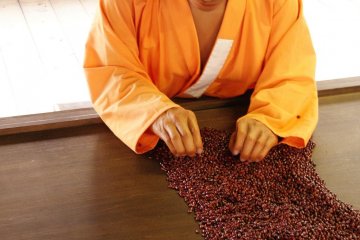 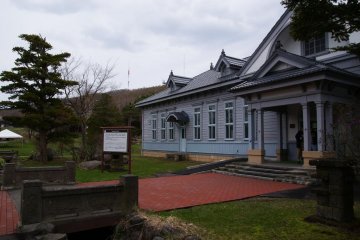 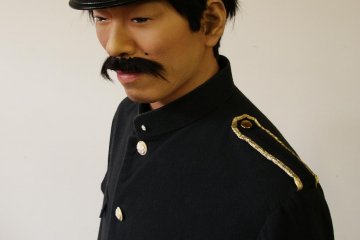