If you visit Monbetsu in Hokkaido, you're going to find plenty of seafood restaurants. This part of Japan is renowned for its high quality crab in particular - it's often touted as some of the world's best. Another seafood based must-try when you're in the area is kamaboko, or fish cakes, and the top place to try it is Dezuka Suisan. They've been around since the 1930s, so with almost 100 years of history you can be assured that they know their stuff.

Kamaboko is made by pureeing white fish, forming it into shapes, and then steaming or frying it. On my visit to Dezuka Suisan I was able to head back behind the scenes and see some of the staff preparing it (their factory is connected to the retail store), which certainly gave me a new appreciation for how it's made. The fish they use for their kamaboko are predominantly sourced from the local area, which are then combined with other ingredients including various vegetables found across Hokkaido.

There are numerous different kamaboko types to choose from at Dezuka Suisan. If you're local, you can buy them and cook them at home, or there's also the option to enjoy them on the spot - the staff can fry them up for you right then and there. There's a sitting area on the second floor which has several tables and counter seats by the windows, allowing patrons to indulge in their snack whilst looking out upon the snowy landscape during the winter months.

Dezuka Suisan is located right by the Monbetsu Port area. It's under a ten minute walk from a number of the area's major accommodation spots, including the Monbetsu Prince Hotel and the Monbetsu Central Hotel. If you're driving, there is a small on-site parking lot available. 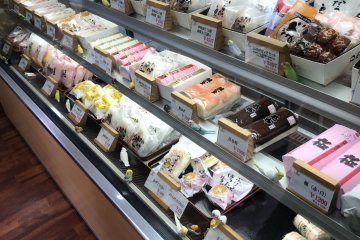 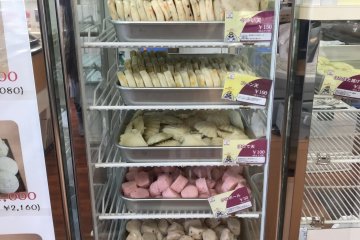 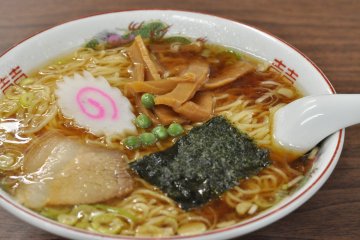