Kushiro Airport is located in eastern Hokkaido, and serves as a gateway to the impressive nature and wildlife that can be found in this region of Japan. The airport has routes to Sapporo (both New Chitose Airport and Okadama Airport), Tokyo (Haneda and Narita), and Osaka (Kansai and Itami), There is also a seasonal route to Nagoya's Chubu Centrair Airport.

The second floor of the airport is home to several retail stores selling a range of different local foods, drinks, and handicrafts. There are regional sake and wine varieties you can purchase, right through to dairy and seafood products. Also located on the second floor is Shine Bless, a wellbeing store where you can get massages and facials for some relaxation before your flight.

There are two restaurants situated on the third floor - Hokuto focuses on Japanese cuisine, and their signature dish is soup curry, a Hokkaido specialty. There's also Restaurant Tancho which offers a number of dishes that use locally-sourced ingredients. Aside from the appeal of the locally-sourced ingredients, the windows at Restaurant Tancho look out over the runway as planes arrive and depart.

For those who arrive into Kushiro Airport and want to explore the region by car, there are a number of rental companies to choose from. The counter can be found on the first floor, just outside the arrivals lobby. For parents, there's a nursing room located on the second floor.

Kushiro Airport is located approximately 20 kilometers from Kushiro City. Bus services are available from the airport to the city center - fare and timetable information can be found at the following link (in Japanese).

For those who are driving to the airport, on-site parking is available. The first 30 minutes are free, and rates are charged hourly thereafter up to a maximum of 700 yen per day. 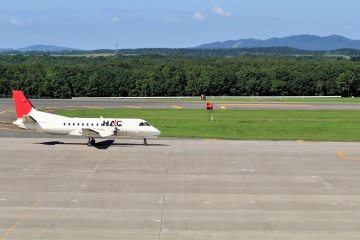 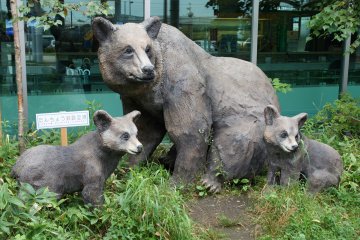 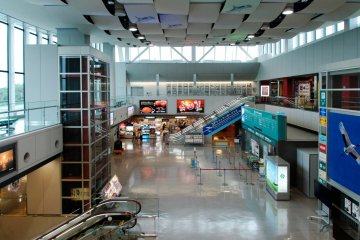 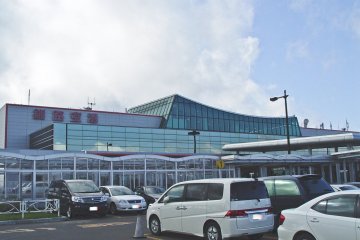