The one on the end looks like an Ainu moai. (Photo: Michelle Ishiki)

Not your typical cemetery

“What the …?” That’s what went through my head when the snow-covered back road view was interrupted by a row of moai off in the distance. I was on a city bus headed for Takino Snow World for some snowshoeing. Who knew I’d encounter my favorite megaliths during a trip to Sapporo. A search on the Internet with only two words, “moai” and “Sapporo”, brought up a blurb about Makomonai Takino Cemetery (真駒内滝野霊園Makomanai Takino Reien). A cemetery. In the middle of nowhere? With moai? My interest was piqued, but sadly I was leaving the next day.

Makomanai Takino Cemetery was established in 1982. It covers 1,800,473㎡ and is open all year round. There’s a free shuttle service from Makomanai Station, and admission is free as well.

Makomonai Takino Cemetery, Take 2. Two years later when I went to the Sapporo Snow Festival again, I made it a point to visit the cemetery. The day I went, it had been snowing off and on and when I arrived I was the only visitor in sight. I soon realized that the moai weren’t authentic, but there sure were a lot of them. Guess what was across the way from the moai? Stonehenge and a Great Buddha. (What a great way to save on travel expenses.) Unfortunately, there was some construction going on so they weren’t accessible. It started snowing heavily and there wasn’t any place to take shelter, but luckily a concerned groundskeeper offered me a lift to the visitor center where I could wait until the weather cleared up. From there I could see acres of headstones peeking out of the snow.

Makomonai Takino Cemetery, Take 3. The cemetery was still on my mind, but another two years would pass before I would find myself in Sapporo again. This time during the summer. With only a slight drizzle to deal with, I was finally able to properly check out this quirky place and discovered there were other intriguing artifacts to see as well. The cemetery is like an outdoor cultural museum. I saw that a large piece of land had been cleared for something. “For what?” I wondered. More grave plots? Or perhaps Egypt’s Step Pyramid of Saqqara. 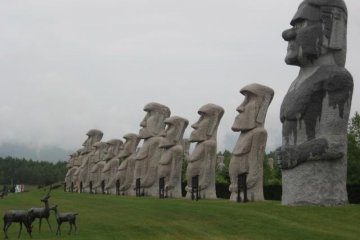 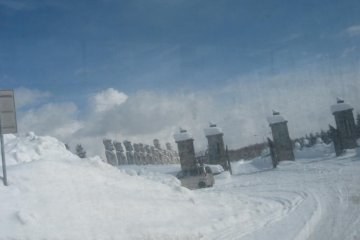 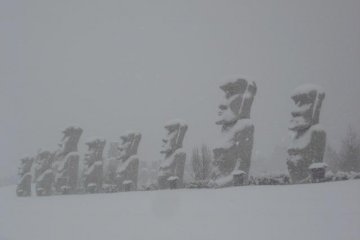 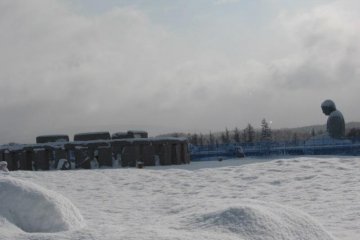 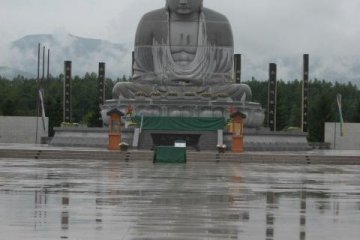 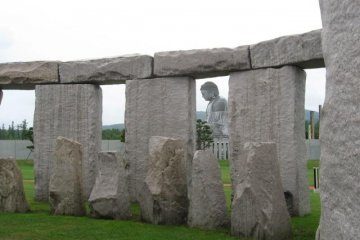 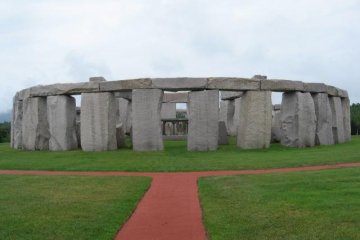 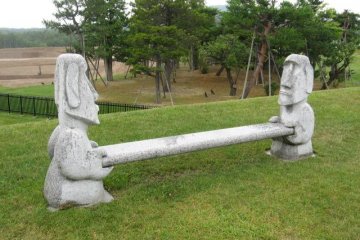 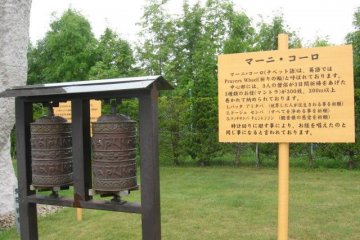 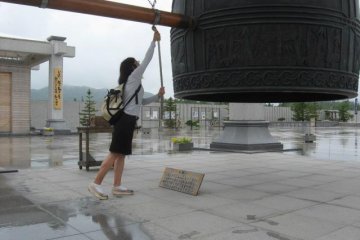