Just after 4:00 on a Monday afternoon isn't exactly a bustling time for a restaurant or bar, but Otaru Beer's Leibspeise provided the perfect refuge for a weary traveler with an hour to kill.

Otaru Beer, based in the city of Otaru northwest of Sapporo on the Sea of Japan, has been brewing traditional German style beers since it opened in 1995, part of a larger boom of craft beer in the country that began when a tax reform allowed small brewers to operate.

The company's product is based on recipes which are more than 200 years old, coming from the family of their German brewmaster Johannes Braun.

Leibspeise — one of three pubs the company operates (one is at the brewery in Otaru and the other is in Tokyo — is easy to find, conveniently located between Odori and Susukino stations in the center of Sapproo.

Tables fill out the third-floor dining room with windows overlooking the side street below. During my visit, only one other group was eating and drinking, with occasional shouts of "cheers" providing a festive background for my tasting session at the bar.

The bar counter seats offer solo travelers a comfortable, relaxing environment, and my initial question to the staff about the spelling of the seasonal beer on tap led to a deeper conversation about where I was from and (probably) why I was taking so many pictures of the glass of Dunkel.

In addition to the Dunkel and the rotating seasonal, the standard offerings are Pilsner and Weiss. A 500ml mug goes for 640 yen, though smaller and larger options are available.

The food menu is robust as well, with so much variety that I couldn't decide until I'd downed my first pint. The variety is connected to the name of the restaurant, as I later learned that Leibspeise means "favorite food" in German. I ended up selecting nachos, a comfort food for me, although I regretted not trying something more adventurous.

Soon my window of free time closed, and despite a journalistic urge to order a third beer, I headed out the door, attempting to commit the day's new German vocabulary to memory.

Whether you're a fan of German style beers or just want to try something that stands out from the mass market Japanese lagers, Leibspeise is a great place to dine and drink. 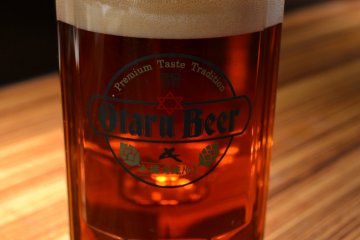 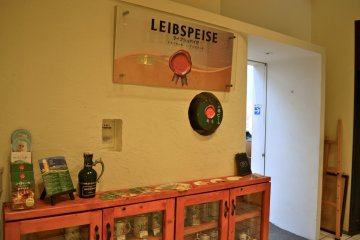 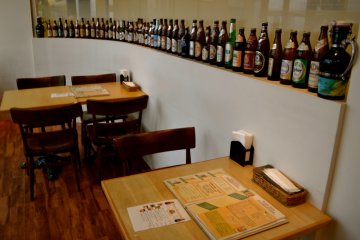 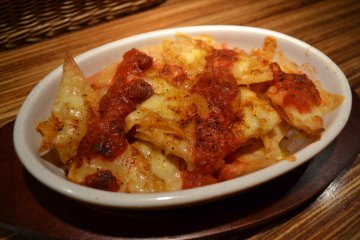