After a day at the Yuki Matsuri, I walked to Sapporo Brewery via the old bottle factory. Both of these are wonderful red brick buildings with a very soviet feel to them - I think it is because the Sapporo logo is a red star, and it is written in Katakana rather than kanji/hiragana so it has a very angular look. The bottle factory has now been turned into a mall but the outside has been left the same. I got a bit lost on the way to the brewery when I tried to short-cut (follow the signs and don’t get clever; there is a railway line and shopping center in the way) and ended up walking about for ages, but when I got there it was well worth the hike.

It is a very photogenic building, with ivy growing over the red brick building with a chimney and the tour is excellent and free.

The exhibits are well set out but minimal with small garden gnome-like figures showing a representation of the brewing process as if made with children’s toys. They are fully aware that while a little bit of history of the company and the beer brewing process is interesting, they also know that basically you are there for the discounted bar on the 2nd floor and don't make you wait for it!

You can try a sampler platter with 3 glasses of Sapporo’s different varieties (¥500), or just order by the glass, including Sapporo Classic, which is only available in Hokkaido and beer is only ¥200 a glass, so it’s awesome value.

Once you have done the tour there are a number of "beer garden" restaurants and I went to the brewery own which was another soviet styled behemoth with a tower and stained glass windows just across the square. They had ‘eat and drink as much as you want’ Ghengis Khan Mongolian lamb BBQ where you cook pieces of lamb, cabbage, and onions on a table-top hot plate, which is a Sapporo winter specialty.

Stuffed and quite drunk, I left to find it was snowing outside. And this wasn't just snow, this was Mark and Spencers' big, fat, soft, slowly drifting postage stamp-sized snow. The garden area is lit with ice block tea lights and hanging candle lamps and has little walkways cut into the snow between the trees. The brewery is all lit up and looks gorgeous enough to bring a tear to the eye, and once again, I decided that Sapporo is one of my favorite places in Japan. 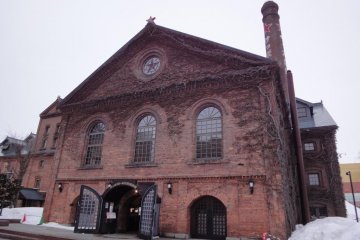 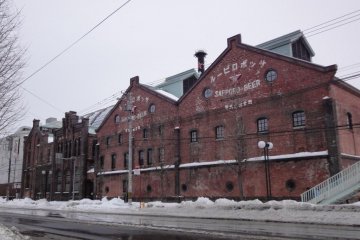 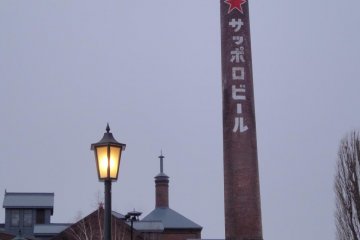 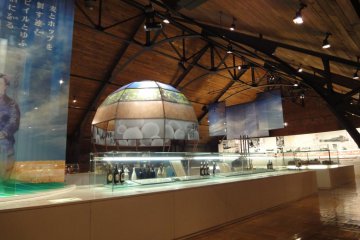 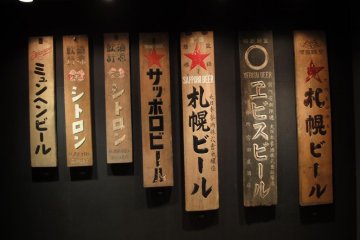 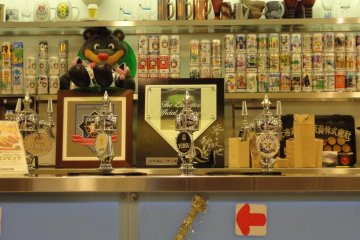 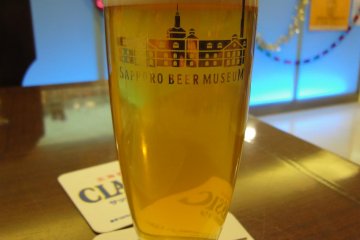 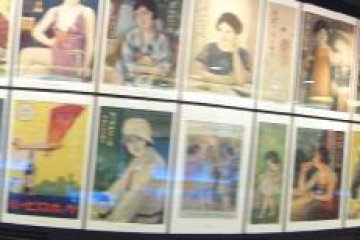 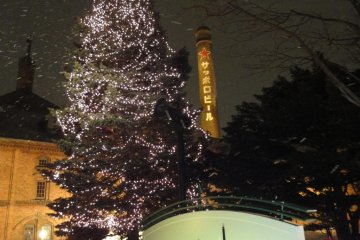 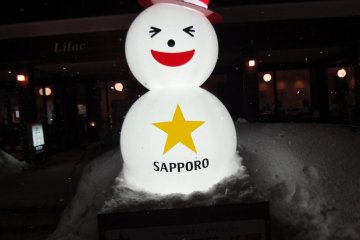 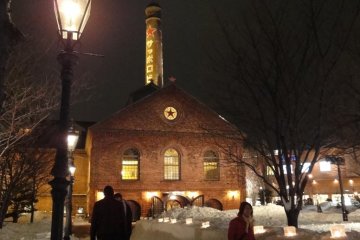 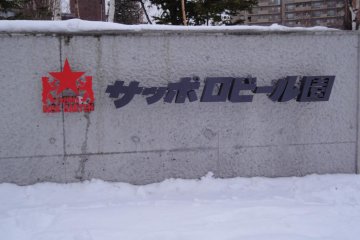 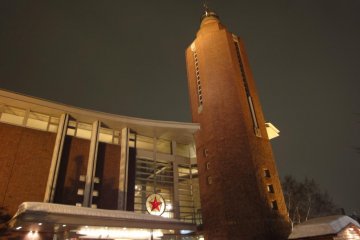 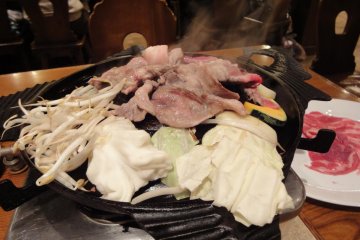 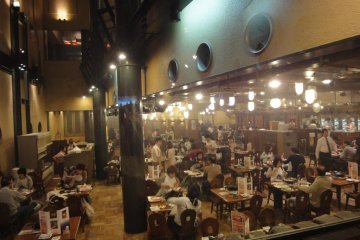 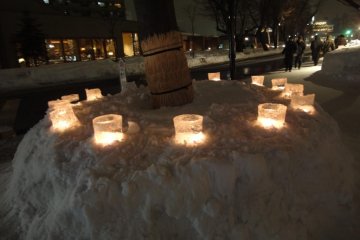