The Red Ski House in Hirafu

The most comfortable bed in all of Hokkaido

I hopped out of the single-car train at Hirafu station on the outskirts of Niseko, Hokkaido, to a group of locals who were sitting around a charcoal fire grilling seafood. The station itself was uninhabited, except for a cat that’s known to make the building its home, and while diminutive, it had a certain rustic charm about it. Having left Tokyo early that morning, I took the train to Narita for my flight to Sapporo and then promptly boarded another train for Otaru. After a transfer in Otaru, I boarded my final train that would take me to Hirafu.

I walked past the smiling group of seafood grillers and around the corner to see Andrew waiting to pick me up as promised. I was greeted by the all-too-familiar Aussie expression, “How ya’ going,” and before I knew it we were off along a gravel road to my accommodation in Hirafu, The Red Ski House. Andrew, an Australian, and his wife Kaori, who is Japanese, own and operate this 10-room guesthouse that does the bulk of its trade during the popular ski season.

It’s now the slow season, the transition time between the white of winter and the green of summer. This means that I have the place all to myself, so-to-speak, and my room instantly becomes “ensuite” as a result. On the main floor are a comfortable lounge and a massive harvest table in the dining room. Breakfast is available in the mornings from 7:30 – 9:00 A.M. and there is also an apartment-sized guest fridge on the main floor where you can store cold beverages and other items. During the ski season the shuttle bus stops right outside the guesthouse making it easy to get to and from the slopes.

One of the features I instantly noticed was the effective use of space and the abundance of hooks, hangers and places one can place clothing to air out or dry. Each level has separate toilet rooms, six in total and shower rooms that come with their own private change rooms. The sink basins are in a common room separate from the showers, so when things get busy you still have some privacy. Thankfully, The Red Ski House also has complimentary Wi-Fi and laundry, which is always a sign that a guesthouse, or any accommodation for that matter, "gets it."

More than the laid-back, easy-going and affable demeanor of Andrew and Kaori, more than the convenient location to the surrounding chair lifts and izakayas and more than the complimentary amenities, there is one single factor that makes staying here so comfortable: The beds!

Their website notes that both the beds and linens used are four to five star quality. It is actually shocking how comfortable and soft they are and it shows that a real investment has been made in an effort to provide guests with a memorable and cozy stay. My time here in the sleepy spring season has been very nice indeed; I can only imagine how great it would be to come back after a day of swooshing through powdery snow to a hot shower and that comfy, comfy bed. 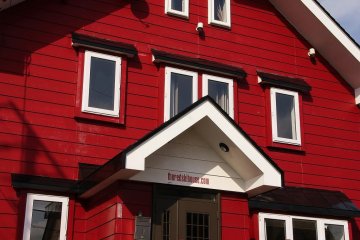 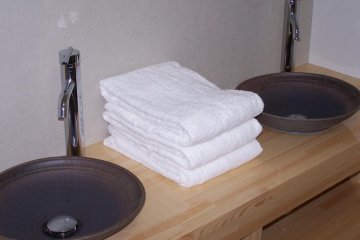 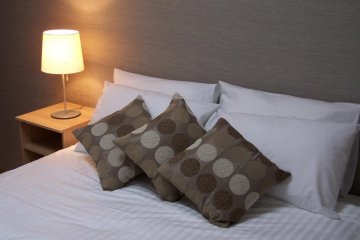 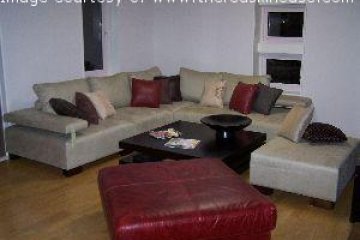 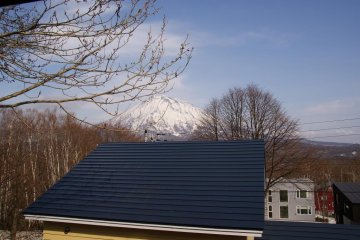