Toya: Home of the Volcanic Siblings

Usu-zan and Showa-Shinzan keep Toya on its toes!

Today I got the train to Toya Onsen in Shikotsu-Toya National Park, about 2 hours south of Sapporo.

The town is next to a very neat circular caldera lake (Toya-ko), with a circular island of dormant volcanoes in the dead center. Nearby, however, these are overshadowed by Usu-zan - bigger and still a very much active volcano. In the 1940's the previously stoic volcano suddenly quaked violently and the townspeople fled while next to it a new smaller volcano shot up at an alarming rate (in geological terms) to 400m in just 2 years. Usu-zan now has a younger brother, Showa-Shinzan, that steams and hisses furiously next to it, and is always clear from snow due to the heat boiling just below the surface. Even though it was named after the emperor of the time (during the Second World War) there was much consternation both that the volcano was some sort of bad omen and also that the light or steam would be used by enemy aircraft as a reference point for bombing runs. The whole rapid birth was documented by a local post master who stayed in the area, marking its progress on his window and who now owns the mountain himself.

In 1977 and 2000 Usu-zan poured fire down on the town of Toya Onsen, once again erupting and causing the area to be evacuated, and you can still see the remnants of a half-buried hotel and a melted car where its lava cut through the outskirts of town.

This is all documented in the local Volcano Science Museum, which is a good way to learn about the history of the volcanic siblings before going to see them in the lava-filled living rock. Clearly the very likely possibility of it happening again is keenly on everyone’s mind, and everywhere you go there are signs directing you in the event that Showa-Shinzan or Usu-zan finally blows its top and starts killing everything in sight.

But that does not mean the town is not a hospitable or great place to visit! In 2008 the town and its luxury Windsor hotel was chosen as the site to host for the G8 Summit.

I arrived at my lakeside hotel and dumped my bags before heading off to see the volcanic siblings. Taking a photo of the lake, I met the landlady outside walking her dog, and she was very concerned that I was about to freeze to death. I was forced to show her each of my 4 layers before she seemed happy, but the dog had jumped up on me and put wet muddy prints on my jeans. She was so sorry that she insisted on giving me a lift up to the base of the volcano cable car, which was good as it was closed due to high winds and I would not have been happy to have hiked up the hill just to turn around and come back. I thanked the dog later.

The one-hour walk downhill back to the lake, however, was very nice, and I realized exactly why the Inuit have so many words for snow and ice. Firstly it stops conversation getting boring, but secondly the more time you spend in it the more you realize there really are 250 different kinds! Hokkaido in the winter is a veritable showcase of all of the forms it can take, and down by the lakeside I found yet another example: here where the pier juts out in the lake ice forms on the underside of the structure, frozen by the frigid air as the water laps up and down. It forms into rows of perfect teardrops that hang tightly to the pier legs; a strange phenomenon and very beautiful. 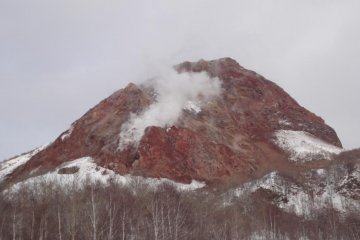 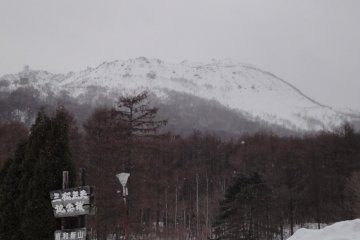 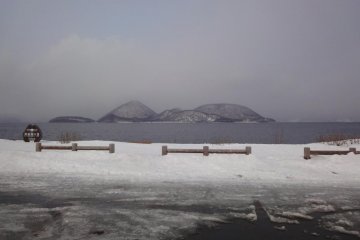 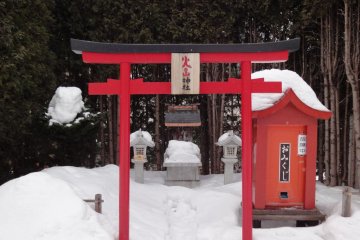 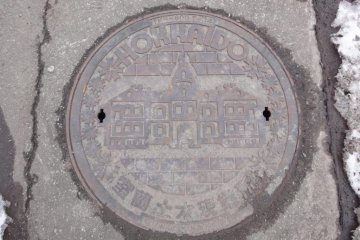 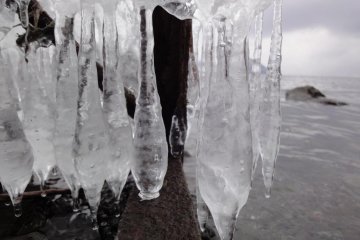