A sea of fragrant yellow flowers in spring

On the hilltops of Awaji Island overlooking Osaka Bay there is a park named Awaji Hanasajiki. In March broad sweeps of yellow rape blossom (nanohana in Japanese) burst into bloom. There's something thrilling about mass plantings of the same blooms. It's a very beautiful sight.

I visited there in March 2016, and enjoyed a pleasant couple of hours wandering along paths through the flowers, posing for and taking photos, and checking out the souvenirs and farm fresh produce on sale there. A wooden observation deck offers a 360 degree view the park, and there is an information center and a rest area with rustic wooden tables and benches.

Besides the rape blossom, I saw narcissus and pretty purple murasaki-hanana (looks like lunaria but is actually a relative of the rape blossom) which was just beginning to bloom. I discovered that there are various flowers to enjoy at the park throughout most of the year.

Red, white and blue stripes of salvia from the beginning of September to the end of October carry the park into autumn. The salvia is joined by cosmos, including a rare yellow variety as well as the usual pinks and whites, from early October to early November.

Even winter has its flowers at Awaji Hanasajiki. From mid November through to late February visitors can enjoy beds of sweet, spicy scented stock. I'd like to see that because I love this old fashioned flower!

The park covers and area of about 15 hectares, and is surrounded by rural land. It is open from 9 am until 5 pm daily except for the Year-end and New Year holiday. There is no entrance fee, and there is also free car parking. 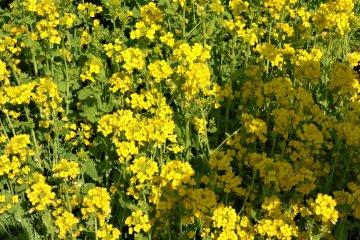 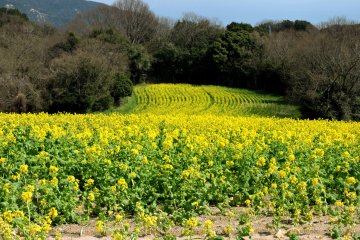 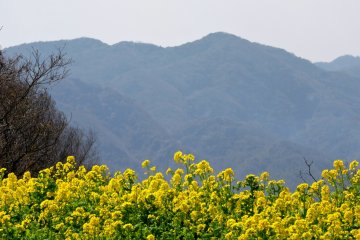 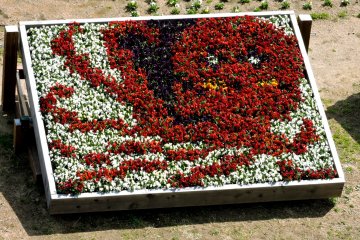 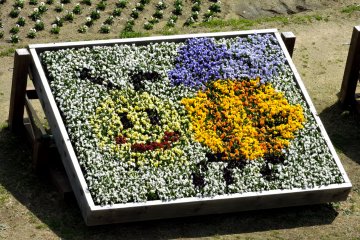 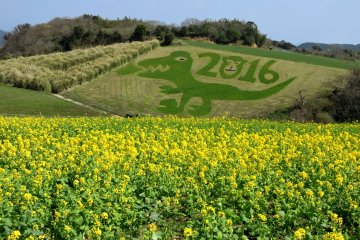 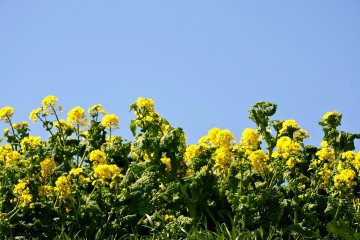 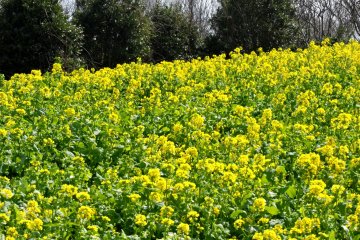 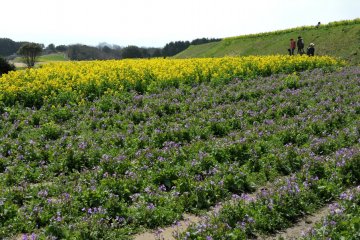 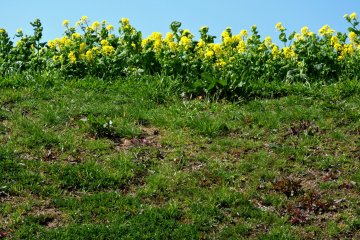 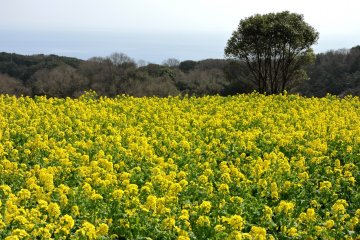 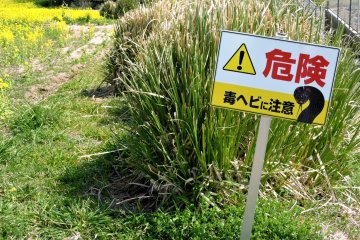 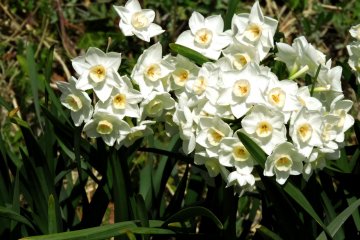