Learn all about traditional sake brewing

Nowadays traditional sake brewing is rare amongst big sake brands as brewing methods has been modernized and transformed throughout the years. Hakutsuru brewery has abandoned some of its traditional methods but found a way to preserve their tradition through the museum. The Hakutsuru Sake Brewery was established in 1743. One of their old breweries from the 1900's was converted to a museum recreating traditional method of sake brewing from the early 17th century manifested in life-like models, real tools that were used in the process and informational videos available both in Japanese and English.

As you enter you are greeted by an impressive depiction of a huge wooden tank being hoisted up through the ceiling to the second floor where they used to store the sake. The whole museum has a route that takes you to the different stages of sake brewing, the first one is Senmai (Rice Washing) and is depicted by figures of young men treading on rice and in the background you can hear a recorded chant to really stimulate the atmosphere of brewing sake in the 17th century. On the second floor of the museum are where the other stages of brewing are depicted, Mushimai (Steaming), Hourei (Cooling), Koji (Mold Culturing), and Moto (Seed Mash). The room next to it depicts the hardest parts of sake brewing, Moromi (Main Mash), Joso (Filtering), Oribiki (Skimming), Hiire (Pasteurizing), Chozo (Storage), Taruzume (Barreling). In this room is also a recorded audio of the chants workers used to sing, the rhythm of the songs helps the workers to be in sync when mixing and mashing.

Going back down the stairs is the end of the route and here there is a big metal pot used for the brewery, an old delivery truck that was used to transport the Sake, and at the very end is the best part of the museum, which is Sake tasting. Also within the main entrance is a scene depicting the dining area for brewers and a gift shop where you can buy Hakutsuru Sake.

The museum was a real delight as it was a very informational; I learned so much about the process of Sake brewing and the English videos on each process really helped. So grab a time to visit this museum and try different kinds of Sake while you're at it. 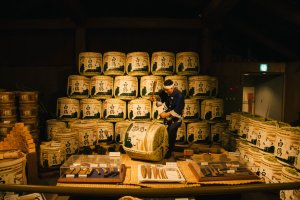 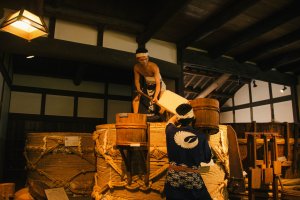 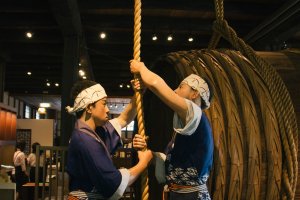 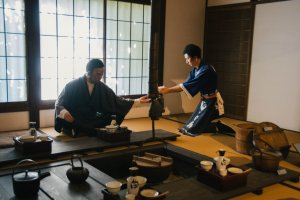 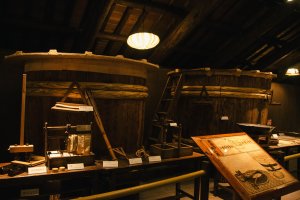 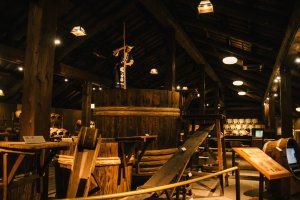