The restoration is almost over! 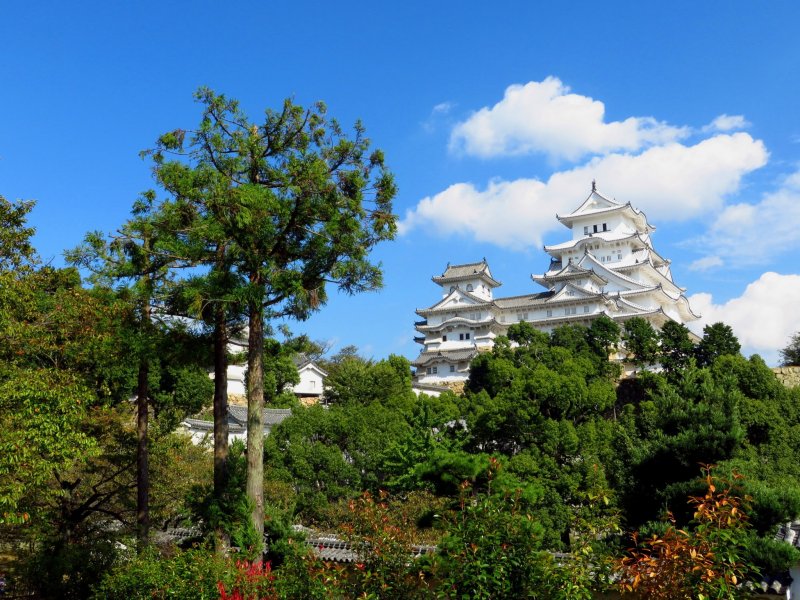 The restoration is finally coming to an end and we can finally admire the castle's beauty without any cover. 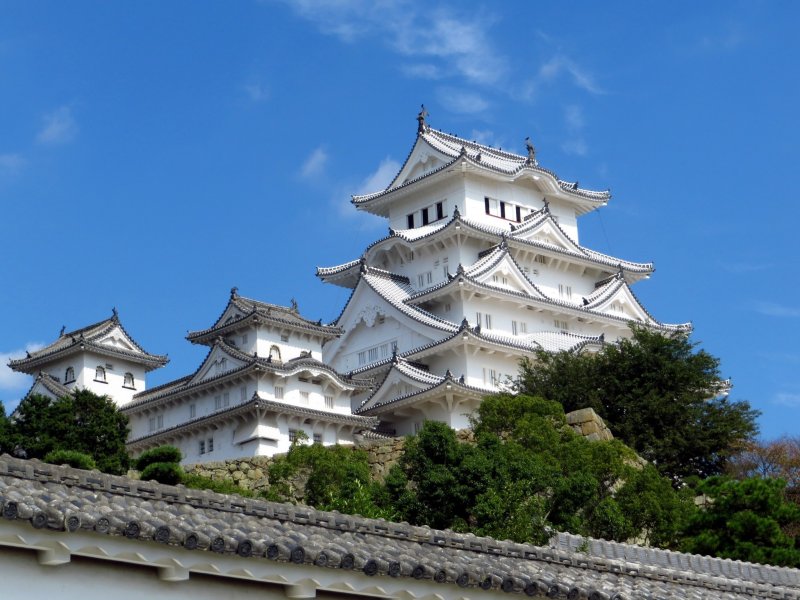 The newly restored roof is a true work of art. 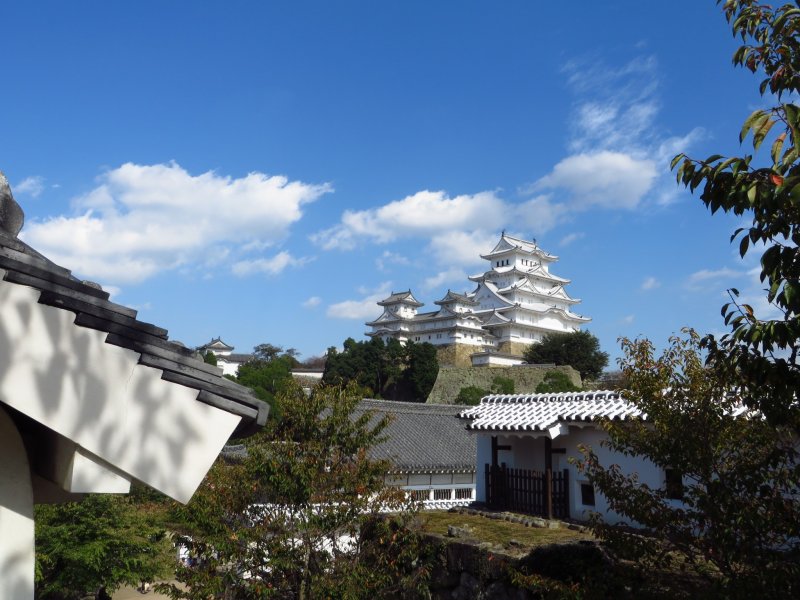 One of the most beautiful castles in the world, Himeji castle has always been a prime holiday destination in Japan and one of the to 10 sights to see. 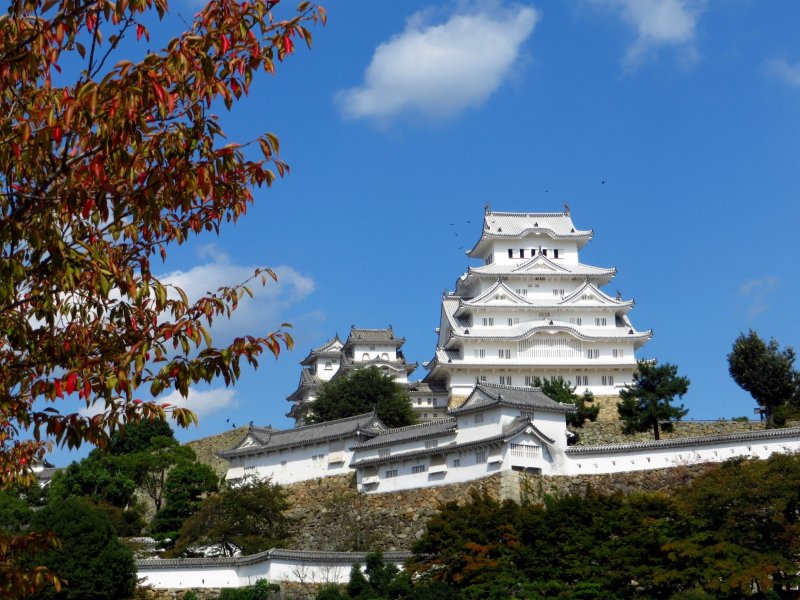 In Japan, its majestic beauty and immaculate white color inspired the nickname The White Heron. 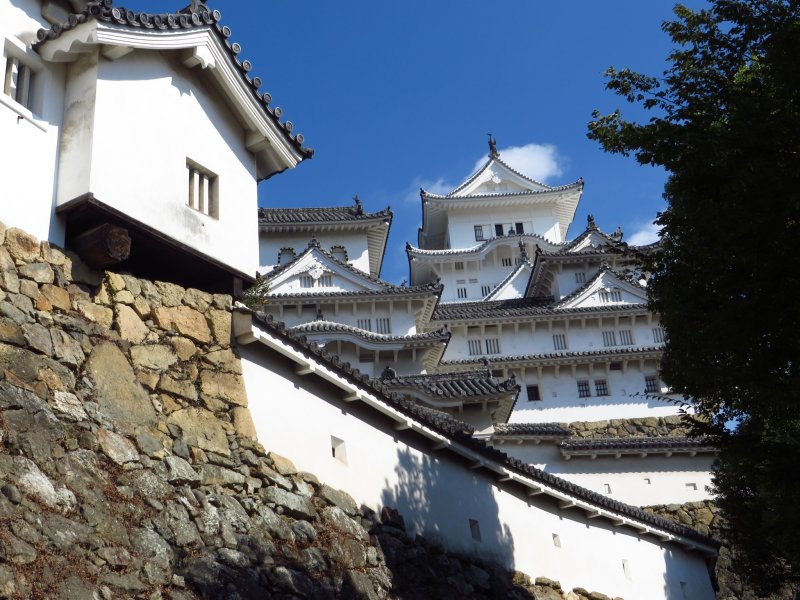 Unlike many of the other castles in Japan, it was never destroyed by any war or natural disasters; which adds to its fame. 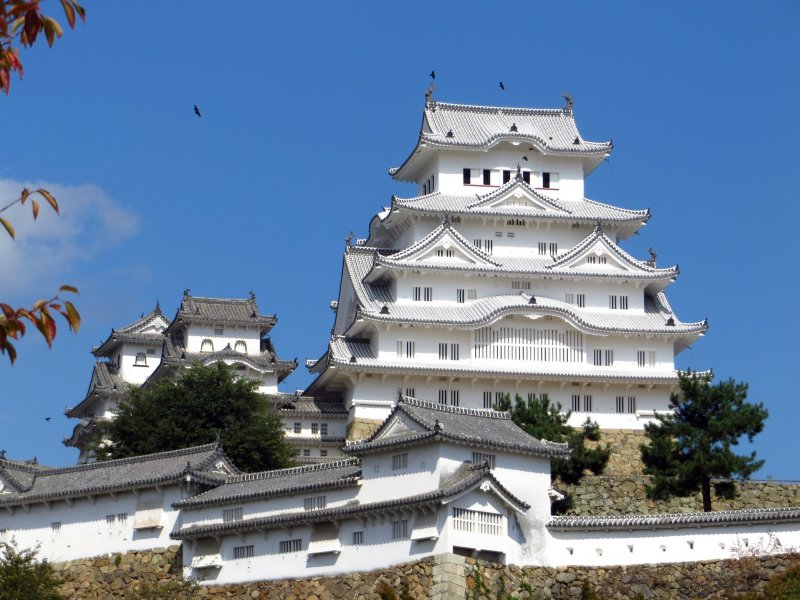 The fresh white paint, shining in the sun light, will take your breath away! 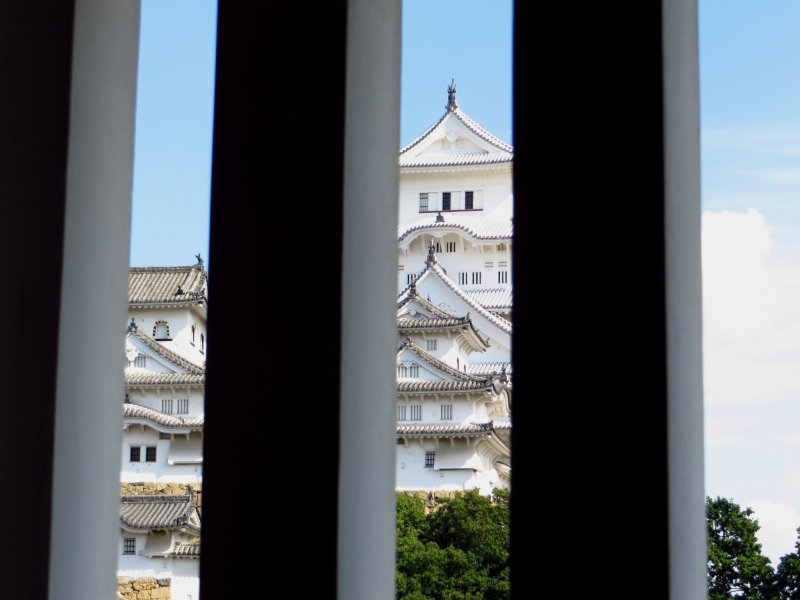 Even if it is not fully open yet, we can enter some parts of the castle! 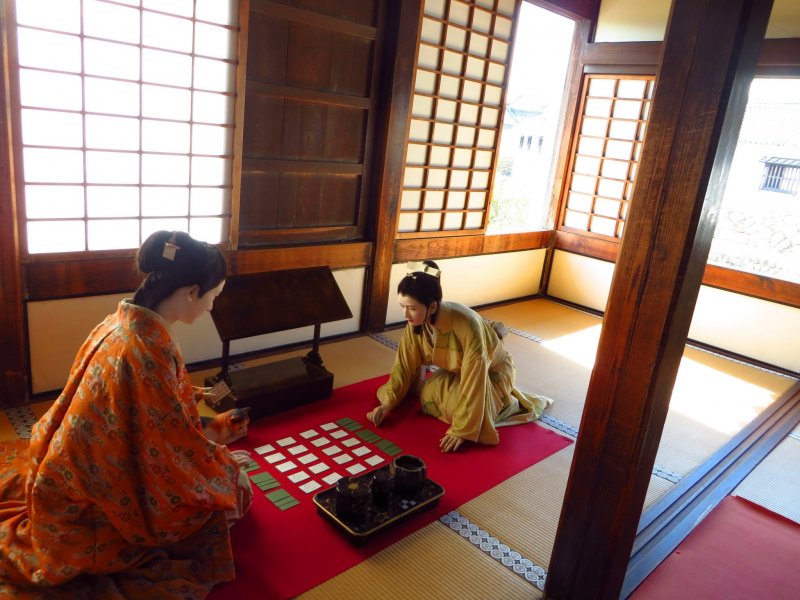 Here is a nice example scene inside the accessible area of the west wing of the castle. 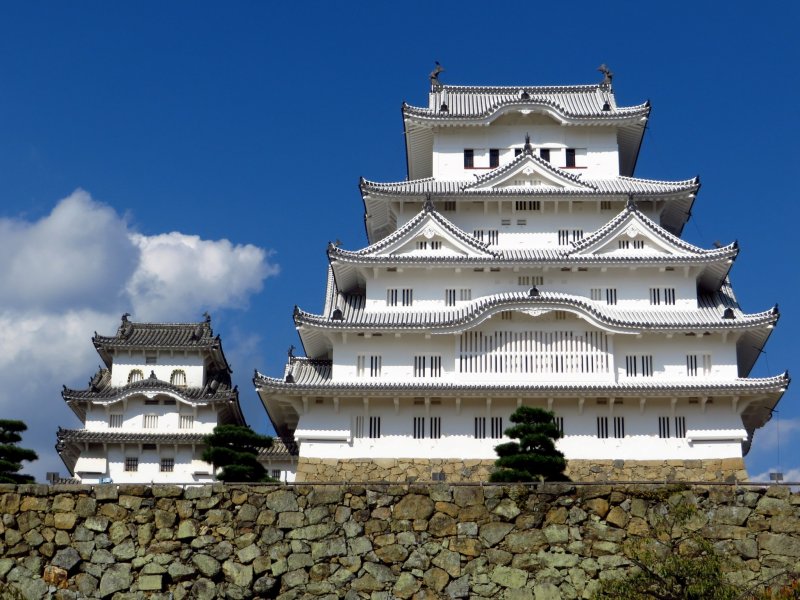 Even if you have already been to Himeji and has already seen the castle pre-restoration, its beauty is worth another visit. 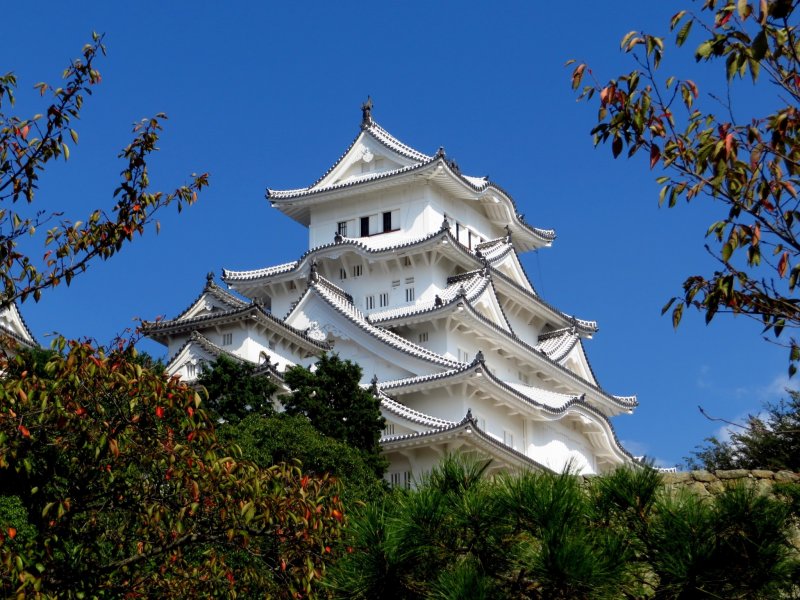 When you see Himeji Castle in person, you understand why it is so famous. 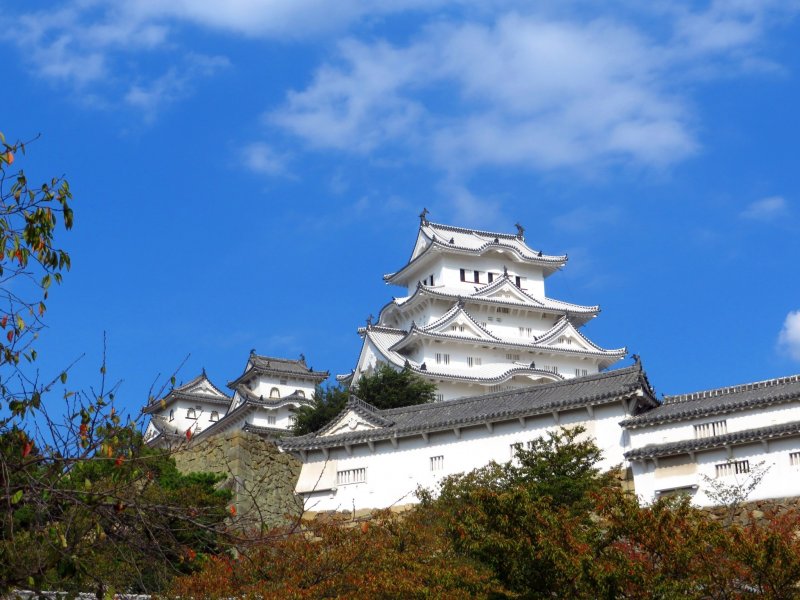 In autumn or any other time of the year, the castle is beautiful. 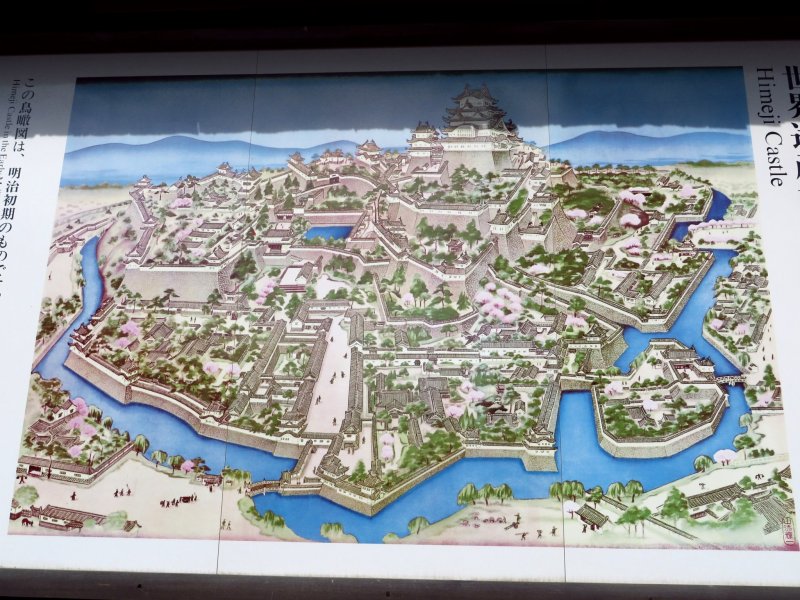 The map of the castle. 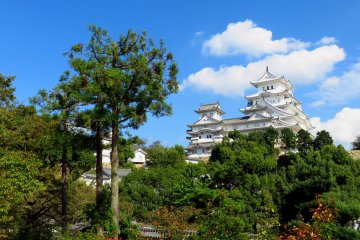 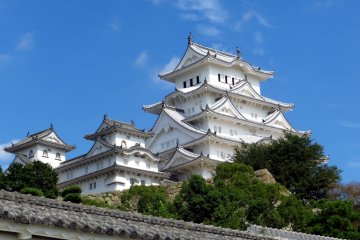 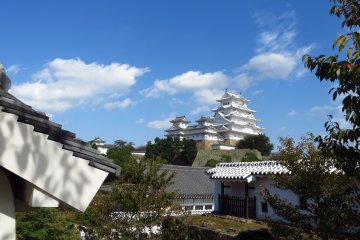 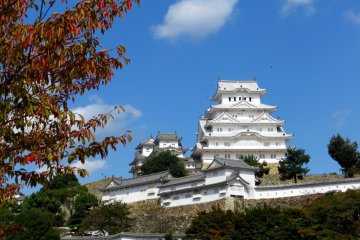 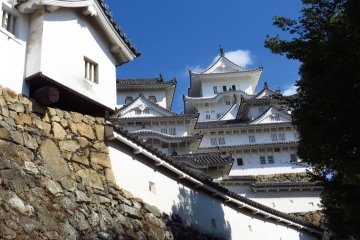 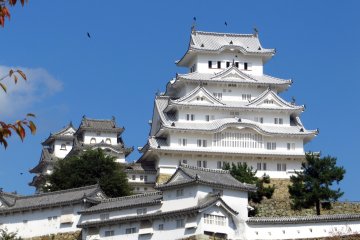 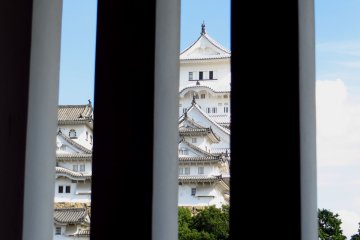 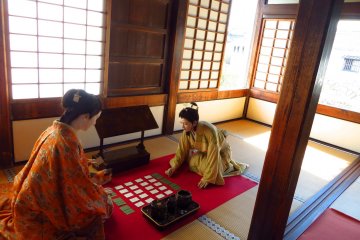 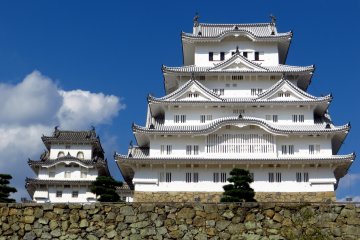 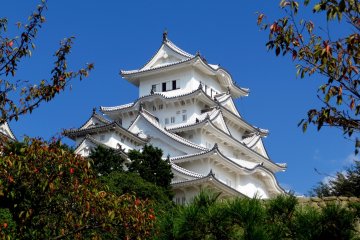 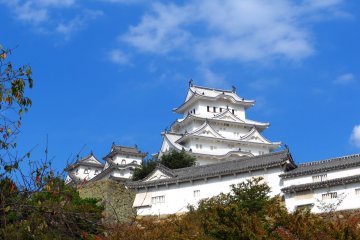 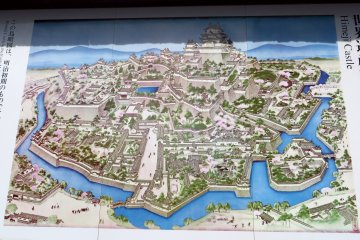 Himeji castle is the biggest, the most visited and definitely the most famous castle in Japan. For years the castle was being restored but now, finally, the restoration is coming to an end; we can finally admire its full beauty without any cover! So take a little break from your daily life and go see this masterpiece of architecture.

Historically, the castle was first built in the 14th century as a simple fort and was then modified over time until its definite form in the 17th century. Unlike many of the other castles in Japan, it was never destroyed by any war or natural disasters which adds to its fame. In Japan, its majestic beauty and immaculate white exterior has inspired the nickname The White Heron.

Movie fans will also find the castle interesting because two Kurosawa movies were shot there: Kagemusha (1980), and most famously, Ran (1985); the castle was also featured in a James Bond movie: You only live once (1967)!