Lovers of winding country roads, beautiful landscapes and scenic sunrises and sunsets will enjoy the Noto Peninsula in Ishikawa Prefecture. Ishikawa is quite famous in Japan for its unique crafting techniques and cultural traditions. Many of the popular tourism destinations are in the largest city, Kanazawa which is typically a tourist's first stop in Ishikawa. Kanazawa attractions include perhaps the most famous garden in Japan, Kanazawa garden and Kanazawa castle. A famous area on the Noto Peninsula is the 1000 rice fields area in Wajima. Walking through the rice fields with the sea view below is truly a beautiful experience.

Hidden deep within the Noto Peninsula in the Miyaji Koryu Shukuhaku area is Shunran no Sato. Here you will find Kobushi, a traditional school recently renovated that focuses on teaching local crafts. In a single session my teacher, Nakamoto sensei, guided our group in creating a single flower pot from Madake Bamboo.

The lesson started by displaying all the tools that would be needed to make the single flower pot. First, we chose the bamboo that we wanted to use, among several sizes and varieties. We used pencils to mark the points on the bamboo that we would cut. Vinyl tape was then used to outline the handle and the opening of the single flower pot. A tool called a nata and hammer were used to cut off unwanted parts of the bamboo and a knife was used to chip sharp edges from the bamboo. Sand paper was used to smooth the edges and reduce bumps. An electric drill was used to make two holes on both handles so that a thin piece of bamboo could be placed through them to complete the pot.

Afterwards, we used a torch to glaze the outside of the bamboo and extract the excess oil. The oil is used to polish the single flower pot to give it a beautiful sheen. The torching process also removed any dirt and mold that could accumulate in the inside of the bamboo. I was given the opportunity to make any design i wanted or carve a message on the pot. The final touch to the craft was a small bottle, placed inside the pot, which can hold several flower stems. If you want to explore more than foods and history, this type of traditional craft experience is a great way to engage in the Japanese culture.

After making the single flower pot Mr.Tada, the owner of the school invited me to Noka Minshuku Shunran no Yado for some traditional Japanese food. Seafoods and sake are both specialties of the region and I was happy to try various dishes including jumbo shrimp, sushi and sashimi. Other specialties include ishiri, a special seafood seasoning local to the area and fresh, local vegetables including mountain mushrooms. Sharing meals and friendly behavior is quite common in the Noto area and I thoroughly enjoyed spending time speaking with the owner and his family. Japanese is not required, but would certainly come in handy if you want to really enjoy your conversations with the locals. Creating your own souvenir to bring back home is also quite the gift for friends and family.

With the new Hokuriku Shinkansen open in March 2015, Kanazawa, Ishikawa Prefecture, is now easily accessible from Tokyo, via Nagano. It is a two hour bus ride from Kanazawa to Miyaji Koryu Shukuhaku Sho Kobushi. Ishikawa and the Noto Peninsula can also be reached via the Komatsu or Noto airports​. Kobushi is about a ten minute taxi drive from Noto airport. 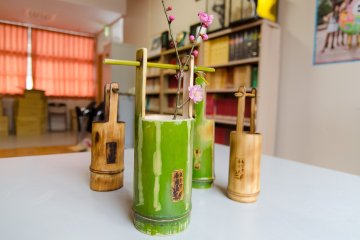 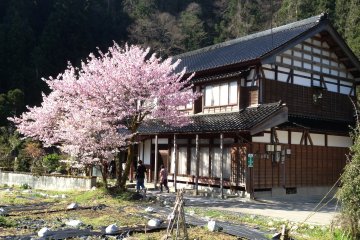 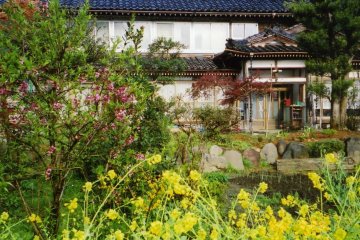 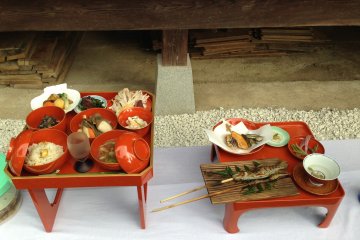 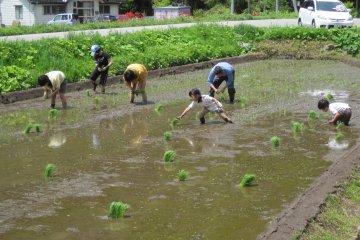 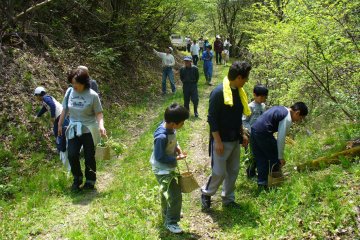 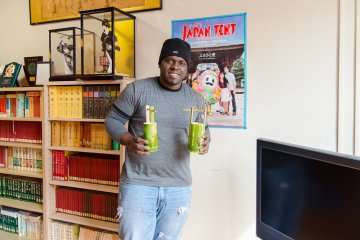 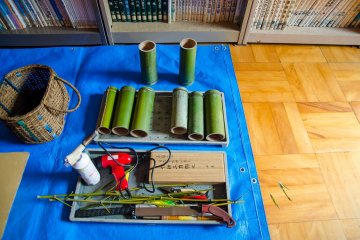 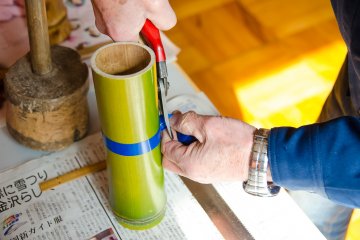 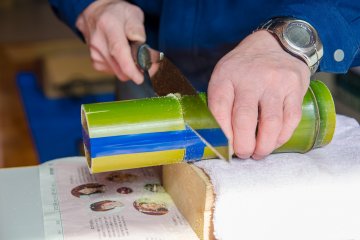 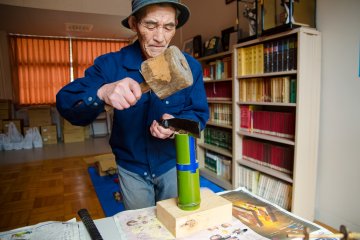 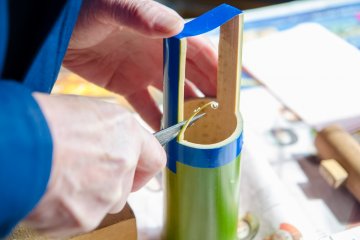 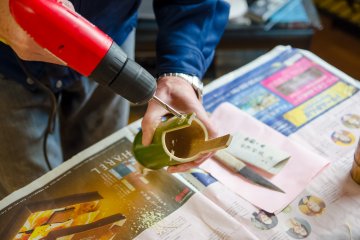 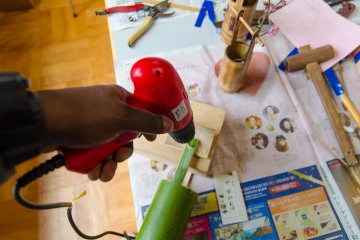 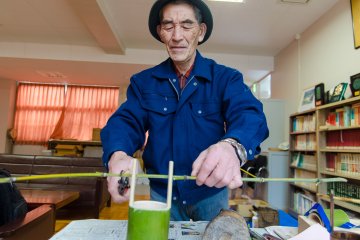 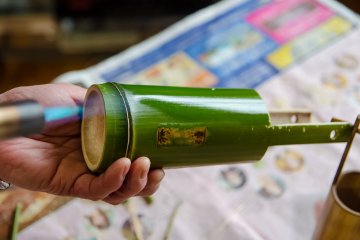 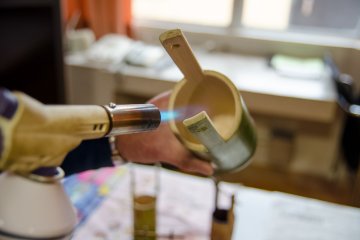 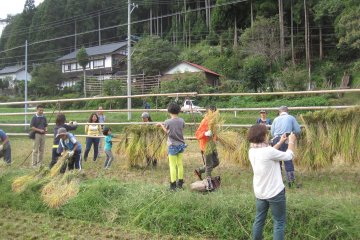 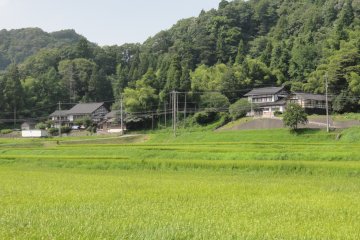 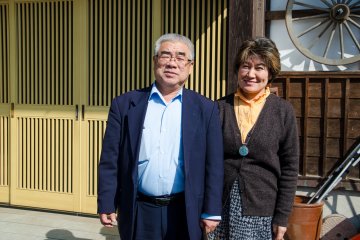