Enter the world of Noh Theater at this Kanazawa museum

On a trip to Kanazawa one time, I availed myself of the excellent Cultural Facilities Pass, and used it to visit a handful of museums that I otherwise wouldn't have. One of them was the Noh Museum, which turned out to be very interesting and enjoyable, and I'd have happily paid the modest entrance fee.

Noh is a highly stylized form of musical drama, which originated during the 14th century CE. It has traditions that are unchanged in centuries: plots based in history, legend and the supernatural; musicians and a chorus narrator on stage with the actors; lavish costumes and skilfully crafted masks, which can convey different expressions at different angles.

The ground floor of the museum has plenty to look at. There are a number of masks dotted around and displays of the tools used to make them, a miniature model of a Kanazawa Noh Theater, and a 'virtual stage' showing the positions of the actors and musicians. If you're reading this after the Covid-19 Pandemic has finished, you'll be able to try on costumes and masks and have your photo taken in them, in a way that I couldn't.

Upstairs there's one big exhibition room, with displays of old costumes and masks used in Kaga Hosho Noh, a popular form of Noh that developed from plays that were protected as entertainment for the upper classes. Some of these are stunningly beautiful, and it's compelling to imagine them being worn by performers hundreds of years ago.

The museum is on Hyakuman-goku Dori, immediately next to the 21st Century Museum of Contemporary Art. It's fairly far from the station, probably at least half an hour to walk, but this street is served by frequent buses; get off at the Korinbo stop.

It's open daily except Mondays from 10:00am to 6:00pm, with closures at the New Year and for occasional exhibition changes. Admission costs JPY310 for adults, with discounts for groups of more than 20, university students, and senior citizens, and free admission for under-18s. 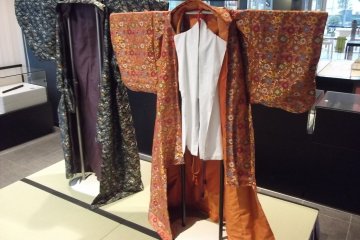 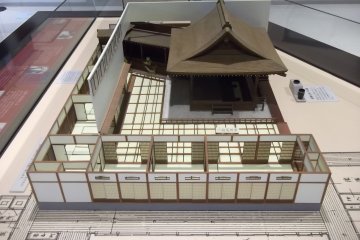 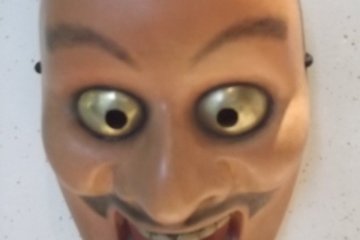 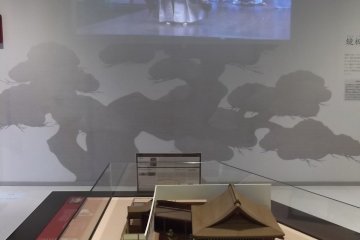 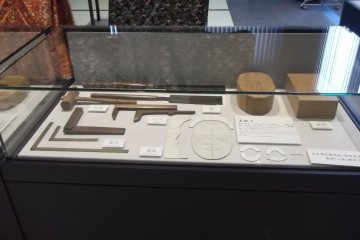