Step back in time at this samurai residence and garden

During the Tokugawa Shogunate from 1603 to 1868, Japan was divided into domains, each ruled by a hereditary feudal family. The largest of these was the Kaga Domain on the Sea of Japan coast, based at Kanazawa Castle and ruled over by the Maeda family. They necessarily employed a lot of administrators, one of whose homes has been preserved by the city and opened to the public, allowing us an authentic view of the life of the era.

Kurando Terashima was a middle-class retainer to the Maeda family, whose house was built in the late 1700s. The English-language leaflet suggests that the present building is largely a reconstruction, while the garden retains its original form.

It's built in very traditional style, with soft, cool tatami mat floors, sliding paper screen doors and low, dark ceilings. The smaller tea ceremony rooms have a cosy atmosphere, with small alcoves decorated with hanging scrolls, while the largest room opens out onto the garden. It's easy to imagine Terashima sitting here and looking out at exactly the same view, hundreds of years ago.

Throughout the house there are displays of Terashima's belongings, including swords, ceramics and calligraphy scrolls. Terashima himself was well regarded as a painter, and his own paintings are included in the displays.

The garden is a very pleasant place to stroll around, with plenty of features in its modest area. There are artfully arranged lanterns and pagodas, small bridges crossing a dry creek, and seasonal flowers and foliage which provide an attractive vista at any time of year.

Finally, there are two buttons on the wall of the main room, with options for both Japanese and English: press one and you'll hear an interesting commentary about Terashima's life, including his conflict with the Maedas and eventual banishment.

It's a good way from the station, probably around half an hour's walk or more, but it's just three or four minutes from the Hashiba-cho bus stop.

The house is open daily from 9:30am to 5:00pm, with closures for the New Year holiday and occasional display changes. Entrance costs JPY310, with discounts for groups or senior citizens, and free entrance for children of high school age and younger, or holders of a Cultural Facilities Pass. 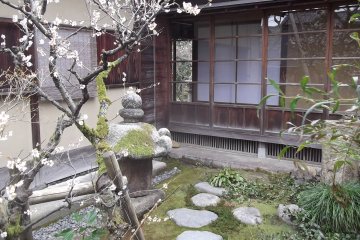 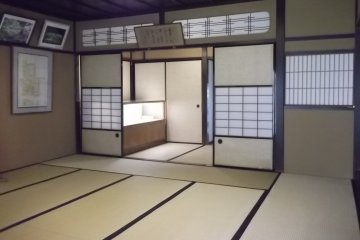 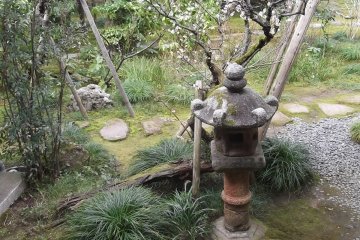 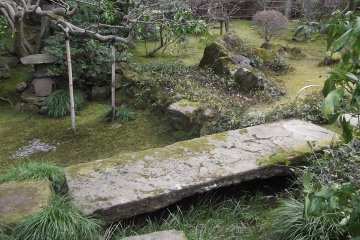 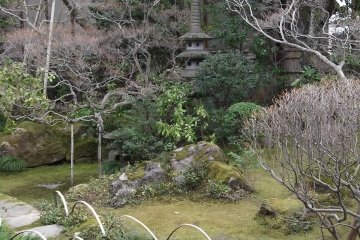