In a previous article I wrote about Mount Iwate, the highest in Iwate, today I'll talk about the second-highest mountain in Iwate, Hayachine.

It is sometimes described as Iwate's lover, not sure how two mountains could get close to each other? It is about 100 meters lower than Mount Iwate, at 1,917 meters as per recent calculations. It seems that the great earthquake in 2011 forced it a little higher. Both mountains are similar in height but climbing them is quite a different experience. Mount Hayachine starts quite gradually but gets extremely steep near the top. Just before getting to the top there are some ropes and chains to help us get through that part.

The lower part follows a stream that becomes Hayachine river, and some sections are quite challenging as we cross the creek several times—good luck staying dry, I didn't. You'll also get the chance to see a lot of rare flowers and plants; however, it is strictly forbidden to take any with you. Along the way you'll see a lot of birch trees and other leaf trees, some parts are quite slippery and muddy, so be prepared for that. About halfway up we leave the creek bed and follow a rocky valley, and gradually the trees disappear and it gets steeper and steeper until it is solid rock only. Now we can see that Hayachine isn't a volcano, it's really old rock formations, I have to say though that a lot of it is quite beautiful. At the three quarters mark it is the steepest with chains and ropes to help along the way. The bonus part is that without any trees the view is superb, hopefully you'll get clear skies at least for a chance to take some pictures.

More than likely the weather will change many times before you reach the top, be prepared with a raincoat or better a Gore-tex jacket. When it is the steepest we are so close to the top even though we can't see it, just a little more effort and you'll get to enjoy a panoramic view that I think is much better than from Mount Iwate. We can see Shiwa and Hanamaki on the west side, Miyako and the Pacific on the West side and on the North side we can see the valley that leads to Miyako. The view is really breath taking.

For the descent you can take the alternate route, a little less steep and longer but not as beautiful in my opinion. Remember to bring extra food and clothing, the weather is constantly changing, and food, well, you'll be burning a lot of calories. Happy trails!

From Morioka, take Route 396 to Ohasama, just after Edel wine take a left on Route 43 towards Hayachine dam. You can take a break at the dam site, then continue past the dam, where the road becomes route 25, keep going until the road becomes very narrow and steep. After that you'll get to the parking lot, where there is a small building with information about the mountain. Also don't forget to register on the way in and to sign out when you come back, otherwise they will go looking for you, common sense.

From Hanamaki, take Route 214 just North of the airport until you come to a T intersection, that's Route 102. Rurn right until Route 396 and turn right again and follow the previous directions from Morioka.

There is no public transportation there, and in the busy season you may have to leave your car at a lower parking lot and take a shuttle bus to the start of the trail. 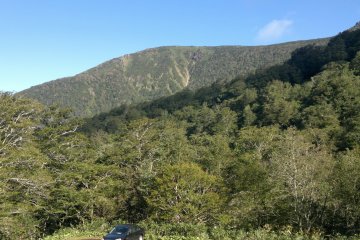 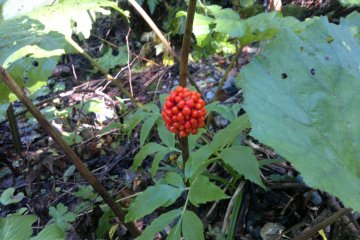 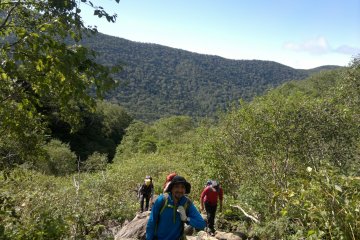 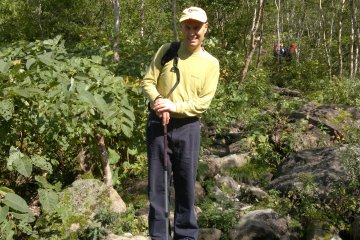 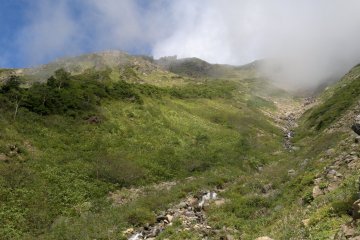 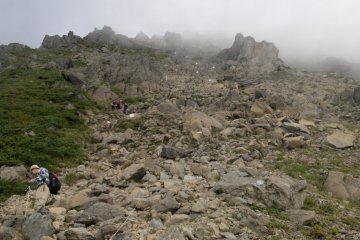 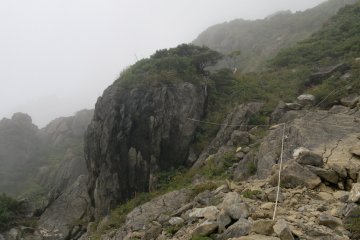 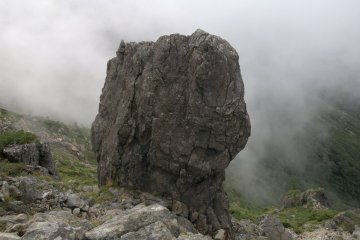 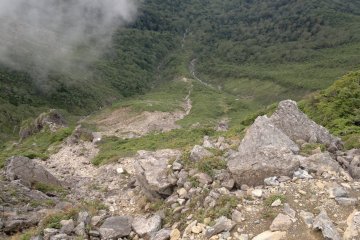 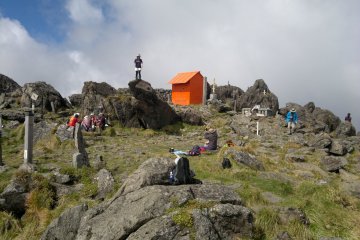 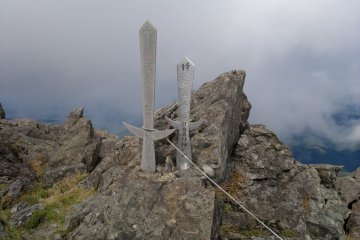 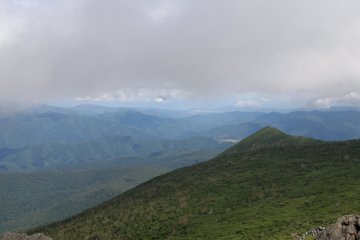 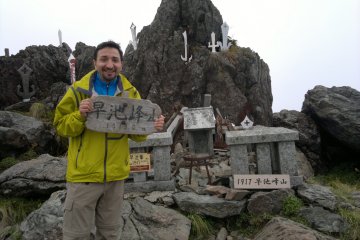 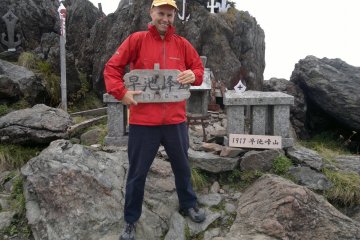 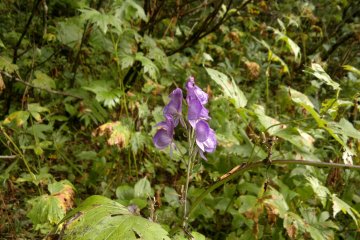 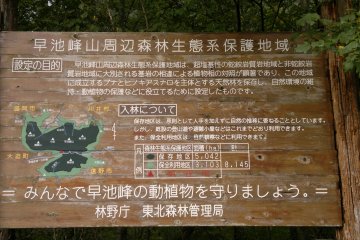