The honeymoon house from the front (Photo: Malcome Larcens)

Takuboku Ishikawa and the Honeymoon House

The only samurai house left in Morioka

I drove past the sign Takuboku Honeymoon House for years before taking the time to stop by. The house is where one of the earliest Meiji Era poet lived. Little did I know that it is the only samurai house left standing in Morioka. It sheds a glimpse of light on what life might have been for Takuboku Ishikawa and his wife over 100 years ago as newly weds.

The house is located just 50 meters from Chuo Dori, the main business district in Morioka. It's surrounded by modern buildings. Fortunately it has been preserved almost as it was then, Due to the fire hazard, the thatched roof had to be covered with a metal roof. So many great buildings in Japan and around the world have been destroyed by fire in years past. There is a big willow tree and a cherry tree at the front of the house in the small garden.

The inside of the house is divided in 2 parts, one part is open to the public and the other part is for the staff and that part has some modern amenities like running water. The open part is as it was when it was built over 160 years ago. In the entrance, you can see a picture of him and his wife shortly after their wedding. Go straight and you'll see his writing room with his desk still there there's an old kettle hanging from the ceiling, and on the right of it is where their entrance was.

An interesting fact about his writing room, there is a safe room above. The staff explained that it was to hide in case someone came in wielding a sword. That room was too small for a person to use a sword, so I was told. The house was build just at the beginning of the Meiji Era so it was still possible to be attacked by a sword.

On the left are two big rooms, the back room, their main room has a big koto on display. I don't know if it belonged to the Ishikawa family or not. The front room has a small tokonoma, (an area to display important documents or writings). This spot features one of his writings. The section of the house that they used was only the 3 rooms at the back.

About Takuboku Ishikawa, he was born in 1886 in the village of Shibutani, 15 kilometers north of Morioka. It's now part of Morioka. He attended elementary school there and junior high school too. He had his first publication called Choji-kai, in 1899 at the age of 13, then and his second one in 1901 in the Iwate Nippo, the local newspaper. He quit school soon after and moved to Tokyo to pursue a career in writing.

Then in 1903, he published a series of poems called "Ideas of Wagner". In 1905, he published another series of poems called Akogare. He got married in 1905 in Morioka to Setsuko Horiai. His marriage was a bit of a dramatic event, he didn't show up for his wedding on the agreed day. He only came about a month later. He stayed in Sendai during that time with some friends. That must have caused his fiancee quite a bit of stress and embarrassment. When the wedding finally took place, it was a simple event with no flowers.

In 1907, he moved to Hakodate and became a substitute teacher there. He also was a freelance writer for the newspaper Nichi Nichi. Apparently he fell in love with another woman called Chieko Tachibana and wrote some poems about her. Not long after, a big fire destroyed a large part of the city and he lost both his jobs at the school and the newspaper.

Then he moved back to Tokyo and worked for the Asahi and the Kushiro newspapers. In 1910, he published another series of poems called "Ishiaki no suna" A fistful of sand. Some time later, he returned to Morioka for health reasons. His mother passed away in March 1912 and he also passed away in April of the same year.

After his death in 1912, another series of Tanka poems were published called "Kanashiki Gangu" Greiving toys.

In his short life, he published quite a lot of material making him an important figure in Japan's literary world.

The house is located in the the main business district of Chuo near the intersection of Chuo and KamiMorioka street. It's about 15 minutes on foot from Morioka station. 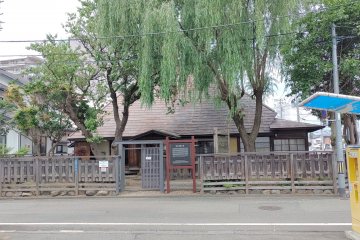 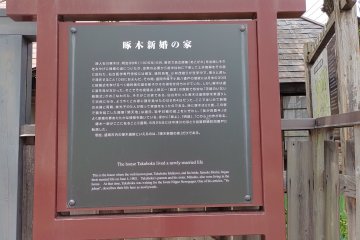 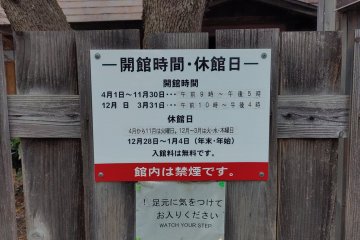 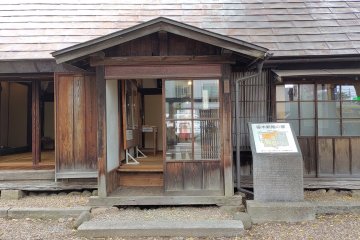 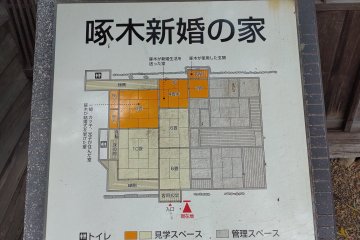 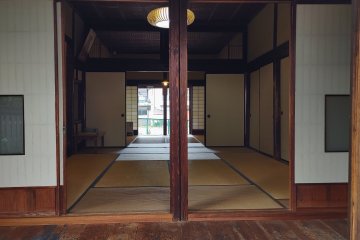 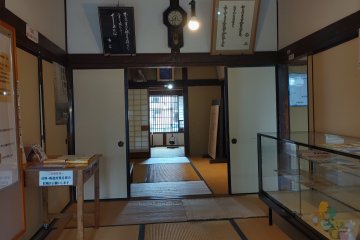 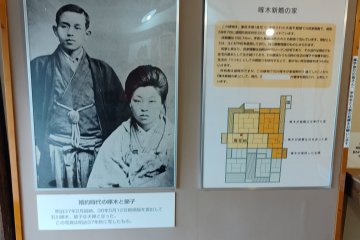 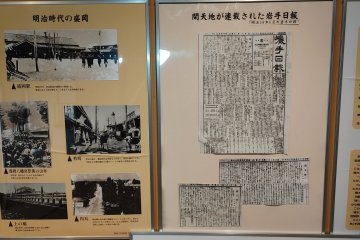 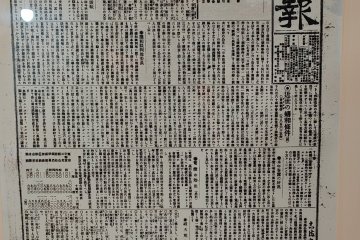 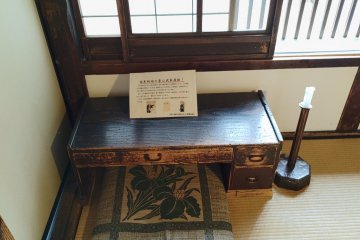 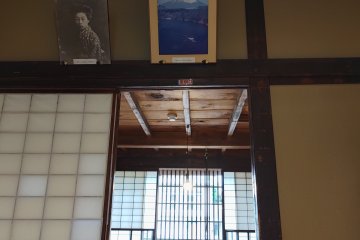 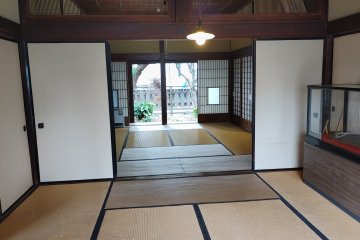 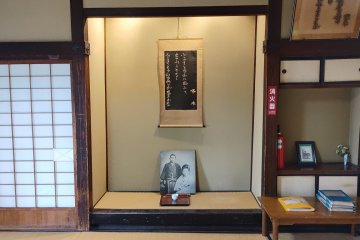 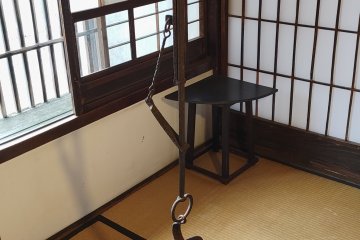 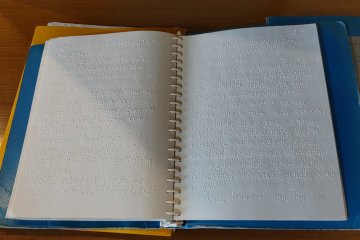