Highway To Heaven at Konpirasan

Where dogs are henro pilgrims too

The highway to heaven is straight and narrow, or so I’m told - and steep. At Konpirasan, or the Kotohira Shrine, home of the heavenly guardian of the sea and all who use it, this highway makes a total of 1368 steps up the 521-meter-high Mount Zozu. This does not deter the hundreds of daily visitors to the shrine.

As encouragement, step numbers are displayed, but this could backfire because it tells you how many more are yet to come. On the day I went, there were so many people, young, old, mothers carrying babies in their arms, and youngsters full of beans running up and down the steps. Almost every one held a pilgrim’s staff or bamboo cane, some two. There were no henro, although this is a popular shrine for henro.

There were dogs too! Konpirasan is also doggie heaven. Dogs were used to make the pilgrimage for their owners who were unable to go themselves, usually because they were too poor, or because they were ill. Their owners hung money, food, offerings and their name, around their dog’s neck, and either entrusted them to another pilgrim, or hoped some kindly soul would take care of the dog. These dogs were known as Konpira-inu, or Konpira dogs, and there is a statue commemorating man’s best friend on the way up, as well as another one on the main grounds.

I first passed kitschy tourist shops balancing on the edge of a steep slope of roughly hewn granite steps. At the first stop, a stone gateway, there were five traditional sweets sellers. They were no ordinary sweets sellers, because their ancestors were the only people allowed to trade at the shrine, and they are continuing an ancient heritage.

There was so much gawk and gape scenery on both sides of the climb, with old stone lanterns, statues, and of course, lovely old trees in the full burnished regalia of autumn. The first large hall honors the Sun Goddess Amaterasu, and there are also museums, and other shrines, that take you to the centerpiece, the Main Shrine. And of course there is the serene view of the plains below, the city, and lots of sky.

A museum of maritime treasures also occupies the grounds of the Main Shrine. It was an interesting hodge podge collection of faded classical paintings, stuck in between more recent ones, assorted seafaring items, photographs of ships, and a photograph of Japan’s first astronaut who prayed at the Shrine. I saw a real mini submarine, or its shell.

Konpira is said to have been founded during the first century. The name is a Sanskrit word. In the beginning, the main god worshipped was Konpira Daigongen, a merging of Shinto-Buddhism with an Indian deity, Kumbhira. That might be why there was a statue of an elephant in the courtyard. Konpira became more established for mainly one kami, the protector of all sailors and ships. The grounds had a live horse, the negotiator between the kami and non-kami worlds. No photographs were allowed.

A prominent motif of the Shrine are its numerous stone lanterns. There are nature trails that can be walked up and down, if you want to bypass the steps.

Konpirasan’s ancient grandeur and beauty are worth walking the highway to heaven. The practice might be useful for the real thing. 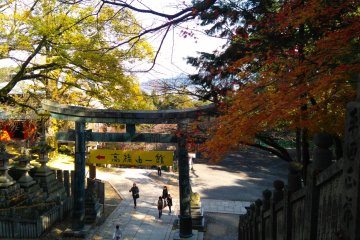 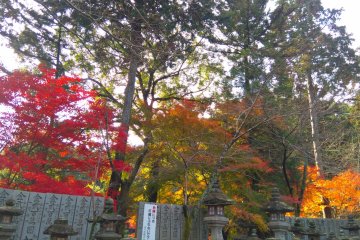 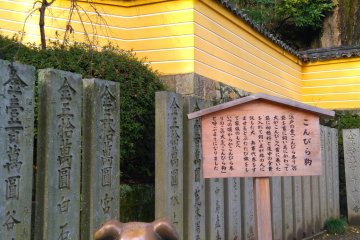 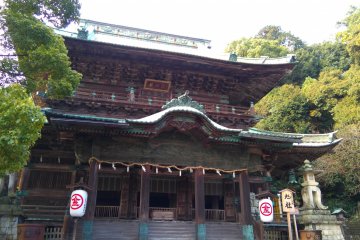 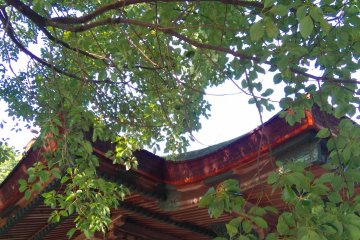 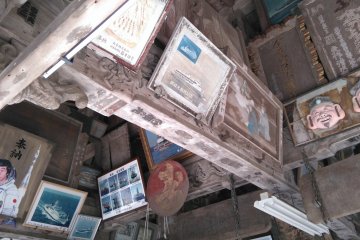 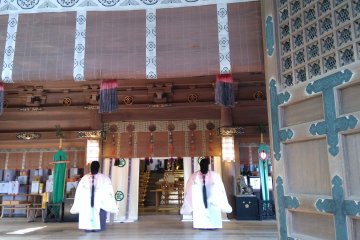 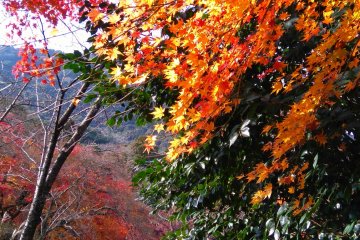 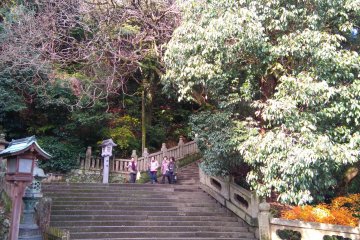 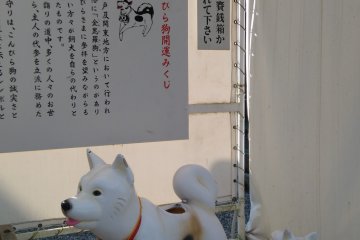