Sculpture and nature in peaceful harmony

The town of Mure on the Yashima plateau east of Takamatsu is known for its stone masonry, and it's no surprise that one of Japan's best known sculptors chose to have a studio here. Isamu Noguchi was born in 1904 and, though he lived in the USA, he maintained a studio in Mure where he would work for months at a time. Following his death in 1988, his house and studio were preserved and opened as the Isamu Noguchi Garden Museum.

Walking from Yakuri station I passed a number of stoneyards, with sentinel-like lanterns and legions of statues watching over rubble-like mounds of stone out front. At the museum itself I arrived first at the reception building, where I paid for my ticket and browsed a range of books and surprisingly-priced lamps for sale as souvenirs.

There are two distinct parts to the museum, the house and hill, and the atelier and courtyard: I went first to Noguchi's house, which I wasn't allowed to enter, but I could admire through the open walls the immaculate interior and the alluring polished sculptures inside. Near the house is the hill, where I had a beautiful view of the hills and countryside around, and could admire a handful of strategically placed sculptures, chosen and positioned to harmonize with the view and the trees.

However, it's in the atelier where we see just what Noguchi was capable of creating. In the stone circle there are a large number of smaller sculptures, some finished and some finished, and there's plenty of enjoyment to be had here in admiring the charming forms, embellishing them with your own creativity, your ideas about what they look like or might represent.

Then inside the atelier building there are a handful of Noguchi's larger works: standouts are the circular sculpture at one end, looking like a radiant gate to another dimension, and the astonishing 'Energy Void' a three-and-a-half-meter high sculpture of black granite, which might have been an artefact left on Earth in prehistory by alien visitors, so unique and unworldly is the form.

As much as I enjoyed the setting and sculpture, there was one major, major drawback which holds me back from unreserved recommendation. If I were able to go at any time and wander round at my leisure, maybe to take a picnic lunch up the hill, it would be wonderful; however, visitors are obliged to make reservations for a set time on a set day, are limited to an hour (of which ten minutes are wasted on unnecessary explanation), and are taken round in groups, kind of able to walk around freely, but usually with the rest of the group nearby.

In my case, I was trapped with a large group of seniors whose non-stop shouting and laughing rather detracted from my enjoyment of the surroundings. (I have no objection to people shouting and laughing, but here I didn't have the option of going somewhere else, or waiting for them to move on.) Noguchi chose to settle in New York, a city that thrives on individual freedom, so I wonder what he'd have made of the constricted experience to which visitors to his museum are confined.

If you can get past that, though, there is a lot to enjoy in the harmony of sculpture and scenery on the hill, and the masterpieces in the atelier; it's the best place to come to appreciate Noguchi's extraordinary talent. 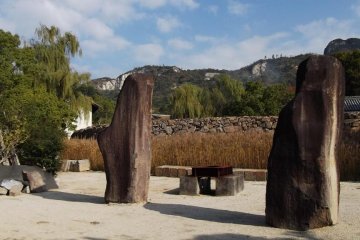 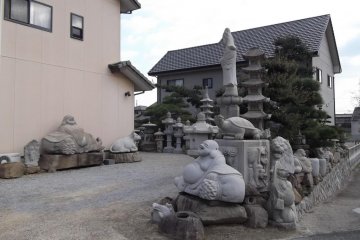 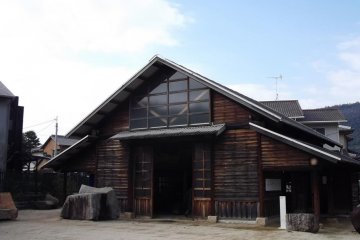 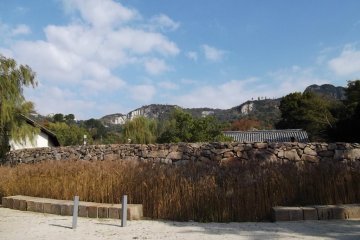 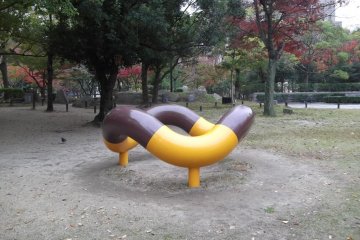 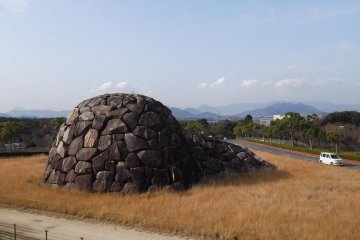