Misaki (三崎) is quite famous for the fishing, landing and dealing of tunas. Different from the Tokyo Tsukiji market, the Misaki market uses a bid system for buying and selling tunas. As you might know, Tsukiji runs an auction, and is always filled with excitement, passion and energy. It looks like a battlefield. On the other hand, Misaki resembles a chess game. They seem to be battling one another mentally. The dealers’ serious and nervous faces and the tense ambience are quite solemn. I found it very interesting.

This marketplace mainly deals with tuna. Only professional dealers can do the bidding. Visitors are permitted to observe from the second floor. The market trades 600 to 1500 tunas per day. The tuna is frozen in a freezer on the boats at -40 to -60 degree Celsius, just after they are caught.

After being transferred from the fishing crafts, a tuna’s organs and gills are removed and its size and weight checked. It is then numbered. After that, the tail is cut off and displayed next to the body. The cut surface looks very much like the rings of a tree with its annual lines. Dealers evaluate the cut surface of the tuna tails as seriously as if fighting with real swords. If they want to buy one, they write down their price on a note pad. Eventually, the dealer who outbids all other bidders gets it.

Some of the dealers manage to buy plenty of tunas according to their plan. But others can’t. Dealers who can’t get enough tuna in one bidding session will participate in the next bid. Tunas for the next bid are covered with a blue sheet. All the tunas that a dealer makes a successful bid on are marked with colored strings. Successful dealers pile up their frozen tunas on carriers and the outside gate is opened for only 30 seconds. This is done to keep the market icy cold so as to keep the tuna fresh.

In Misaki, they also deal in other fish such as mackerel, pacific saury, Japanese bluefish, alfonsino, etc. When I was there, the pacific saury had just come into the market and several workers had started to sort them according to size.

The market opens at 5 AM, but the best time to go to catch most of the action is between 8:30-10AM. When you exit the train station (Misaki-Guchi on the Keihin Kyuko Line) take the bus from #2 and get off at the Misaki-ko bus stop. Cross the intersection in front of the bus stop, and go straight for a few minutes (the port will be on your left). Soon you will see a white seven-story building in front of you. A post office is on the first floor of the building. The reception for visitors to the market is on the second floor.

The Keikyu Line sells a wonderful ticket for travelers to the Misaki area. It includes a return ticket from your nearest Keikyu-line station, free bus use in the area, a food coupon that can be used at selected tuna restaurants, and the entrance fee to one of the various recreation facilities in the area. I bought this ticket at Yokohama station, and saved about 1200 yen.

There are many restaurants near the market. After you observe the tuna bidding, take a walk around the port and enjoy some tuna dishes in a Misaki restaurant! Even if you are not crazy about the taste of tuna, you will be happy meeting the friendly people who live and work here in this rural port town.

*Note: Please be aware that the market is not open every day. 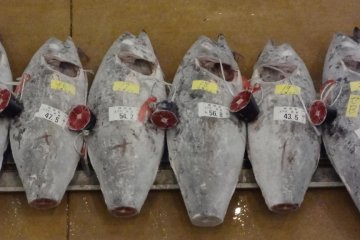 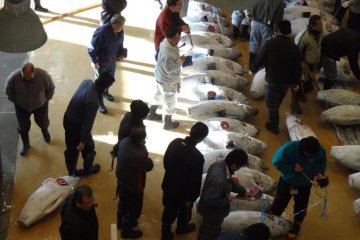 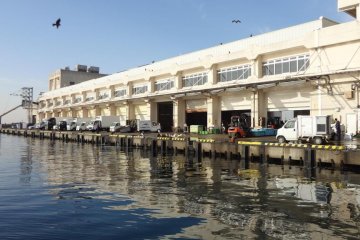 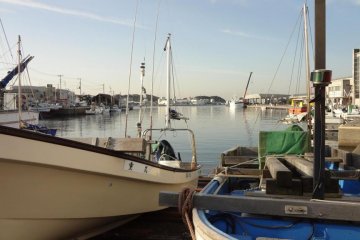 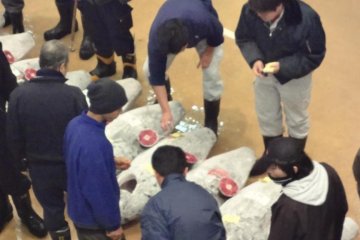 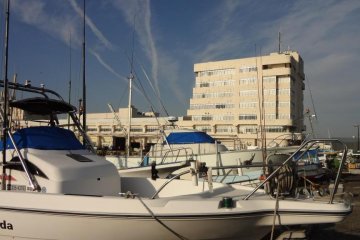 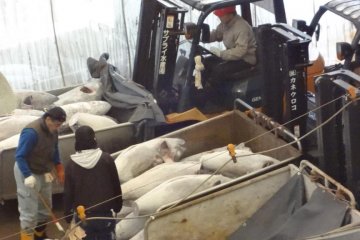 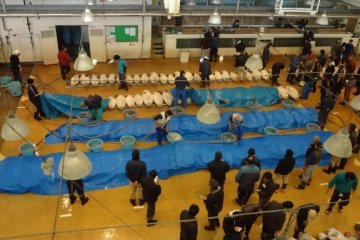 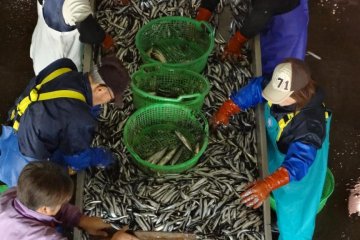