Different from all other foreigners in Japan at the time, Basil Hall Chamberlain spent most of his spare time in Hakone. He had a job in Tokyo but had his own library, secretaries and even a semi-permanent room at the Fujiya Hotel. In his memory, there is a pleasant nature trail named after him called “Chamberlain’s Promenade” near the hotel, which is located in the famous Miyanoshita district.

The trail (which takes about an hour to walk) starts from Route 138, goes down to and then along the Hayakawa River (it flows towards Hakone-yumoto) and circles back to Route 138 again. There are a few ups and downs and sometimes some slippery stones and mud along the path. So wearing high-heels is not recommended for this walk!

On the way down into the valley, you’ll pass by two inns; Yamato-ya (大和屋) and Taisei-kan (対星館). Keep following the path, cross a bridge and turn left. After that, the course becomes a simple mountain path.

In spring, you’ll see various types of cherry blossoms along the way. Yama-zakura has white flowers, Somei-yoshino has pale pink petals, and Yae-zakura has larger light-pink flowers. Your eyes will also be pleased with some other flowers such as Shaga, a Japanese iris. It has small pale purple flowers.

A famous Japanologist, Chamberlain is well known as the writer (or co-writer) of A Handbook of Colloquial Japanese, Things Japanese, and A Handbook for Travelers in Japan (a joint work with W.B. Mason). This last one in particular was constantly being revised and was published over the years in many editions.

Chamberlin was born in Southsea, England in 1850. When he was six, his mother died and he moved to Versailles, France. After high school he worked for Barings Bank but soon after joining he had to quit due to a nervous breakdown. Then following his doctor’s advice, he wandered about Austria and then Shanghai in China. He eventually made his way to Japan in 1873. He taught English at the Imperial Navel School, and Tokyo University. He devoted himself to the Japanese language, and in only a few years was capable of digesting Japanese classical literature. He translated Kojiki (古事記), which is the oldest historical book in Japan, and was the first Westerner to attempt to translate Haiku (a Japanese poem consisting of seventeen syllables) into English.

In 1911 he left Japan and resided in Geneva, Switzerland. Chamberlain spent his later life at Le Richmond, a lakeside hotel in Leman.

Chamberlain was a principal member of the Asiatic Society of Japan that was established in 1872 in Yokohama for the study of Japan and Japanese culture. Almost all members were foreign residents such as diplomats, advisors hired by the Japanese government, missionaries, and businessmen. Chamberlain took the role of chairman from 1891-1893. He published a lot of articles about the Ainu (the aboriginal people of Hokkaido). He cemented a friendship with British diplomat, Ernest Satow at the Society, and Satow often visited Chamberlain in Hakone. When Satow left Japan, Chamberlain was the lucky recipient of Satow’s collection of more than one hundred Noh song scores. He continued to make a study of Noh and introduced it to the West later in his life.

“Chamberlain’s Promenade” is a fun trail in a popular district—Miyanoshita. But the trail itself is not busy or crowded at all, and will provide a relaxing way to spend an hour after breakfast or lunch, in much the same way as Chamberlain himself might have enjoyed it. 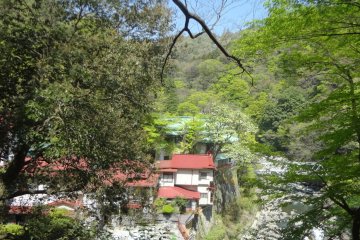 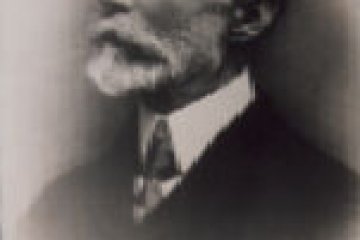 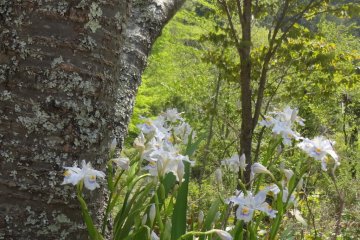 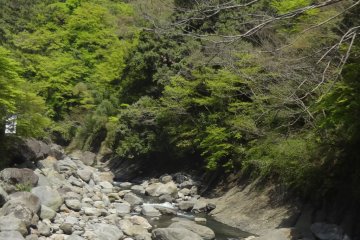 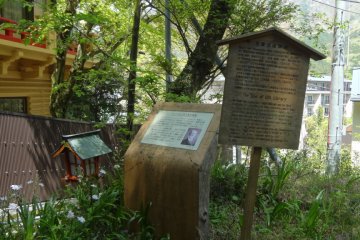 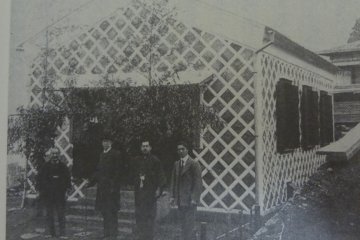 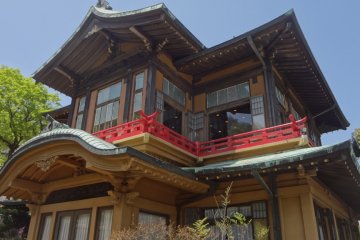 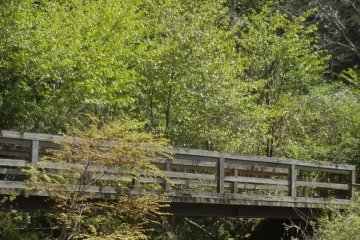 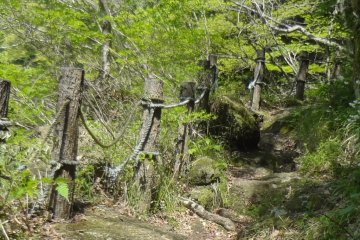 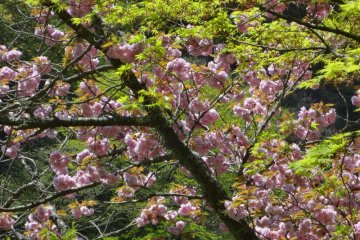