Enjoy seafood, scenery and art in this scenic spot

During my winter vacation one time, I decided to follow a friend's recommendation, and take a day trip to Manazuru. I'd been told it was attractively scenic, and a bit of research had also turned up an interesting-looking art museum.

I arrived around lunchtime, and had a quick walk up a hill to a park, then girded up with a big curry lunch at a friendly little place called Saamaany Curry, just near the station. From there, I set off on the walk towards the main town, to see what I would find there on my way to the cape.

What I found were a couple of attractive temples, and an appealing fishing harbour, busy with visitors and workers; there's a very nice view out towards the sea, and another one back towards the land as you walk around. On this side of the harbour there's also Kibune Shrine, said to date back to 889CE, site of a major summer festival every July.

I walked along the road that follows the coast from here, enjoying the rugged, rocky shore of Kotogahama. I wasn't the only one; there were a number of anglers trying their hands, and a photographer taking pictures of a mermaid (or at least, a woman in a mermaid costume).

After more walking I reached the cape at the end of the peninsula. There are some facilities for visitors here: a cafe and souvenir shop selling local produce and crafts, and the Endo Shell Museum, with a collection of over 50,000 shells, representing more than 4500 species from around the world.

The main draw here at the cape is the scenery. from the car park there's a great view of the ocean, and from there I walked down some steep steps to a rocky beach. This looks out over the ocean to the Mitsu-ishi, three rocks protruding from the sea, connected by a heavy sacred rope.

My final stop was at that art museum I'd found. It's dedicated to the work of Nakagawa Kazumasa, an artist who had a studio locally, and who produced a range of colourful, energetic artworks, including paintings, calligraphy and ceramics. This was a really nice, relaxing place to sit and contemplate, though I then had to stroll pretty briskly back to the station for my train.

Manazuru station is on the JR Tokaido line; it's about 100 minutes from Tokyo station on a regular train, but with a JR Pass (or deep pockets), you can cut the journey time by taking a shinkansen bullet train as far as Odawara. 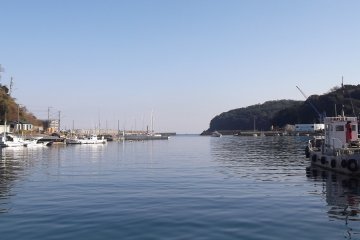 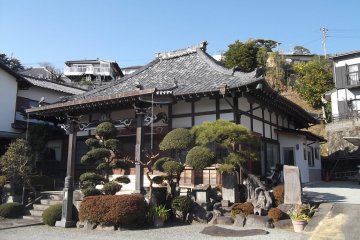 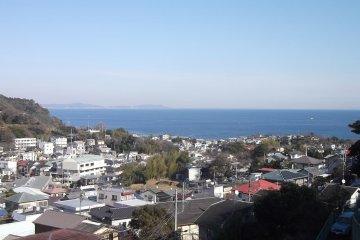 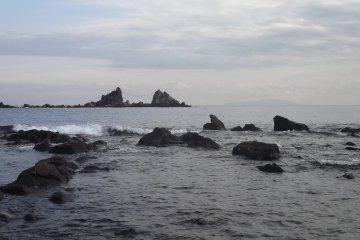 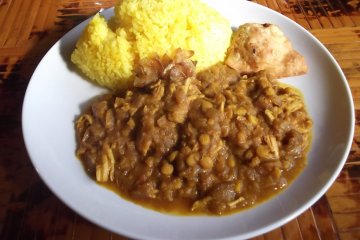 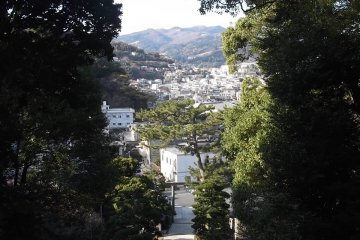 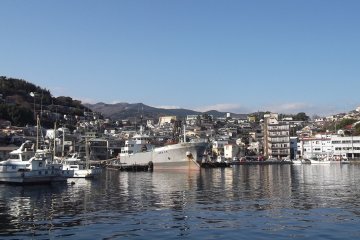 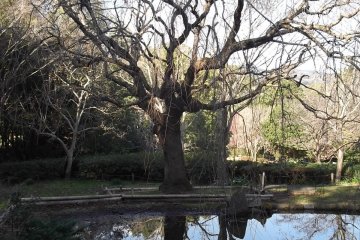 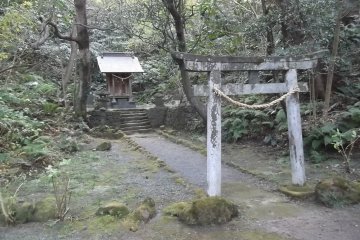