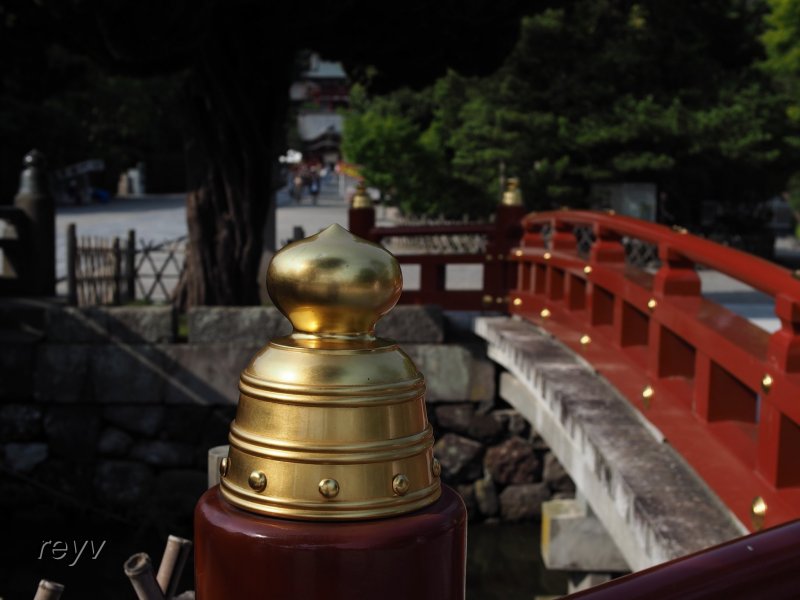 In the dying light, the bridge still glitters 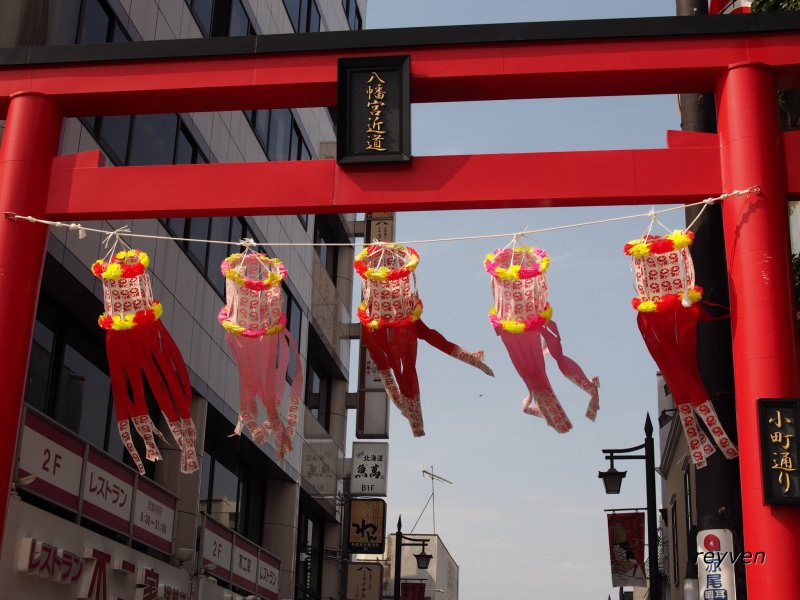 Going through this torii gate signals the start of the walk. Soft shadows on the gate characterize the quality of light of the day 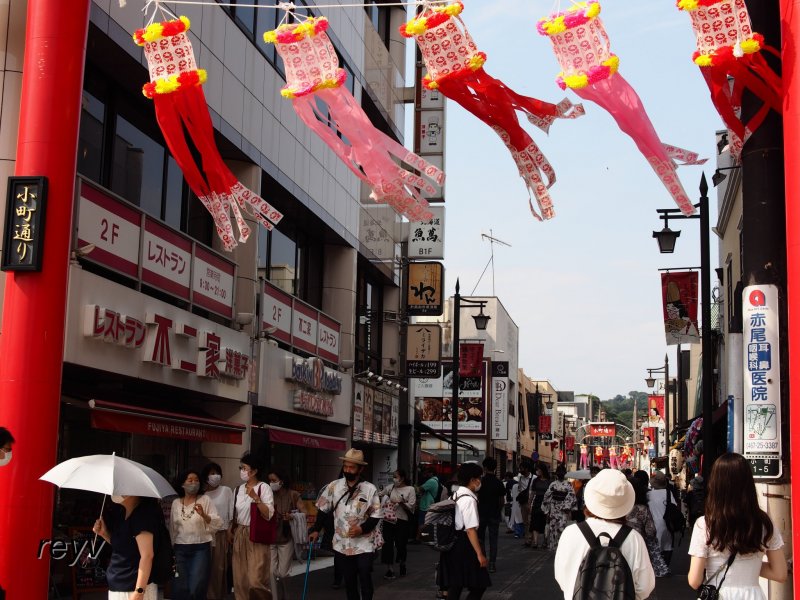 Young and old, men and women, fill the streets of Komachi even during the State of Emergency 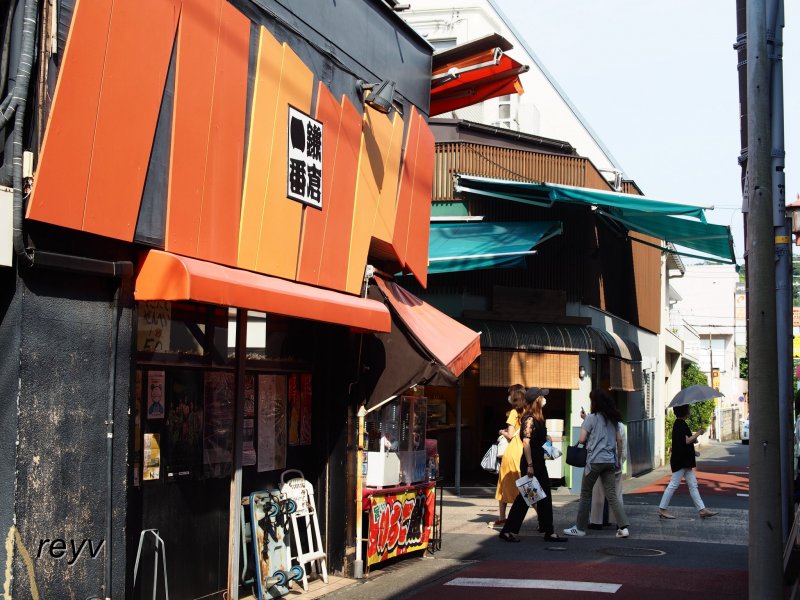 A storefront this photographer has noticed for the first time 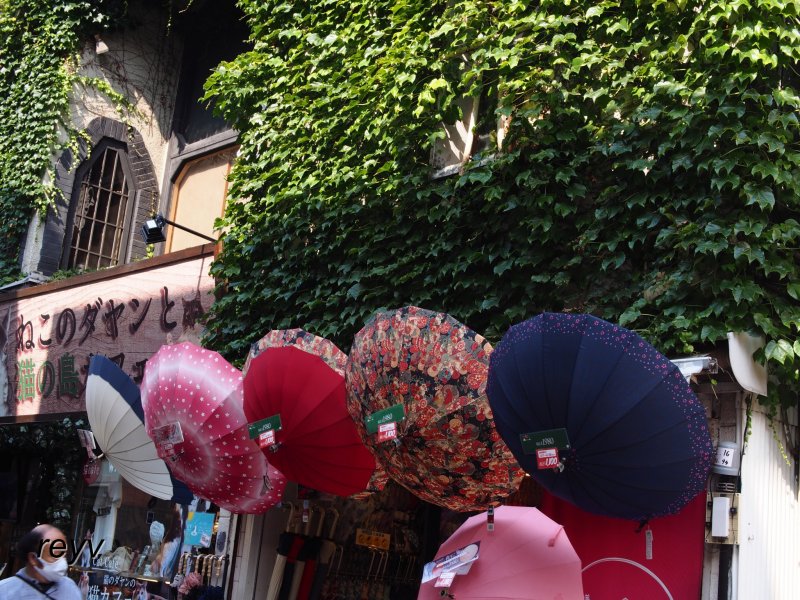 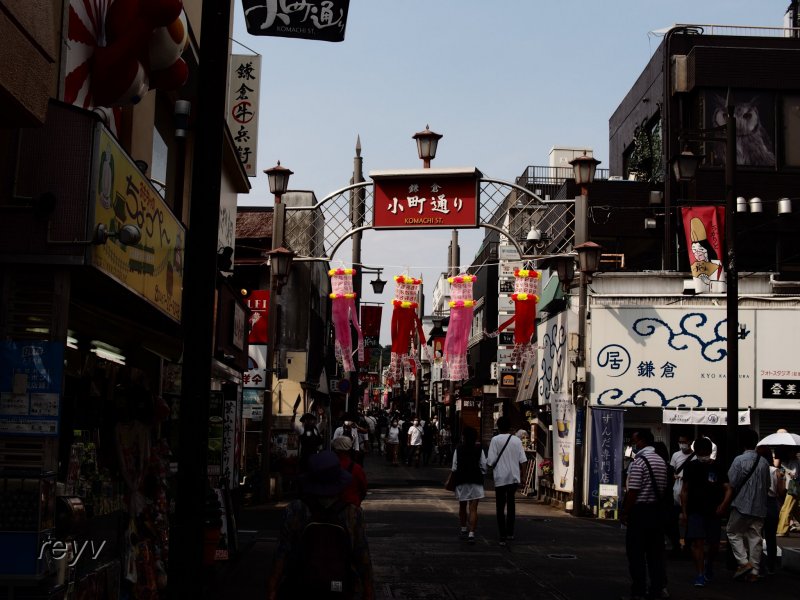 Light and shadows amongst the masked men and women 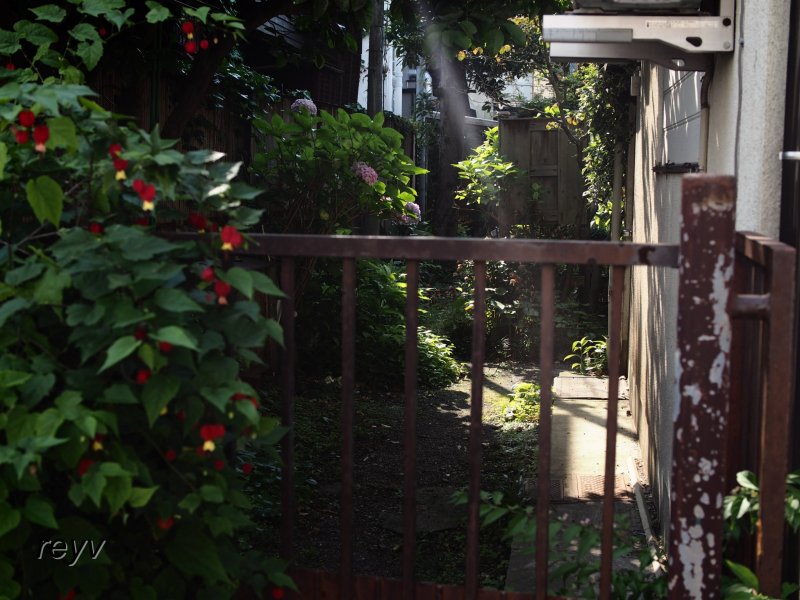 Along the busy streets of Komachi, it is rare to find blossoms in their quiet solitude 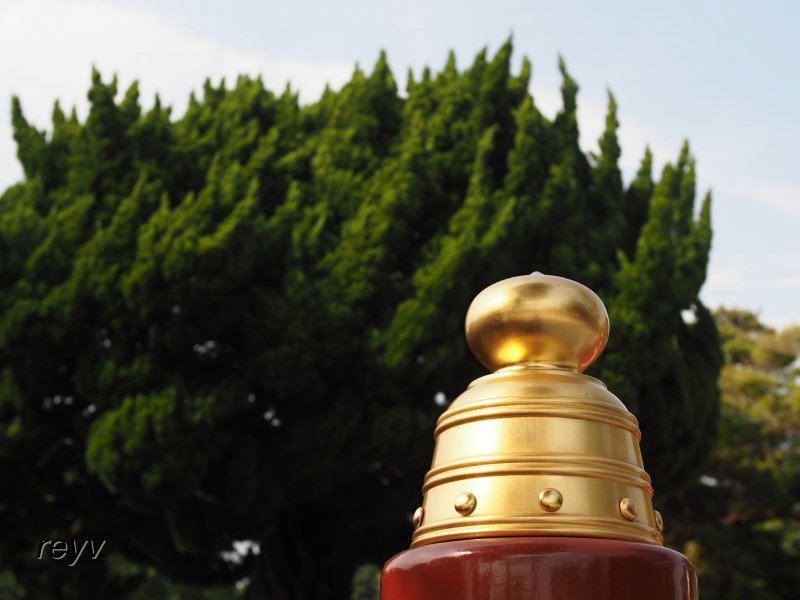 The vermilion arch bridge that leads to Hachiman Shrine has posts with gilded tops. The late afternoon light intensifies its simple elegance 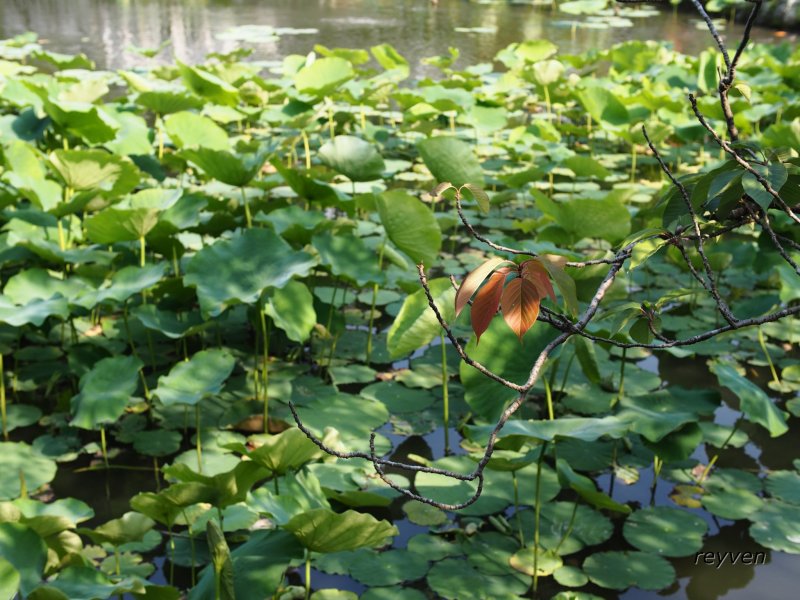 Ripening leaves of sakura shine over the lotus pond 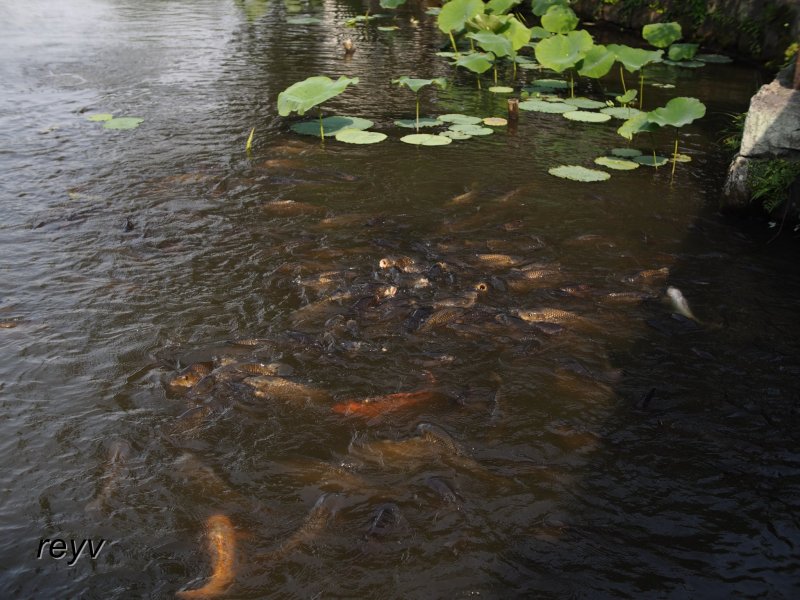 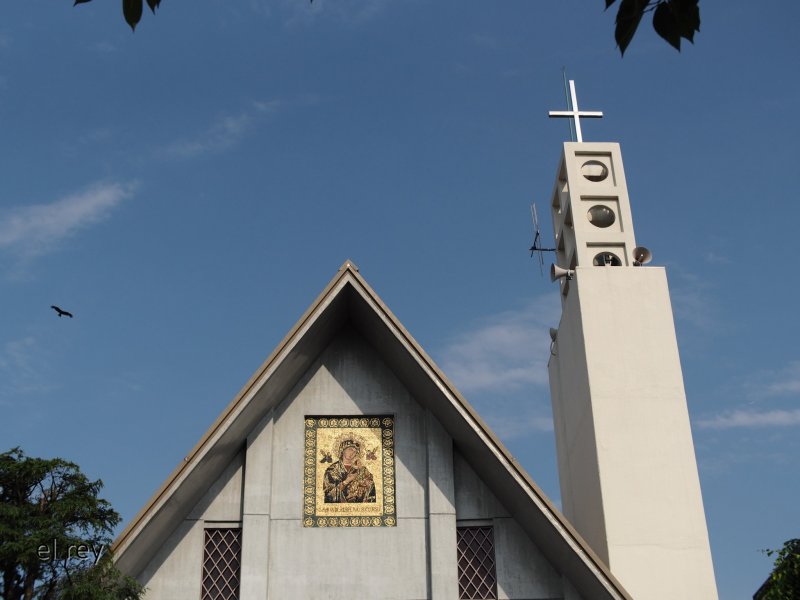 Along the main road, not far from the shrine is a Catholic church. It is a testament to the quiet co-existence of religious beliefs even in the heart of an ancient city 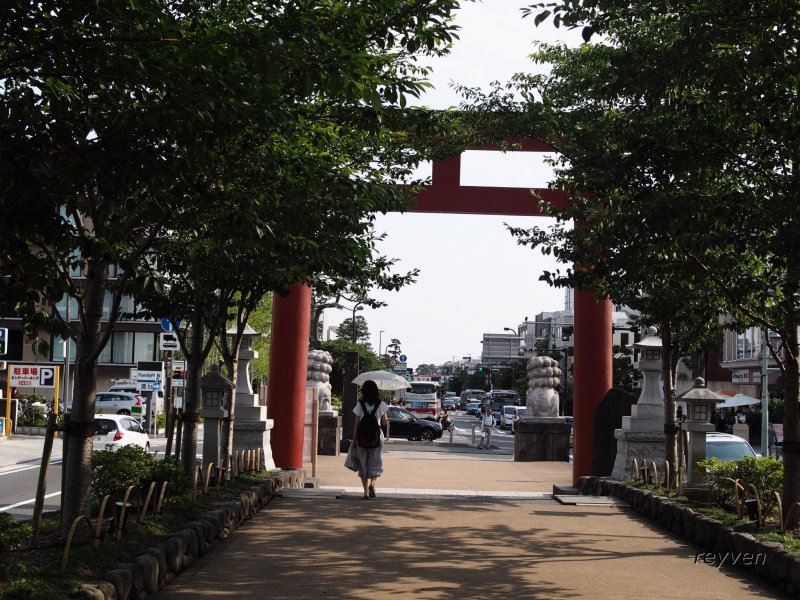 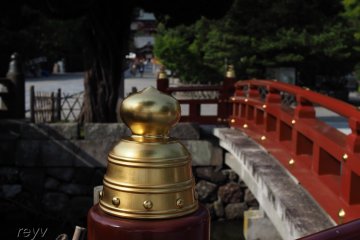 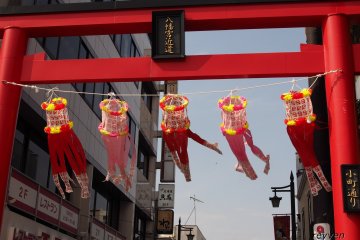 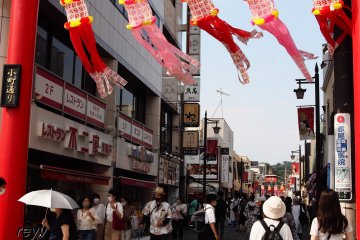 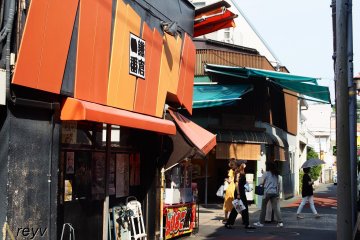 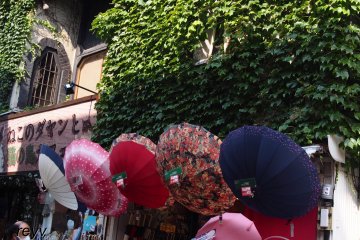 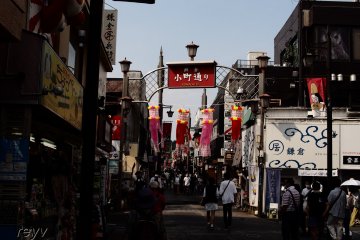 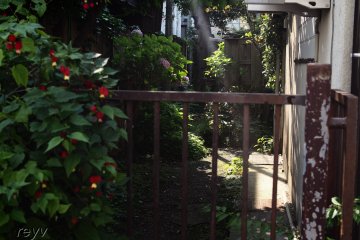 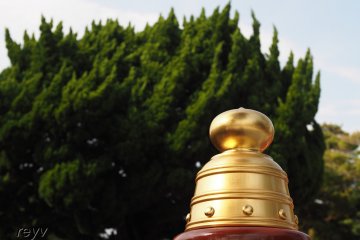 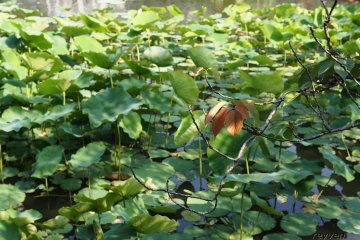 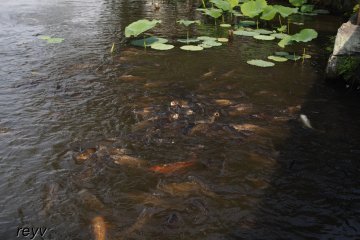 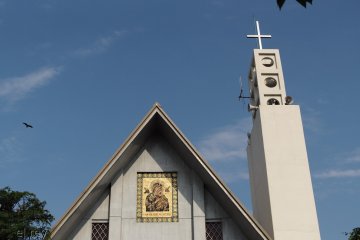 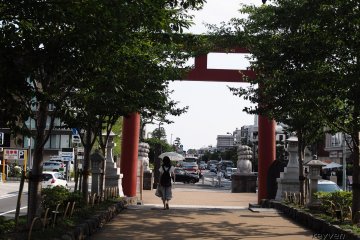 There are a hundred and one reasons for visiting the ancient city. No matter how many times you have taken the Enoden Line, Tokaido, or Yokusuka Line to the old capital, you will not run out of excuses for paying a visit to this ancient seat of power and culture. This time I had one specific purpose - to capture images during the golden hour - the time of day when daylight here is gentler and softer.

I arrived at 4.00 p.m. Wasting no time, I walked through Komachi Street right away. The torii gate was bathed in golden light. The timing was perfect. I snapped a good number of frames. Then I spotted the awning of a rice cracker shop. From a distance, I took a wide shot; the play of light and shadow was lovely. Next, a window carpeted with luxuriant Virginia creepers caught my attention. Below it hangs elegant umbrellas for sale. I have always wanted to buy a Kamakura umbrella to give to someone.

Most establishments along Komachi Dori are shops selling various goods. But there are still a few that remain residential. Like a gem among the sea of consumer items and souvenirs, I noticed some ajisai (hydrangeas) in a front yard. Instinctively, I released the shutter to record the moment.

I wandered around the city for more than an hour. The intensity of summer light was filtered by the cloudy sky. Thus, the golden hour was muted. Colors were pale, shadows softer, and the contrast lighter. However, when I reached the grounds of Hachiman Shrine, I came upon a golden sight: the gilded lotus-shaped tops of the vermillion soribashi (arch bridge) to Hachiman Shrine. I have never seen them more golden than this time. The fading afternoon light enhanced their elegance.

The theme of the day is golden hour. With this single objective I discovered a face of Kamakura that I had not seen before.