Within clear sight of the recently UNESCO accredited Mount Fuji lies the rural district of Yamakita, a collection of small villages which feel and look in many ways like Kanagawa`s forgotten western frontier.

Sandwiched in between Yamanashi Prefecture to the east, the Tanzawa Mountain range to the north and the ever popular resort of Hakone to the South, Yamakita represents a truly authentic slice of rural Japan without the tacky commercialism that seems to accompany so many other places.

Dotted along the rural JR Gotemba Line, the small town of Yamakita packs several interesting sights including the impressive Shasui Waterfall along with its mini crown in the Jewel, Mount Ono. Unknown to most foreigner visitors, this small mountain stands at only 723 meters high making it a relatively easy but very pleasant escape from suburbia.

Starting from Yamakita Station and ending at neighboring Yaga Station, this interesting four hour walk passes through a number of local neighborhoods before ascending to the top of Mount Ono, via a forest trail. From the summit you will be treated to some of the best panoramic views of Mount Fuji within the whole of Kanagawa Prefecture!

As an added bonus, because of the present lack of English literature written about this course, there is a high probability you won`t encounter too many other foreigners along the way. For maps and information (in Japanese), the Yamakita Visitor Center, located directly to the right of the station exit is an excellent source of information!

From Yokohama Station, the JR Tokaido Line represents the quickest and easiest way, taking a little over an hour and requiring only one transfer at Kozu Station for the JR Gotemba Line. One-way fares cost around 1,200 Yen.

After picking up your maps from the visitor center return to the station exit then turn left, walking along a small shopping street. Several minutes later you will reach a cross roads containing a series of signposts pointing in various directions. Follow the signs for Mount Ono (大野山) by cutting left down a small side street where the path runs parallel to the train tracks.

Continue walking along this path for about 10 minutes until you reach a bridge with a distinctive wooden signpost. Turning left, cross over this bridge and simply follow the many signs for Mount Ono which after about 15 minutes will lead you through a tunnel. Directly to the right of this tunnel is a road leading up into the hills. This is where your journey begins!

After a gradual 20 minute ascent up this road, a path will veer off to the right, passing through a small bamboo grove before entering a local residential area where you can see many small tea plantations and catch your first glimpse of Mount Fuji. A couple of minutes later, the trail head for this hike will appear on your right. From this point to the summit it`s about an easy hour's hike.

Just before reaching the summit, you will pass through an area of isolated forest which curiously, contains many wooden animal carvings. More interestingly however, is the fact that despite being a popular recreation spot, Mount Ono functions primarily as a dairy farm where there is plenty of evidence of this throughout the hike.

Located just a couple of meters away from here is a large clearing marking the official summit where, unless you`re walking with your eyes closed, should provide you with some amazing views of Mount Fuji.

With such a commanding view of Japan`s highest mountain, this area makes a perfect spot for having lunch which, despite being popular with local hikers, shouldn't`t get anywhere near as crowded as other more famous places like Mount Takao.

Once your stomach is full enough, look for the signs for Yaga Station (谷峨駅), where the easy decent takes about one hour and 20 minutes. As you descend along this trail, you will be treated to some amazing views of the lower-lying ridges and peaks along with Mount Fuji which seems to get closer with every step. Before long, a wide valley with a large river and a very distinctive red bridge will open out below you.

As you cross over this river, the last several hundred meters of this walk will take you through some rice fields with the clearly signposted Yaga Station now only a few minutes away. As you approach this small rural station, the sound of traffic emanating from a nearby highway serves as a great reminder that civilization is only a few steps away.

Yokohama based content creator, editor and researcher. Steven likes, eating, reading and traveling on a streamlined budget guaranteed to make any self-respecting local gulp. When not too busy with work assignments, Steven attempts to not get lost while following Japanese tourist maps.I can be followed on https://stevefmorton.wordpress.com/  or    https://www.instagram.com/stevensvisuals/Lets connect! 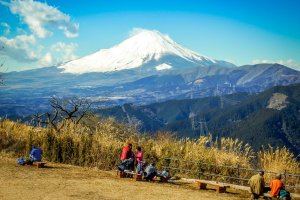 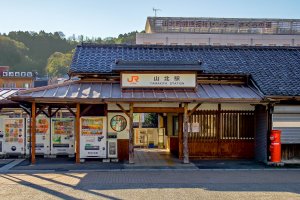 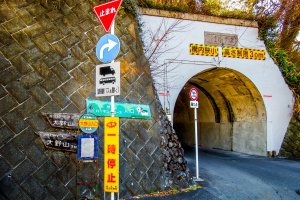 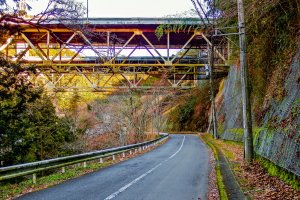 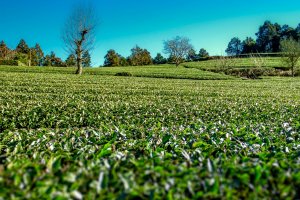 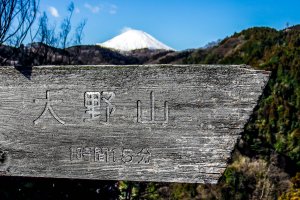