Shichi-fuku-jin on display among other toys produced in Kanagawa (Photo: Shiroi Tenshi)

History of the Russian Matryoshka

The prototype was a Japanese nesting doll

Matryoshka is a very famous Russian doll all over the world, but its roots are in Japan! At the end of the 19th century, history shows that a nesting doll from Japan had inspired Russian artists from a Moscow workshop called, “Children’s Upbringing,” to create their own version of a nesting doll. It was named Matryoshka from the name Matryona (mother) and became very popular. Matryoshka became internationally known after its showing at the World Exhibition in Paris in 1900 where it received the bronze medal. Since that time Matryoshka became the symbol of Russia and a well-known as Russian doll.

Funny enough, in Japan the Russian Matryoshka is more known and popular than their own nesting doll! When I asked my Japanese friend about it, she didn’t know anything about the doll at all. But, later she found it through an internet shop and presented it to me! I was surprised that it hadn’t changed a bit since the 19th century. Later, I found a sample of Matryoshka’s “Japanese father” displayed in the Doll Museum of Yokohama and knew it was produced in Kanagawa Prefecture. The real name of the doll was “Shichi-fuku-jin” while in Russian sources has misnamed it as “Fukuruma."

Shichi-fuku-jin figurines and images of all kinds are very popular in Japan. They represent Seven Gods of Fortune and are believed to bring good luck. They are: Fuku-roku-ju, Hotei, Jurojin, Ebisu, Bishamonten, Daikoku-ten and Ben-ten. Only one of them is a female – Ben-ten, the Goddess of Arts.

They are commonly represented sitting together in a treasure boat to symbolize coming to prosperity and are particularly popular in the New Year.

Unlike the Japanese “father” doll, Matryoska changed a lot. At first it was produced as an artistic doll and was painted by artists. The sets represented peasant and noble families, heroes of Russian folk tales and characters from literature, historical personas and etc. Then Matryoska became an object of wood crafting. Russian wood crafting was quite developed, and each craft center produced its own type of Matryoshka with a different design of a shape and painting. The number of Matryoshka's pieces also varied. The biggest ever set contained 72 dolls! The most famous used to be Matryoshka of Semyonov - one of the dolls flew into space with astronauts. Since 1900, Matryoshka is the most famous Russian souvenir doll till this day and it can be found in Japan as well.

The Japanese nesting doll, Shichi-fuku-jin, can be see on display at Yokohama Doll Museum. But unfortunately, I have never seen them at any souvenir shops in Japan!

I am interested in Japanese art, crafts, history and Shinto religion. Photography is my hobby, and there are many amazing places to capture in Japan. 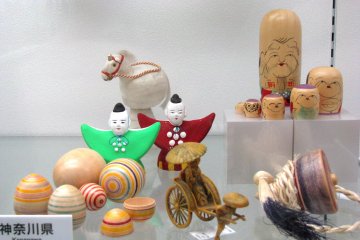 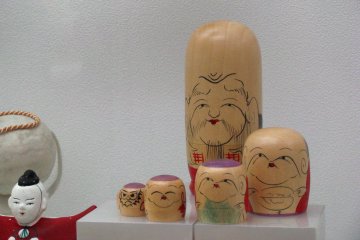 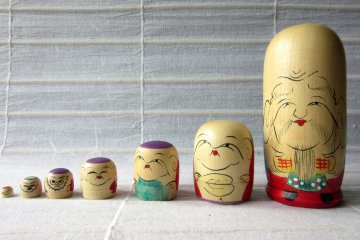 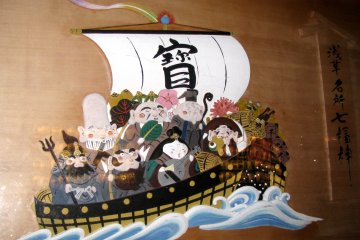 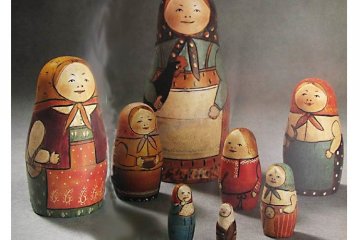 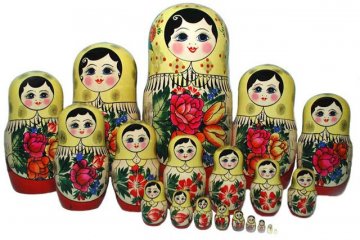 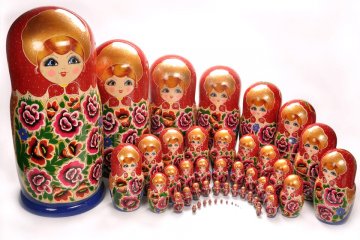