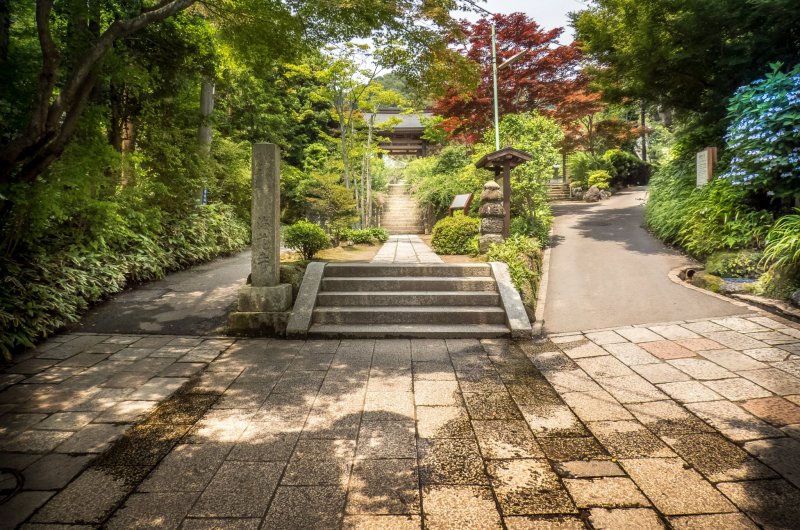 The temple's front entrance is tucked away into a residential neighborhood 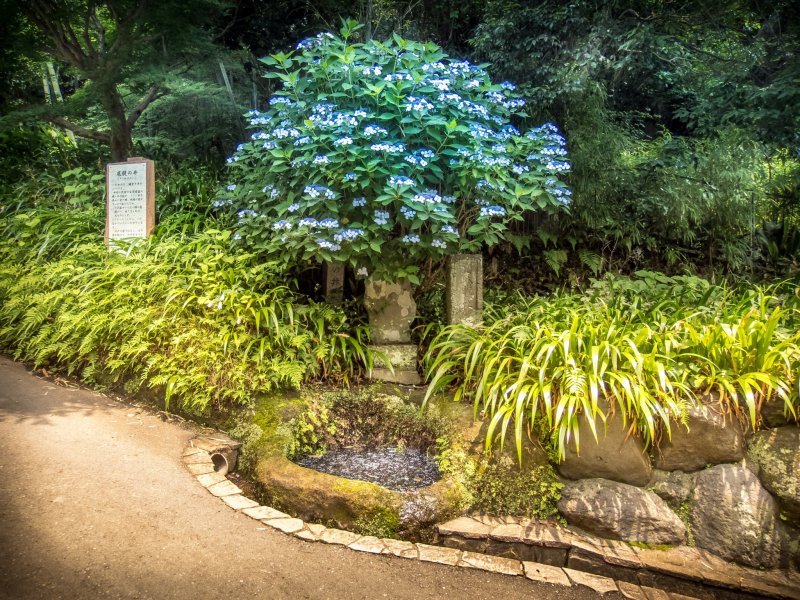 The first sight of the temple's hydrangeas 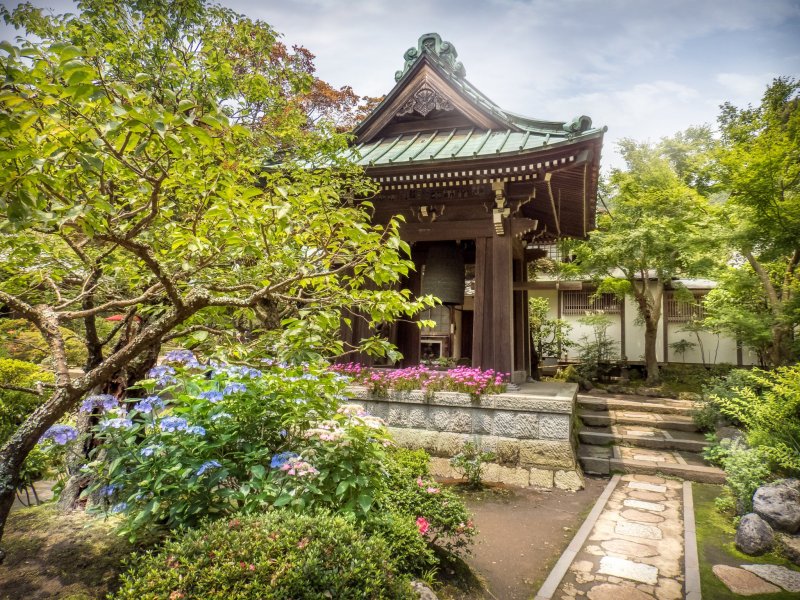 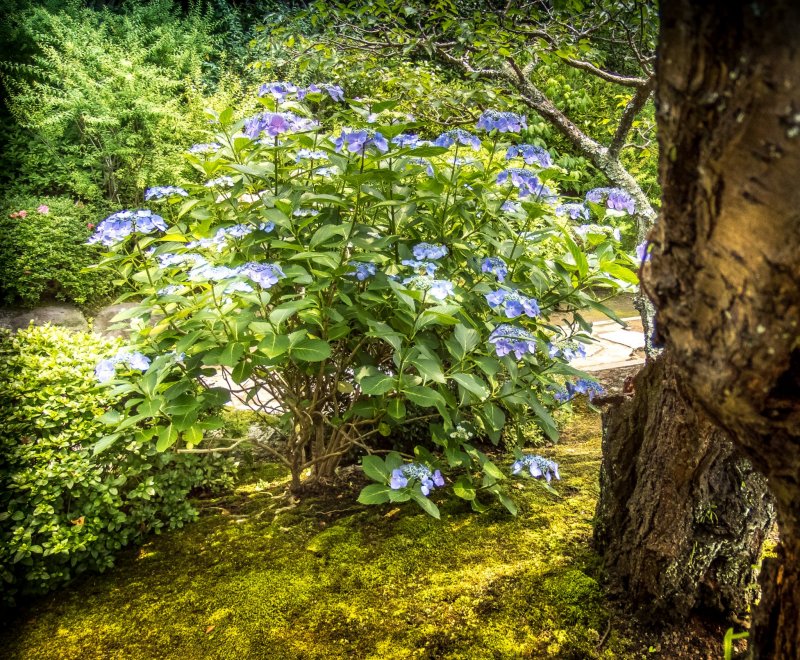 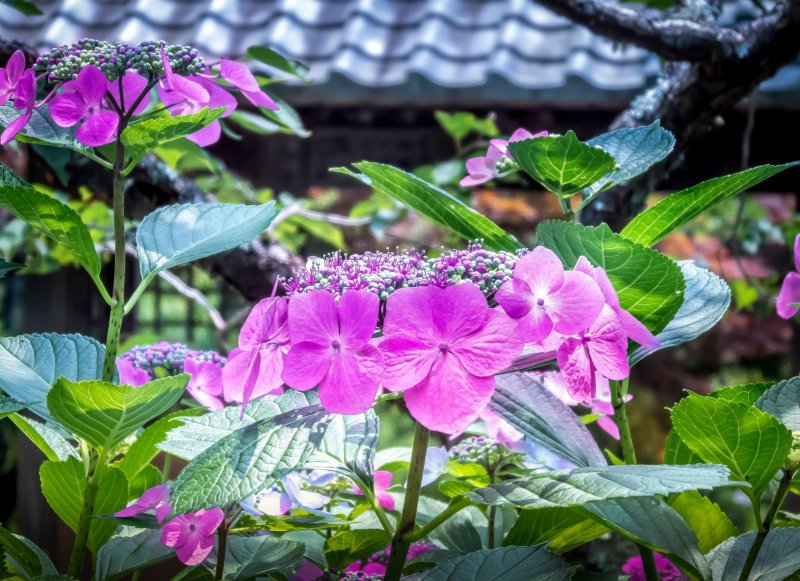 Inside the temple's courtyard 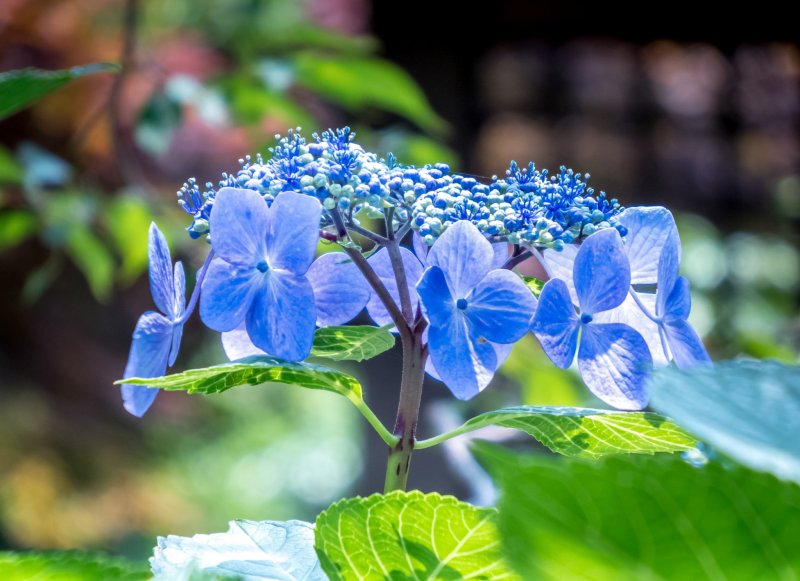 In front of the main temple hall

The colorful sights were all around 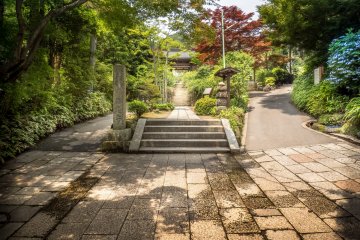 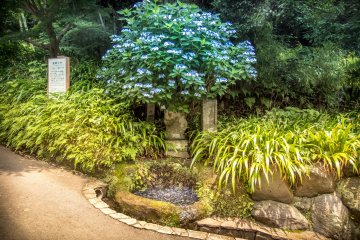 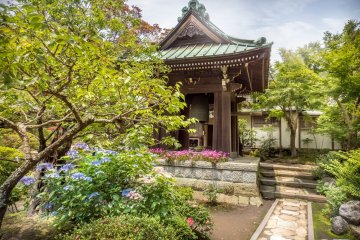 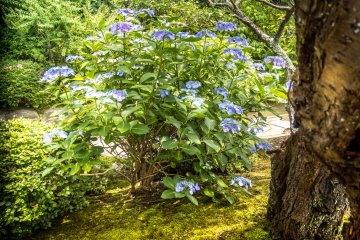 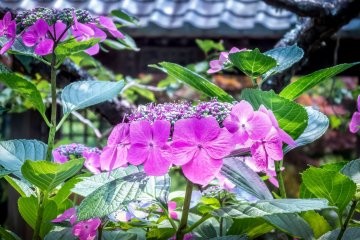 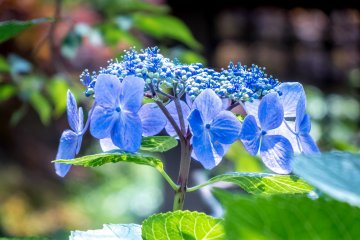 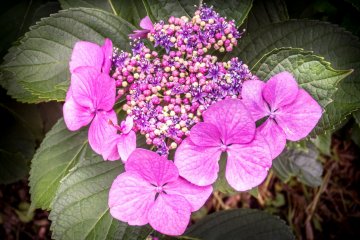 Having spent the last number of year’s visiting some of Kamakura’s vast array of wonderful sights, I was coming to the point where I decided to explore some of the city’s lesser known attractions including Kaizoji Temple. Known as the water temple, Kaizoji is tucked away into a residential area on the side of a hill and features a picturesque pond, 16 intriguing wells, and numerous religious structures. The temple also has many seasonal flowers, including plums blossoms which bloom early spring and hydrangea’s in early summer.

While almost all of Kamakura’s temples were built during the Kamakura Period (1185-1333), Kaizoji has the distinction of being one of the few to have been built after this area in 1394. This was during the Muromachi Period, which was from 1336-1573. At the time of the temple’s construction, Kamakura was no longer the capital of Japan and the country was ruled by the Ashikaga Shogunate in Kyoto. Although present day Kaizoji is relatively small, during its heyday the temple was reported to have had over 10 structures making it comparable with the likes Kenchoji, one of Kamakura’s biggest and most famous temples.

Because of this year’s unusually early warm weather, Japan’s hydrangeas which usually bloom in around the middle of June, were already in bloom by the time I visited this temple in late May. The sight of these colorful flowers added an extra element to the temple’s already picturesque setting which also featured many other attractions. In short, Kaizoji presents an excellent place to relax and enjoy the tranquil atmosphere

Although it is possible to access this temple from Kita-Kamakura Station, (as I did) the easiest option would be to first visit the tourist information desk located outside of the ticket gate at Kamakura station’s West exit, who’s ever helpful staff will be able to give you a map and directions. From Kamakura Staton, it is about a 15 to 20 minute walk. Kamakura Station is located on the JR Yokosuka Line and is about a 30 minute ride from Yokohama or about an hour from Tokyo Station. One-way fares cost around 350 Yen and 940 Yen, respectively.