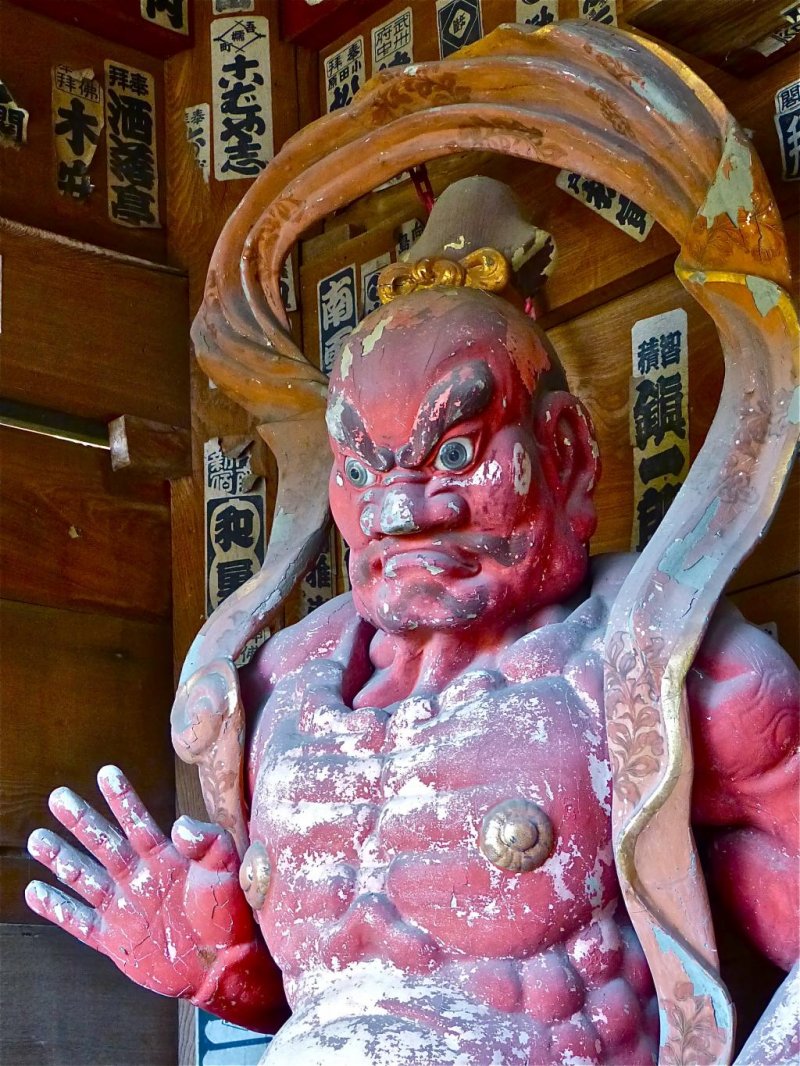 The oldest temple in Kamakura with a mysterious legend

Guardian God of the temple gate 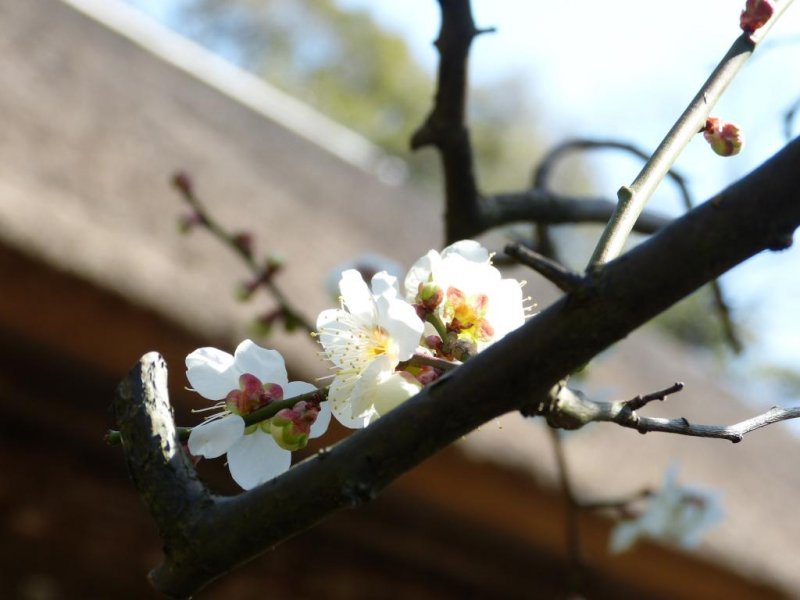 White flowers of the plum tree 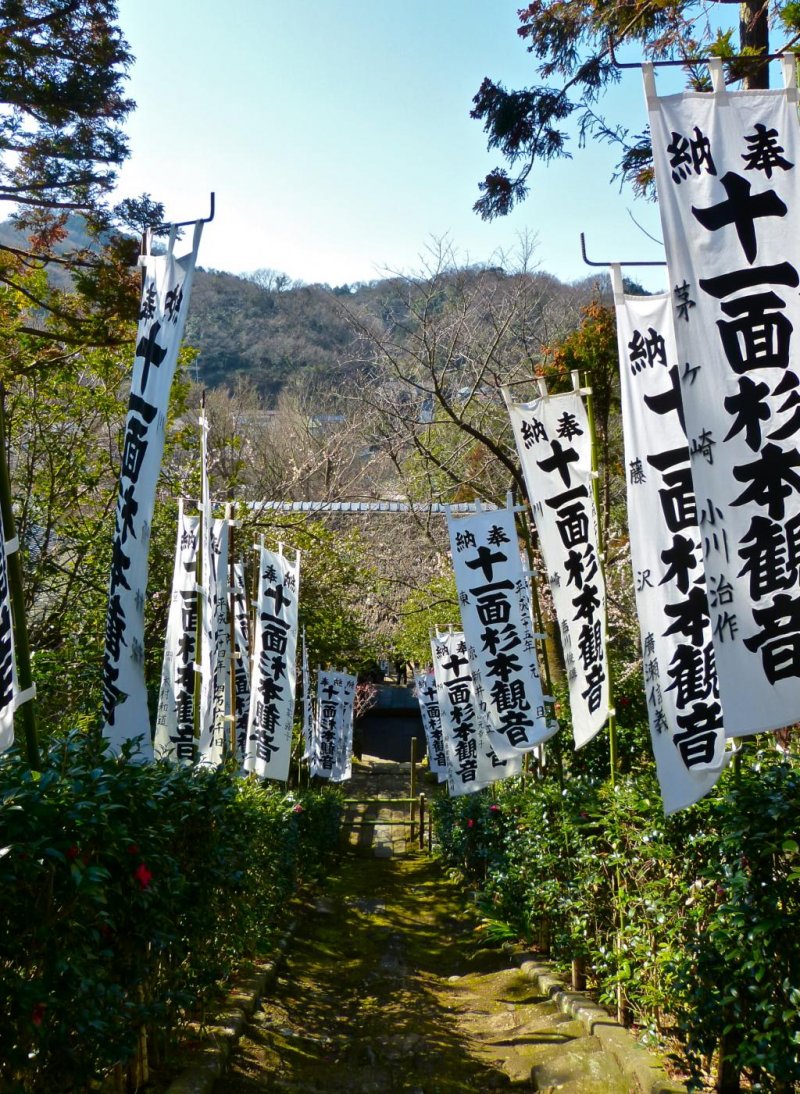 Lots of banners flanking the approach 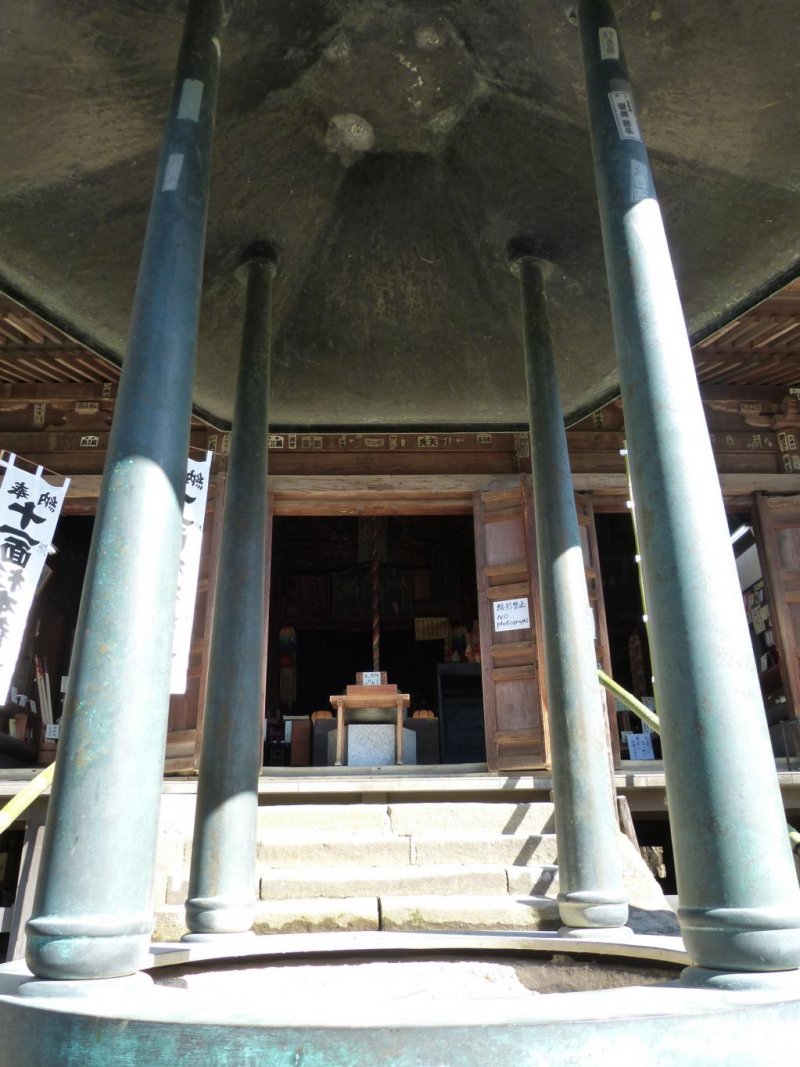 The front of the main hall 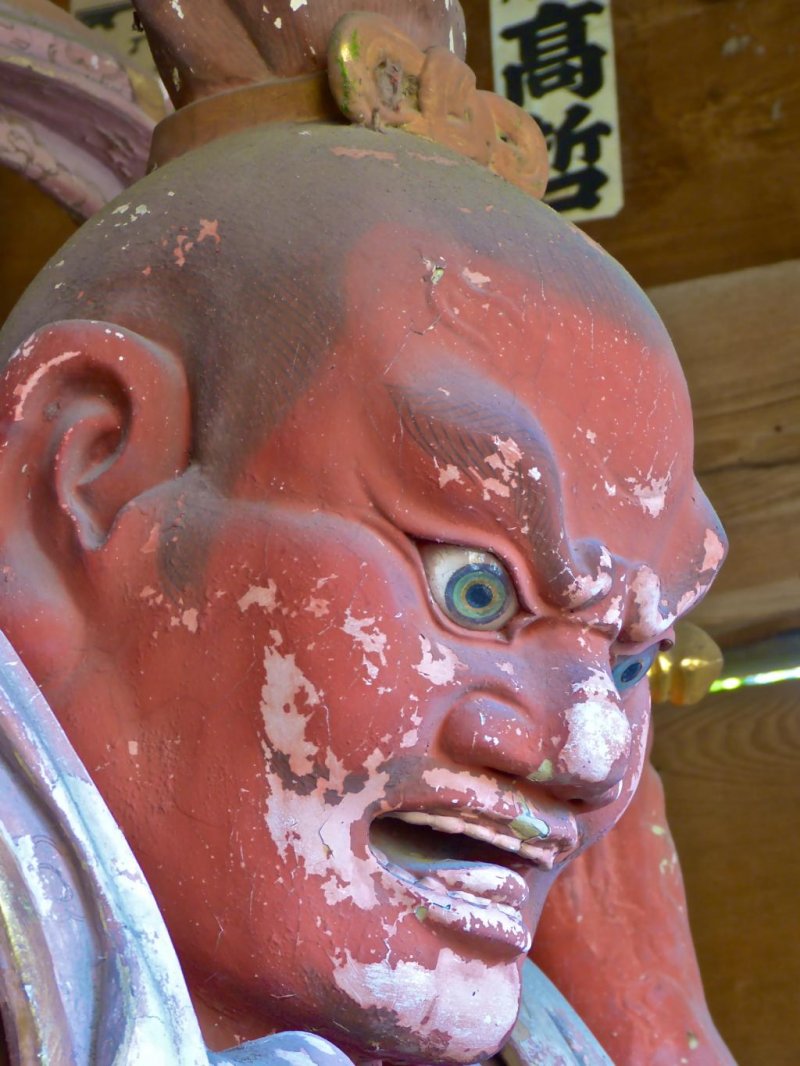 The eyes of the Guardian God are made of crystal 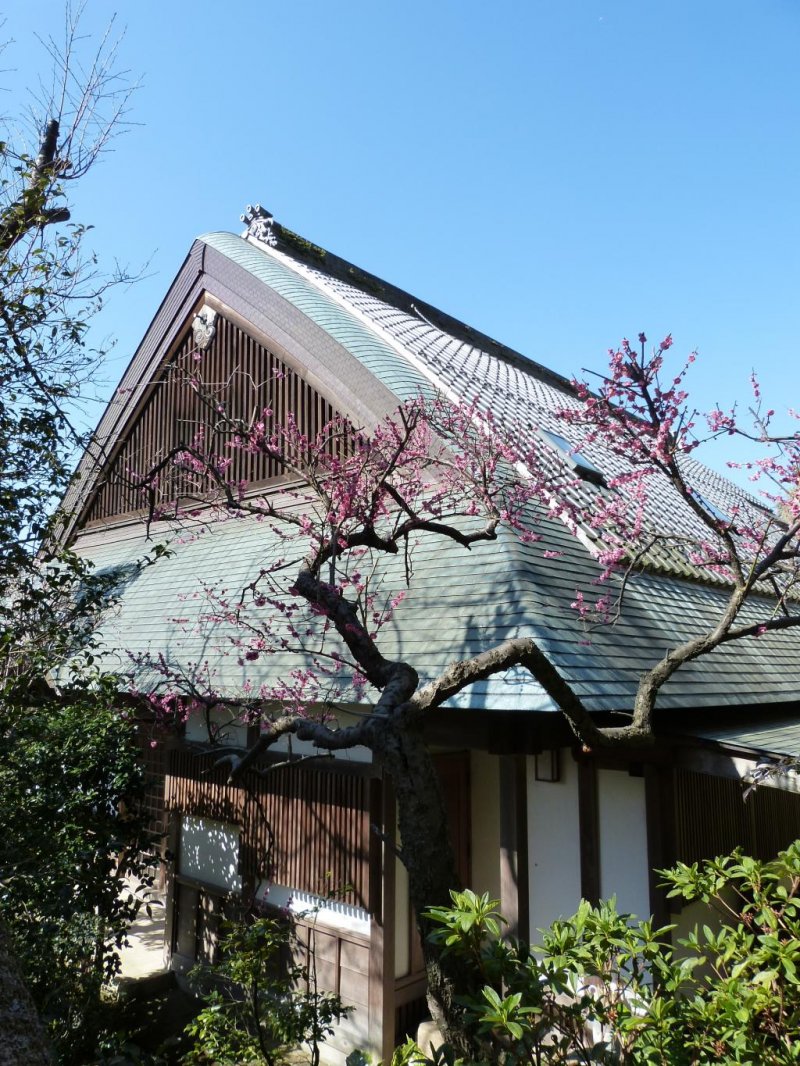 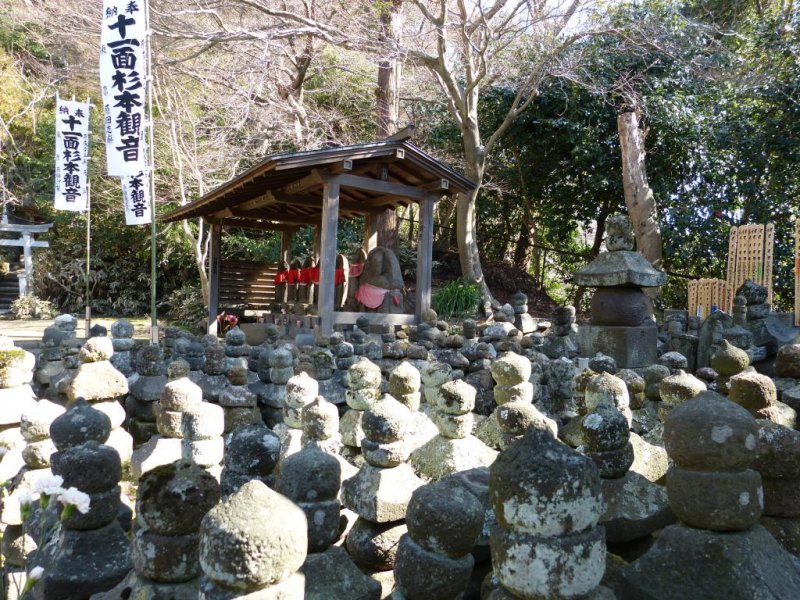 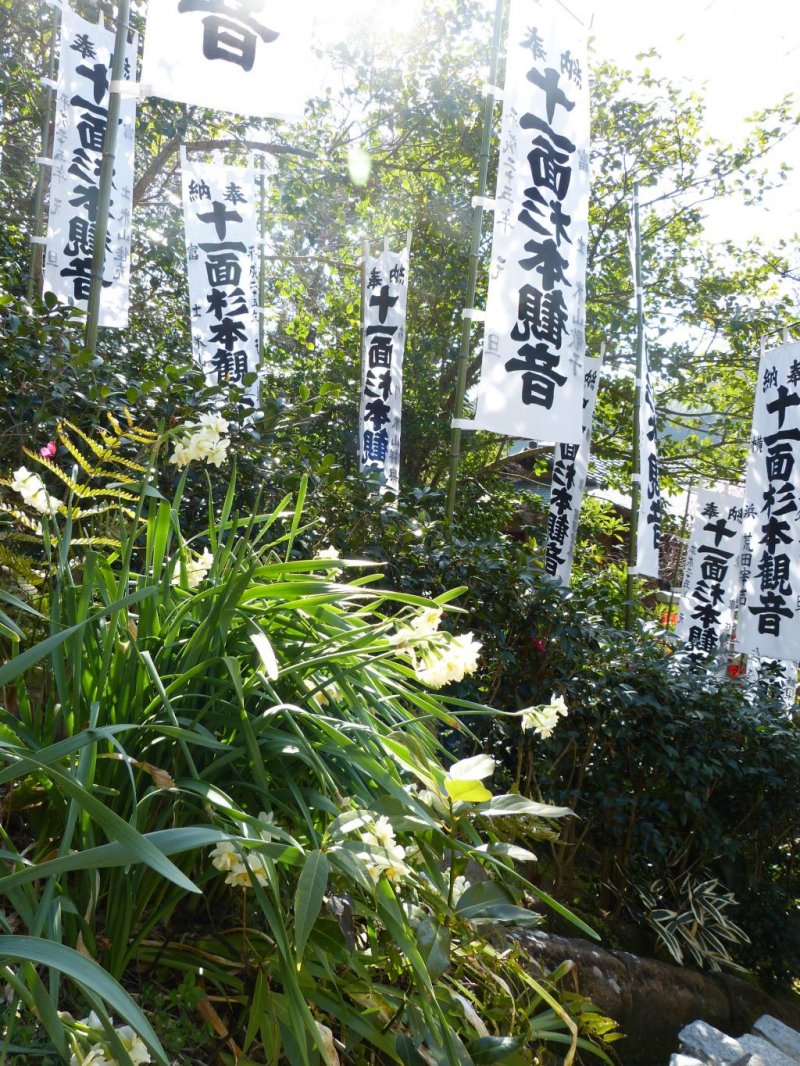 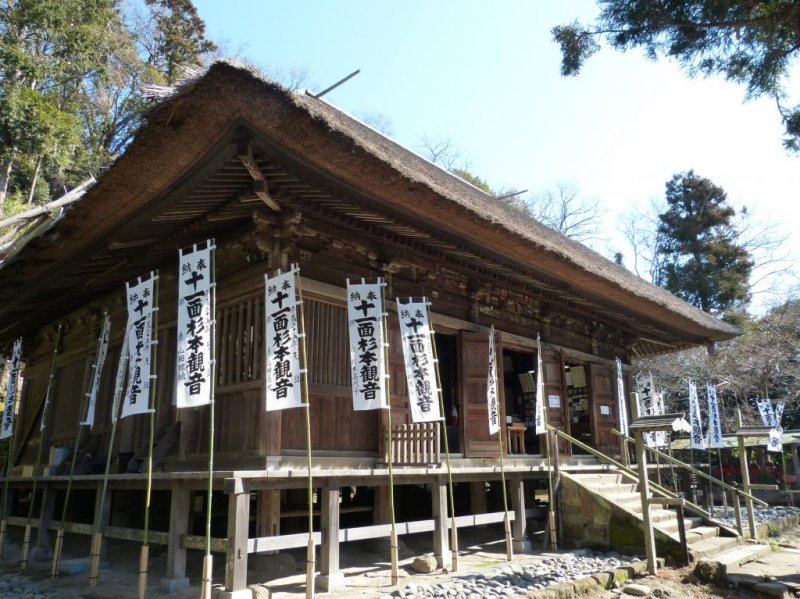 The main hall (taking photos inside is prohibited) 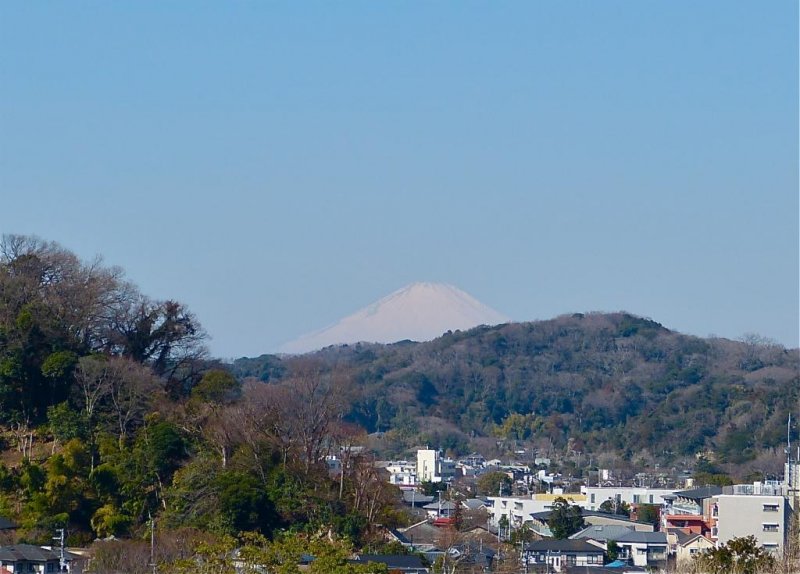 From above the temple: a nice view of Mt. Fuji 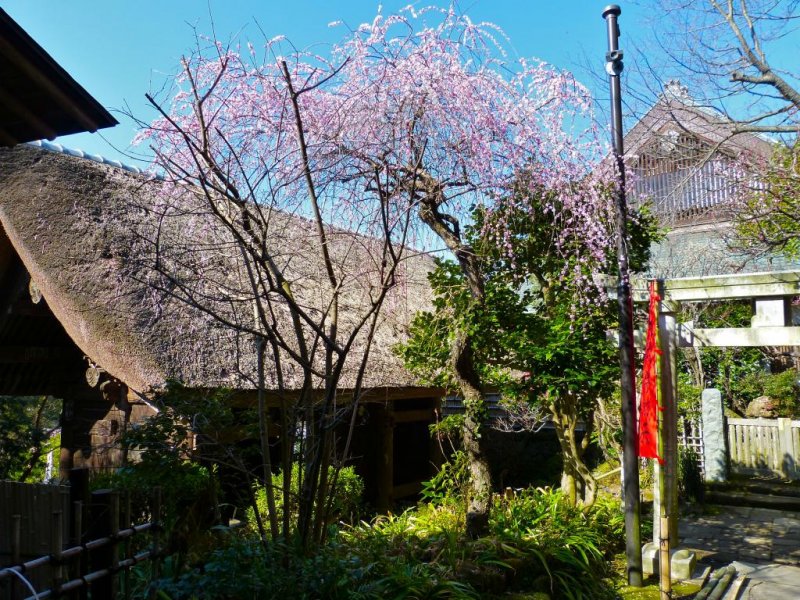 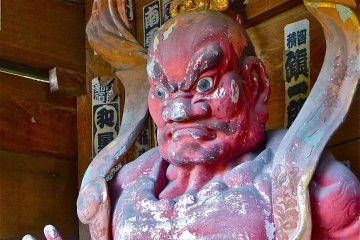 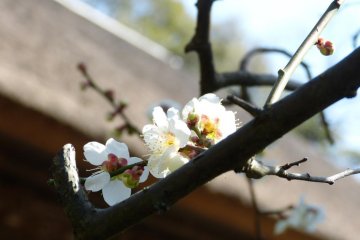 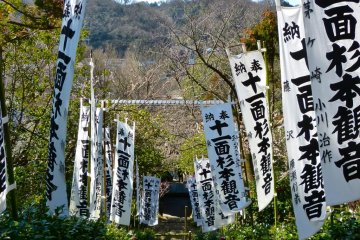 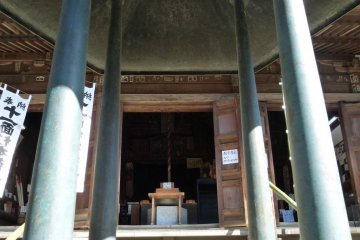 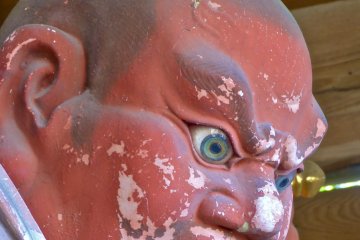 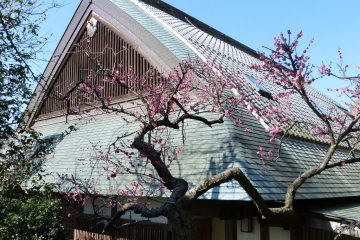 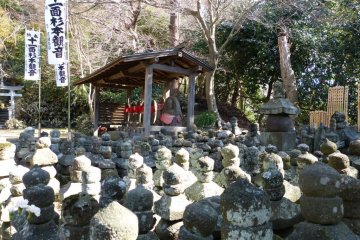 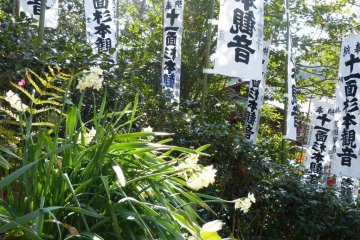 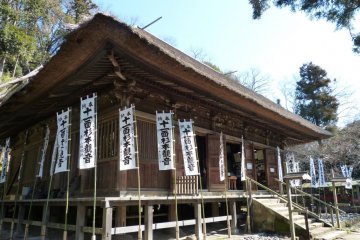 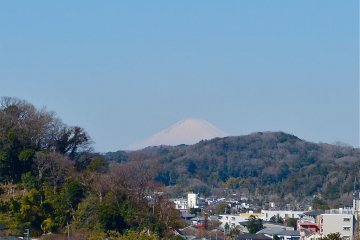 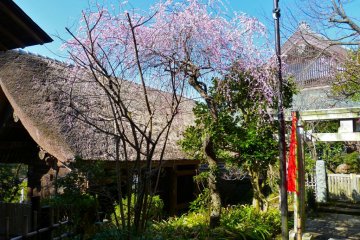 Sugimoto-dera Temple was established in the year 734 by priest Gyoki. He carved a statue of an 11-faced kannon and enshrined it at the temple. In 851 priest Ennin also made an 11-faced kannon, and in 985 priest Genshin worked on yet another 11-faced kannon and enshrined it, as well. According to the legend, these three kannon statues escaped from a huge fire 750 years ago. They moved to and sat under a cedar tree in the temple grounds (by themselves) in order to protect themselves. After that, people called this temple Sugimoto-dera (literally, “under the cedar tree”).