A hidden gem with some striking Buddhist statues 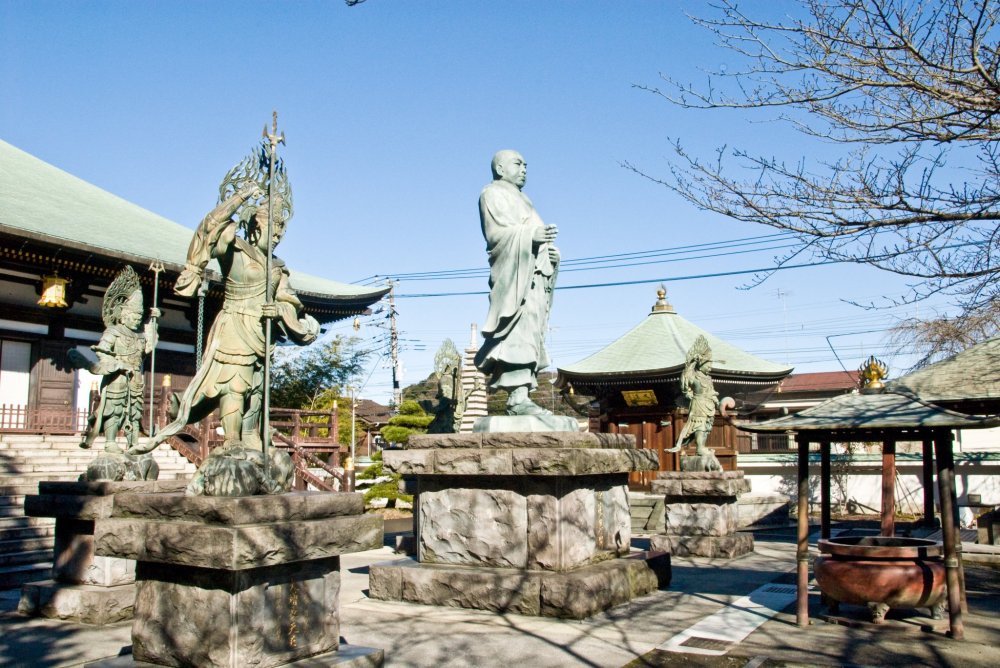 The statues of Nichiren and the four Heavenly Kings 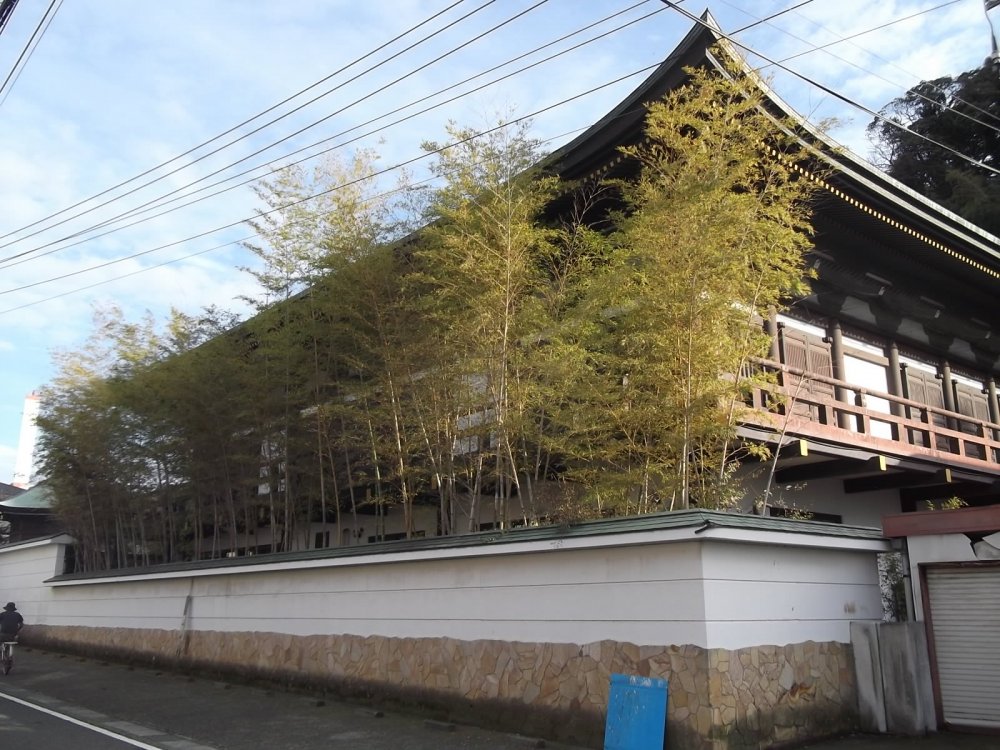 The Taishakudo hall seen from the street 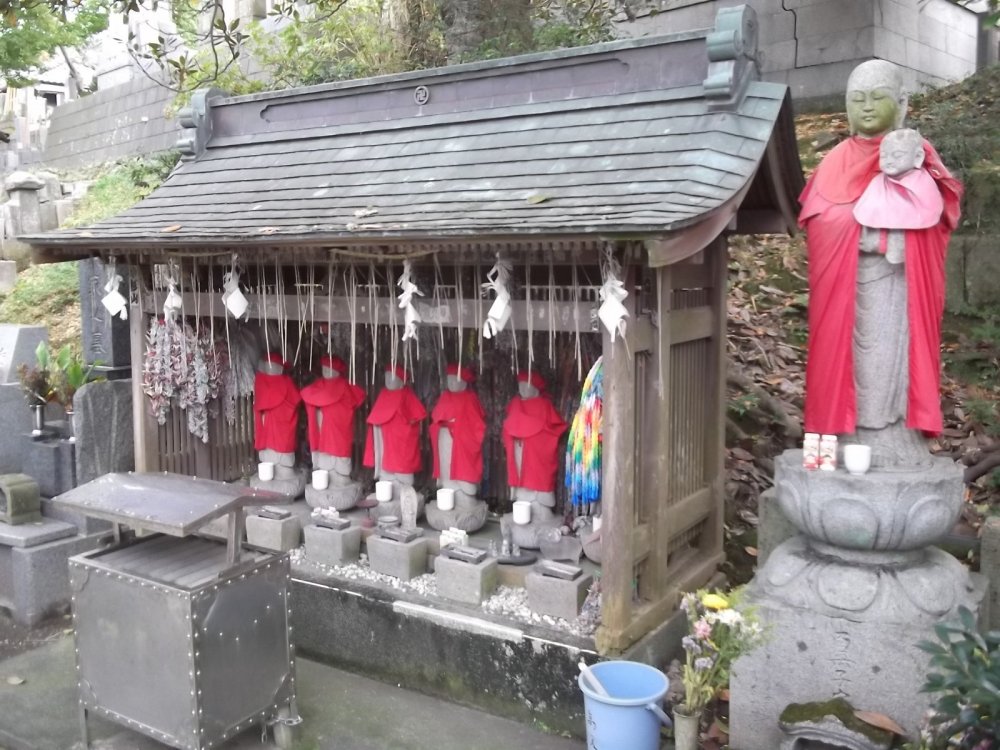 Rokujizo, six statues placed by the gate to protect travelers 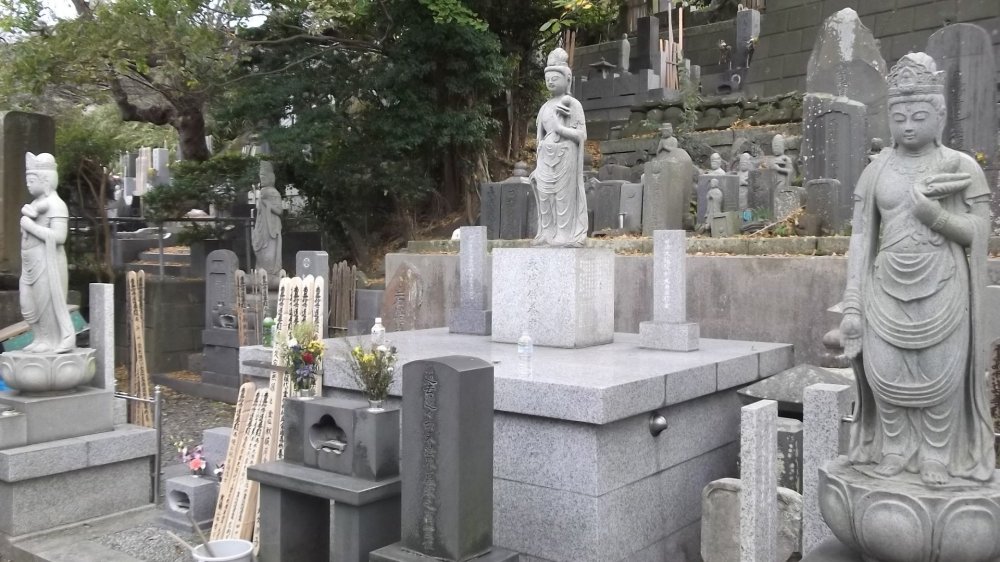 Buddhist saints watch over the graves by the gate 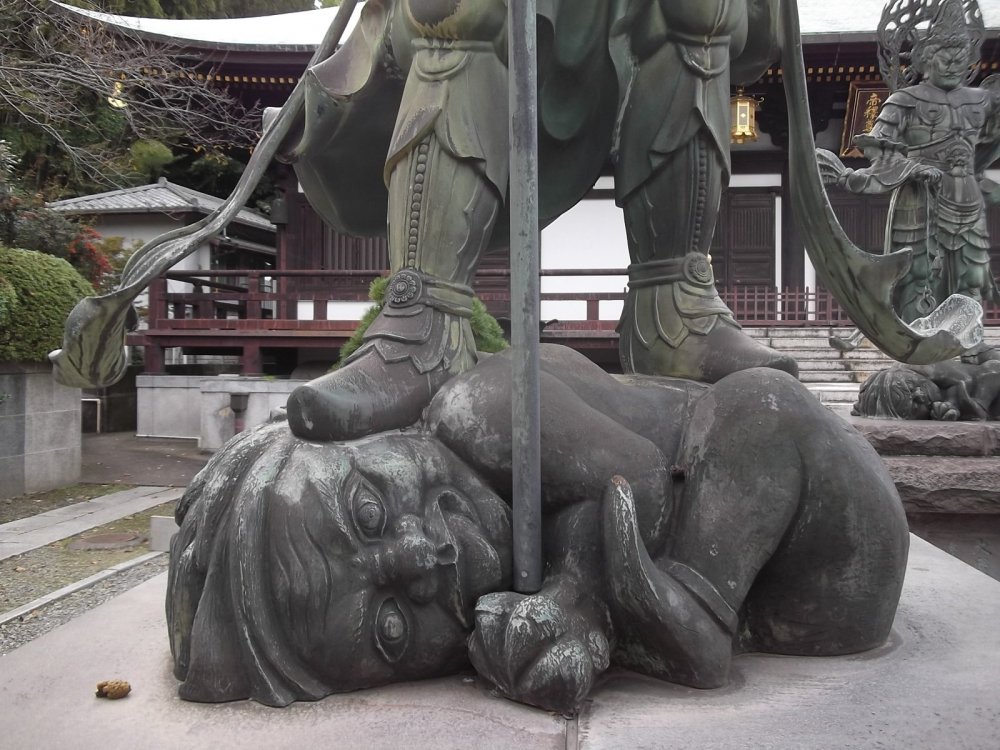 The Heavenly Kings are standing on vanquished evil spirits 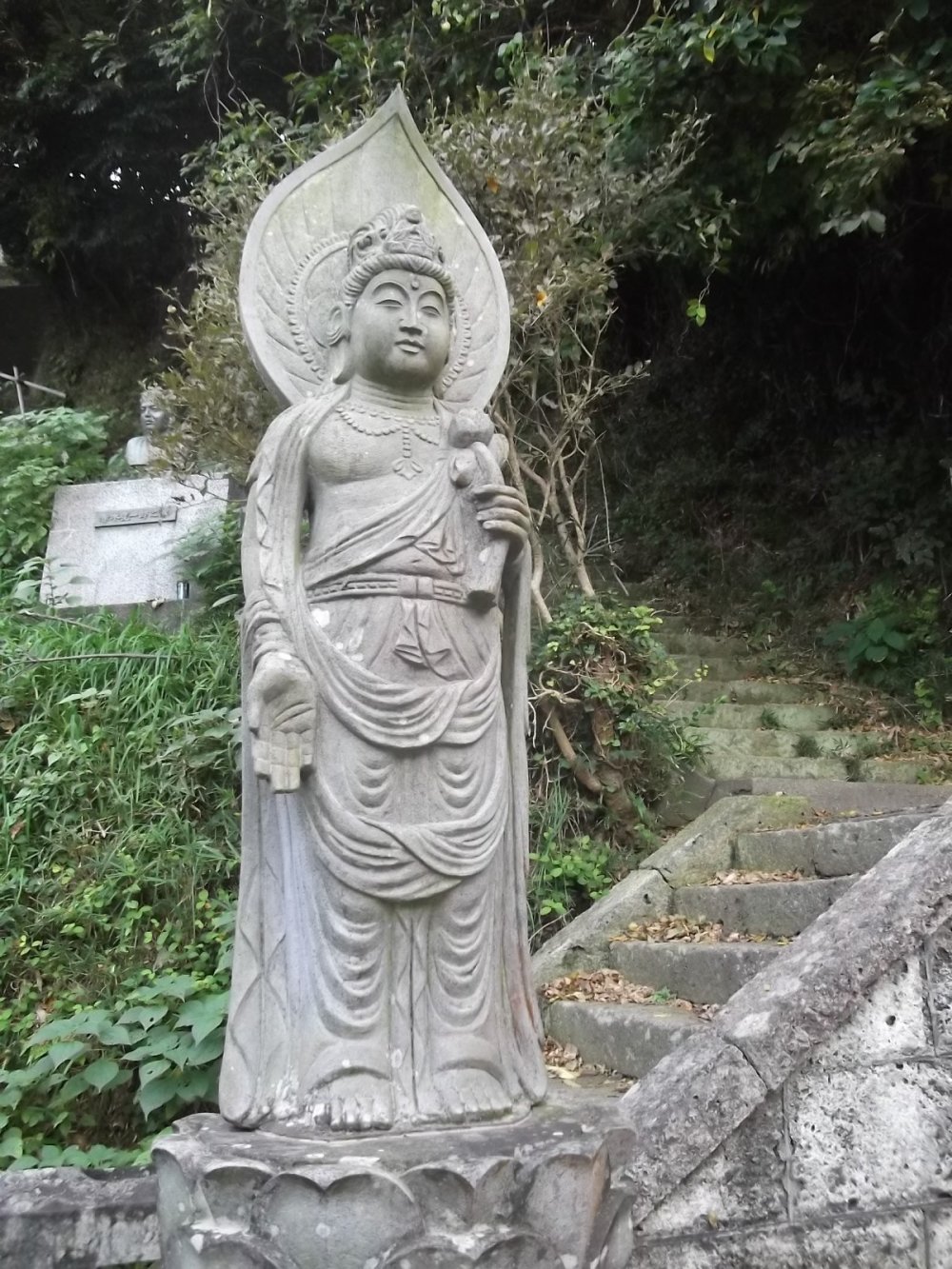 Minding over the steps leading up to the higher graveyard 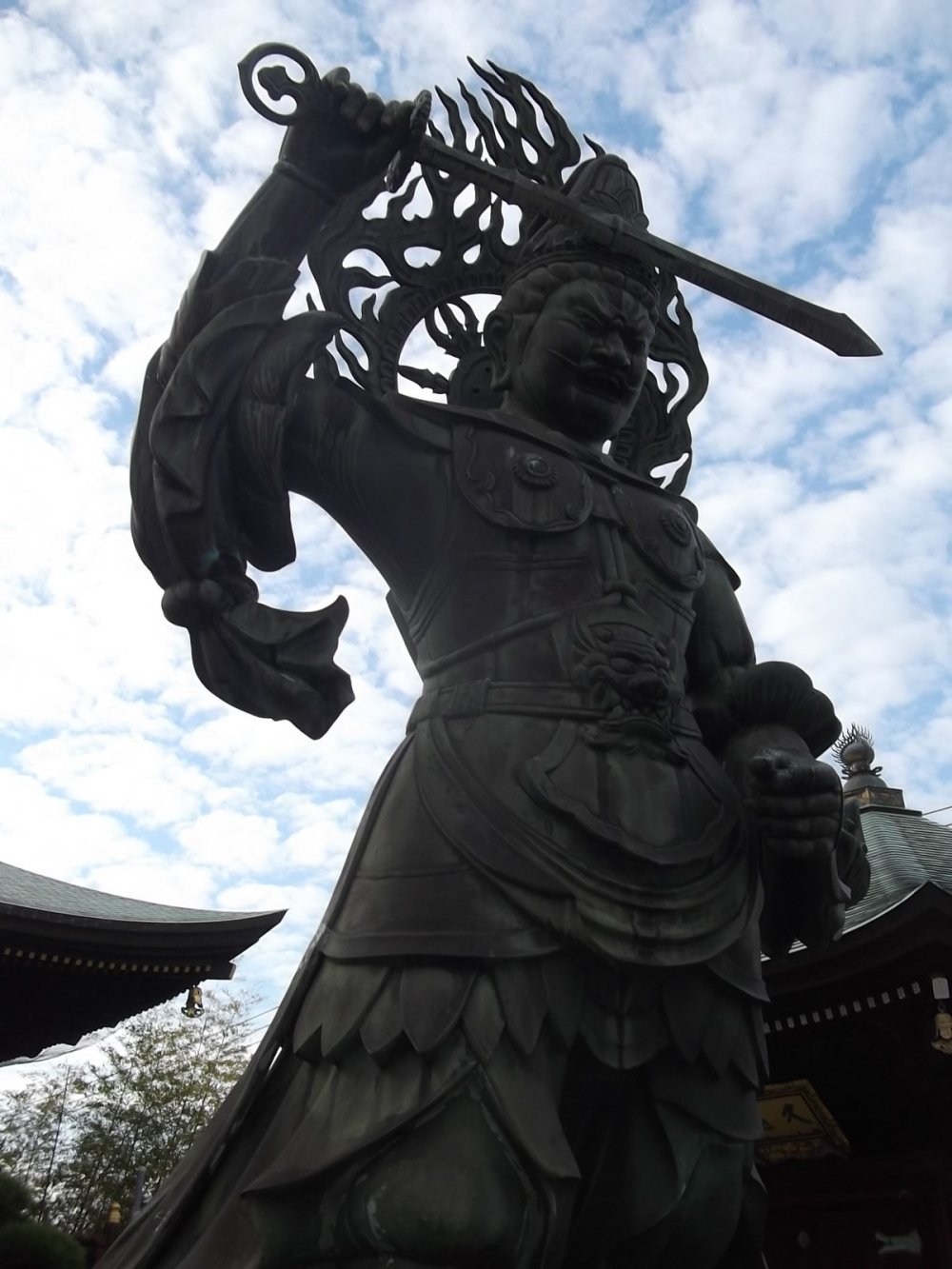 One of the ferocious Heavenly Kings 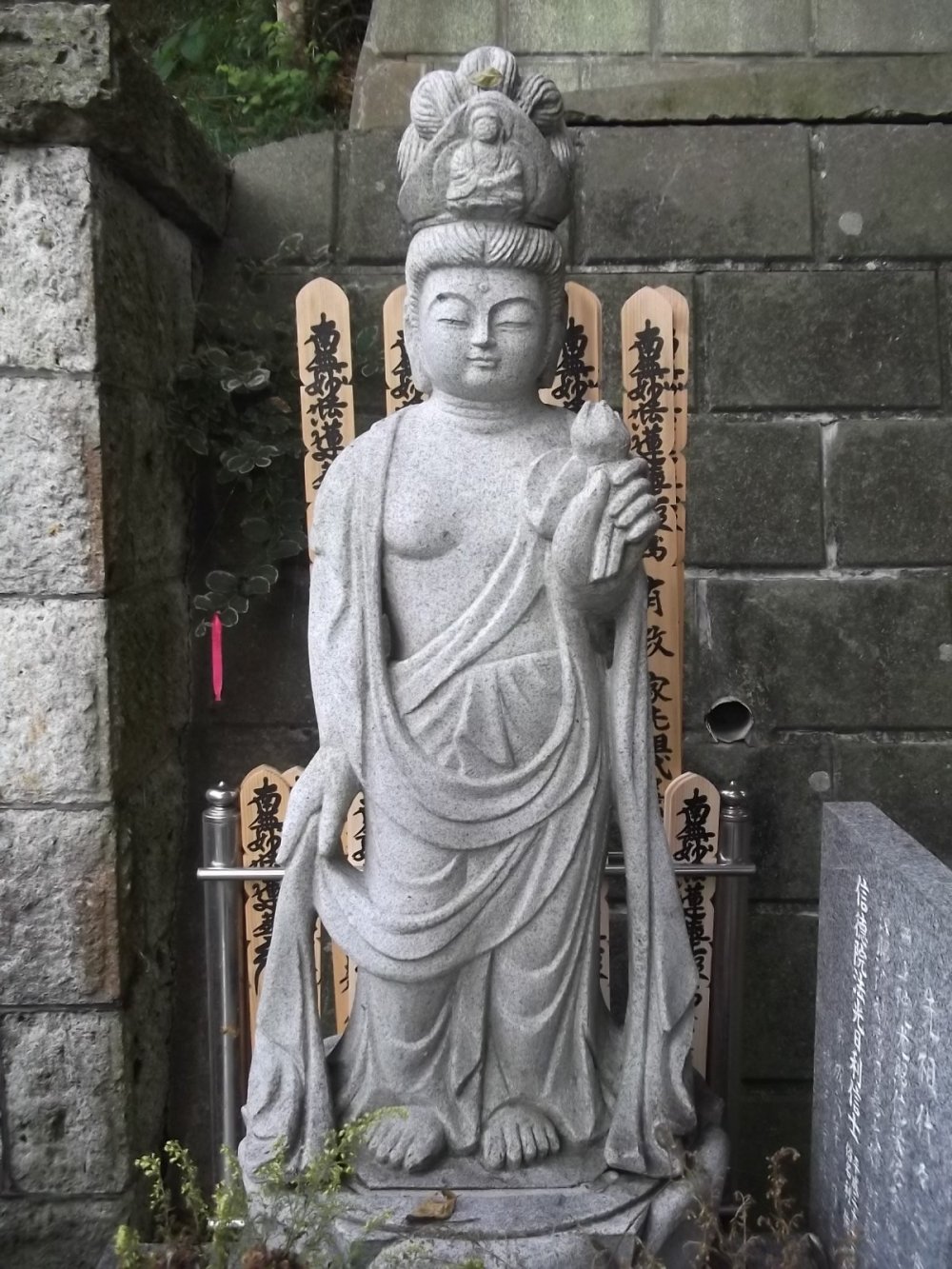 One of the graves: I love the little figure on her crown 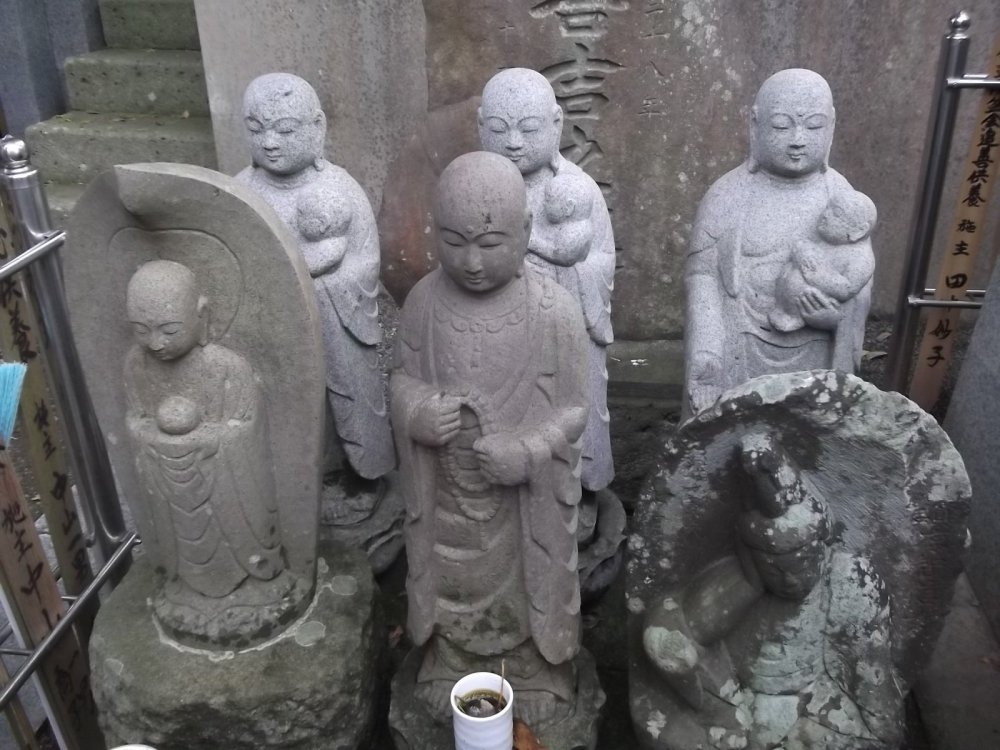 Recent and ancient statues on a grave 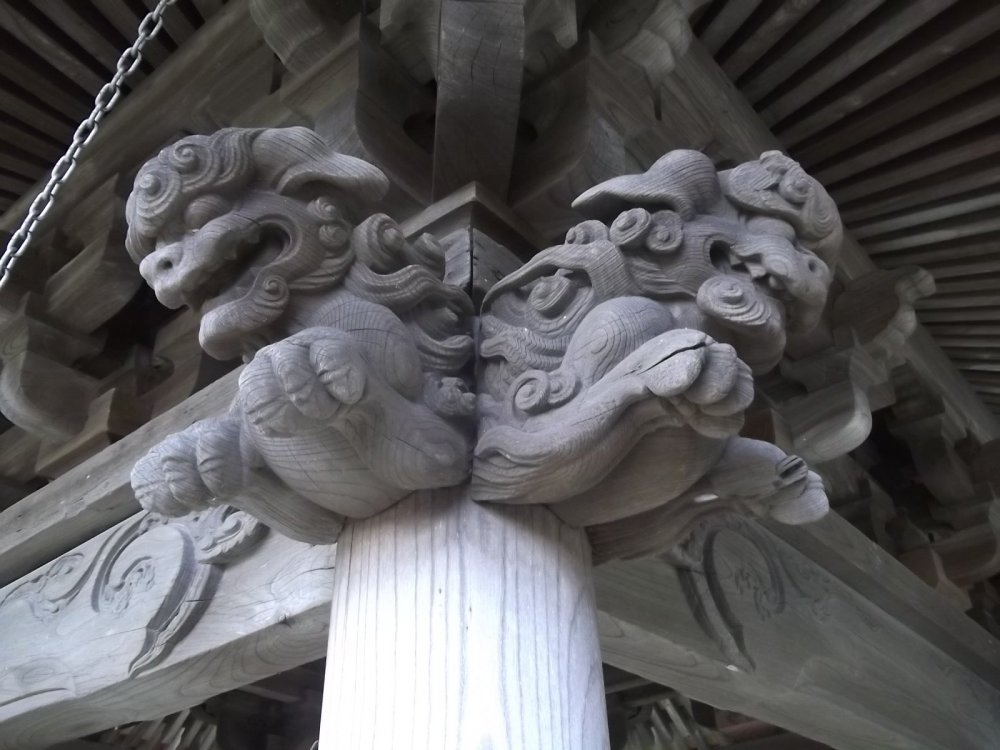 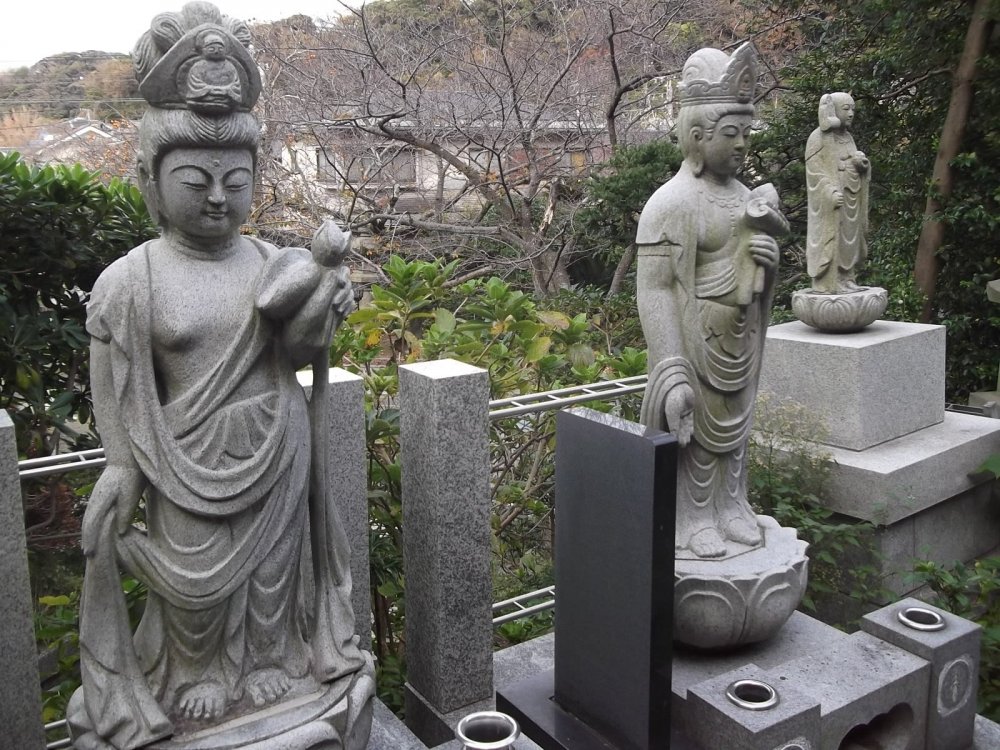 In the upper part of the graveyard 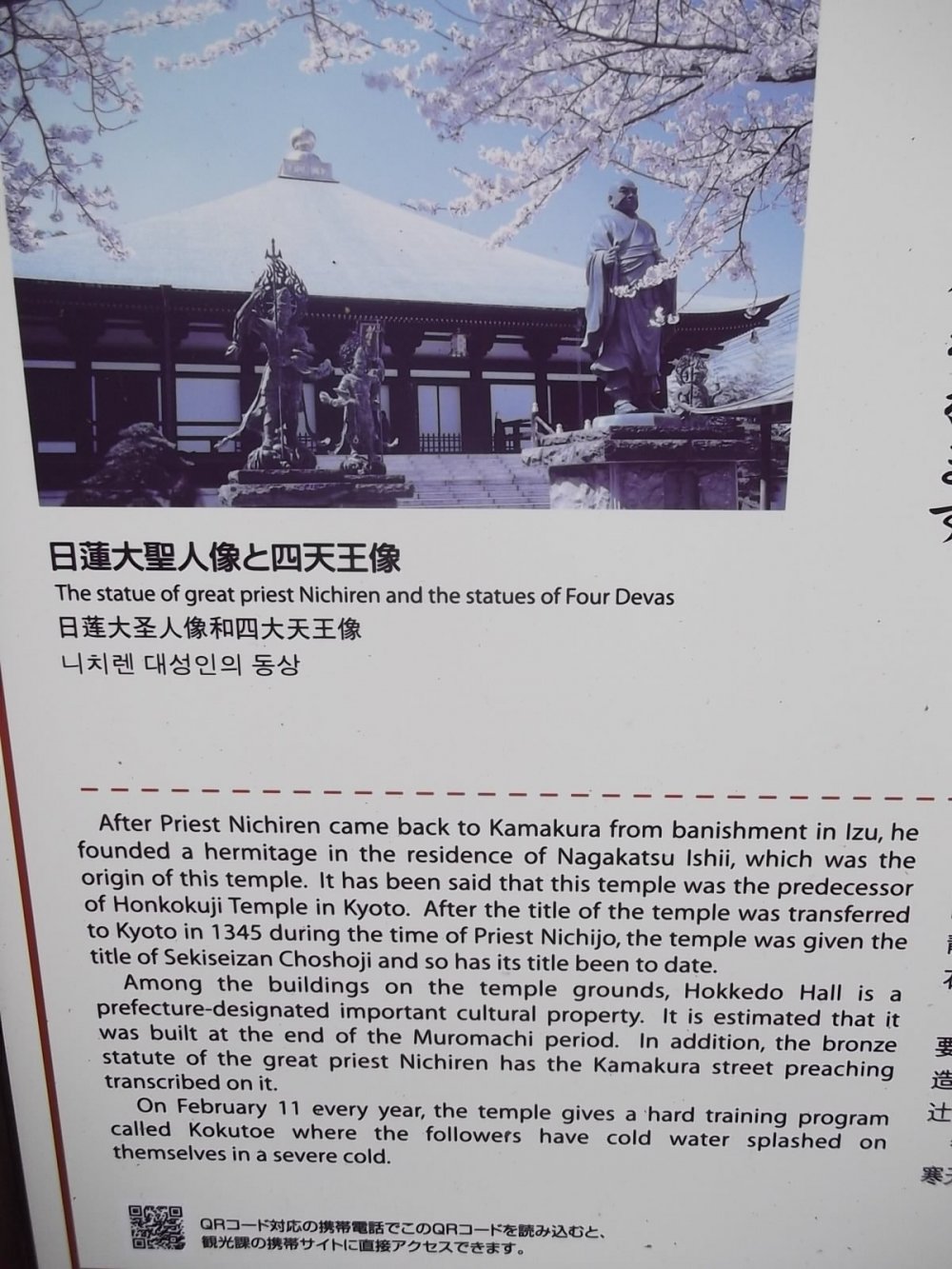 There's an information board by the gate 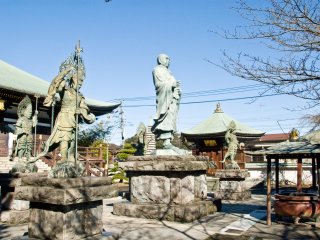 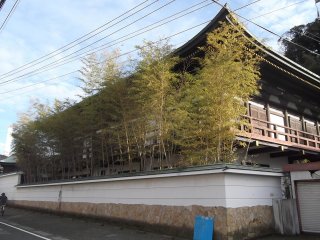 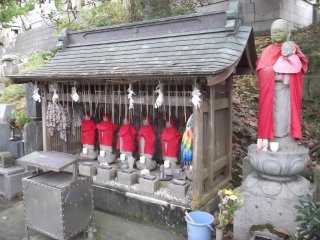 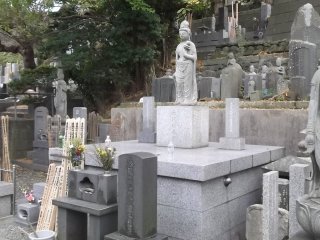 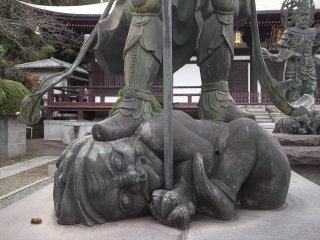 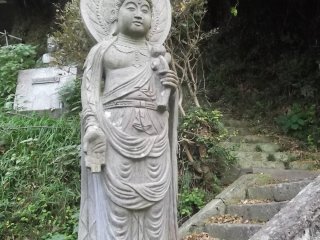 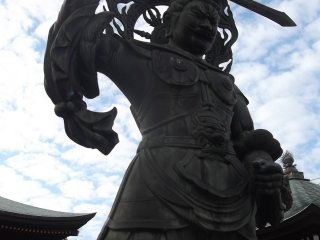 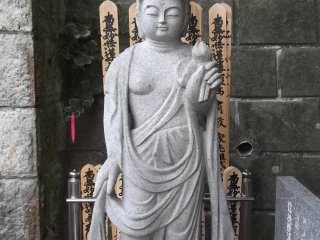 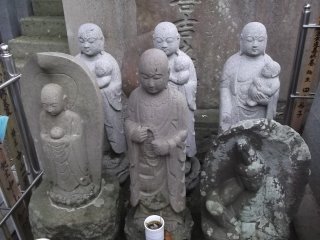 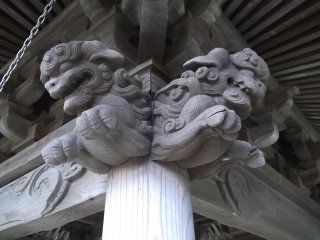 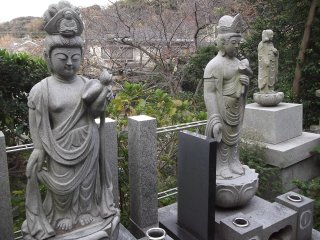 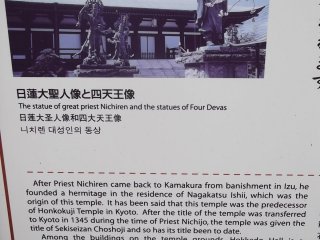 Wandering round Kamakura one time, I found on my map a temple that I hadn't heard of and knew nothing about (actually, there are dozens like that, but this one was nearby), and decided to go and take a look. Little did I know that it was so impressive, or that it holds an important place in the history of Buddhism in Japan.

I went in through a small door in the side wall, and was met by five tall, very striking statues: the priest Nichiren, founder of a major sect of Buddhism, flanked by four ferocious Devas, Heavenly Kings protecting the world from each direction. Founded in 1265 (though the present temple is a later reconstruction dating from 1345), Chosho-ji is one of three temples claiming to be where Nichiren lived and developed his teachings.

There are many other interesting statues around the grounds: some of them are Buddhist saints and deities watching over graves, lending the graveyards a serene atmosphere.

The temple is about fifteen minutes' walk south-east of Kamakura station, on the JR Yokosuka line and the local Enoden line.