The entrance of Tokyo Bay 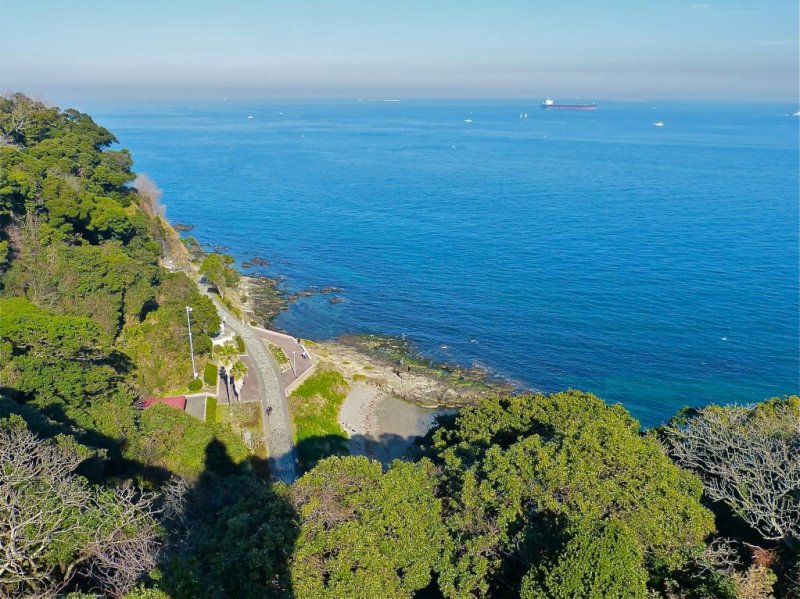 Ships coming in and out of Tokyo Bay 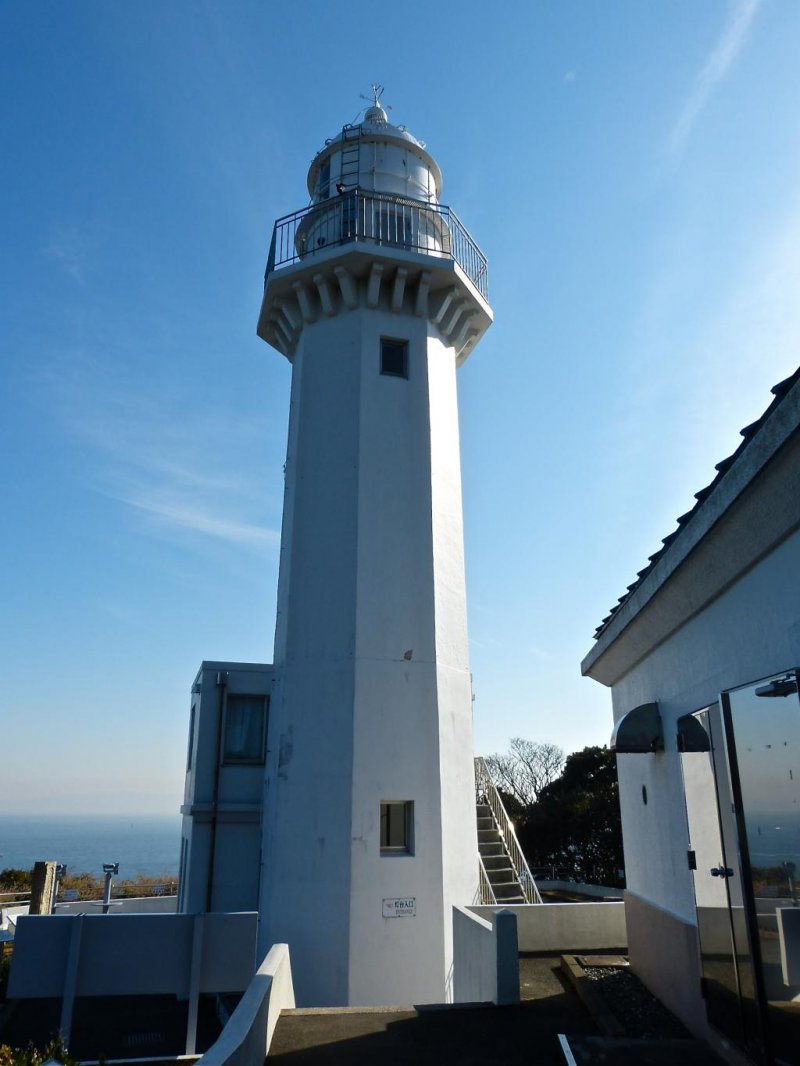 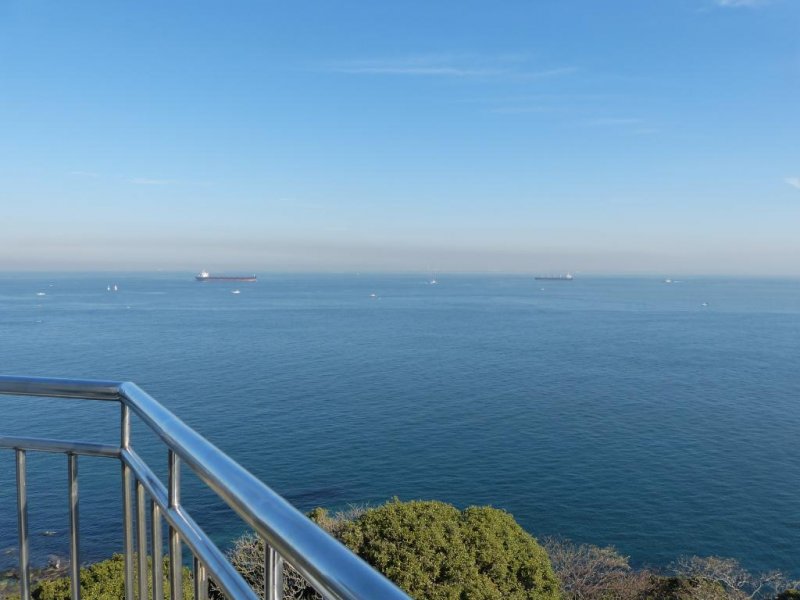 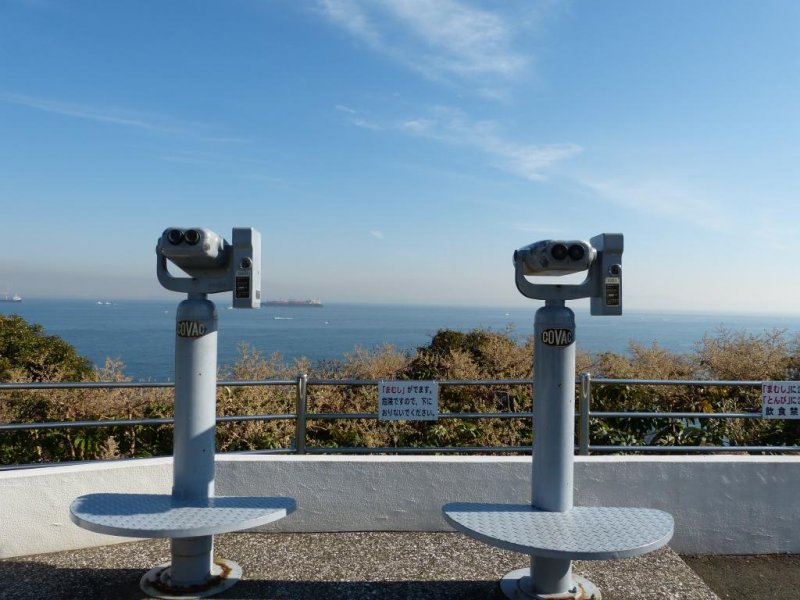 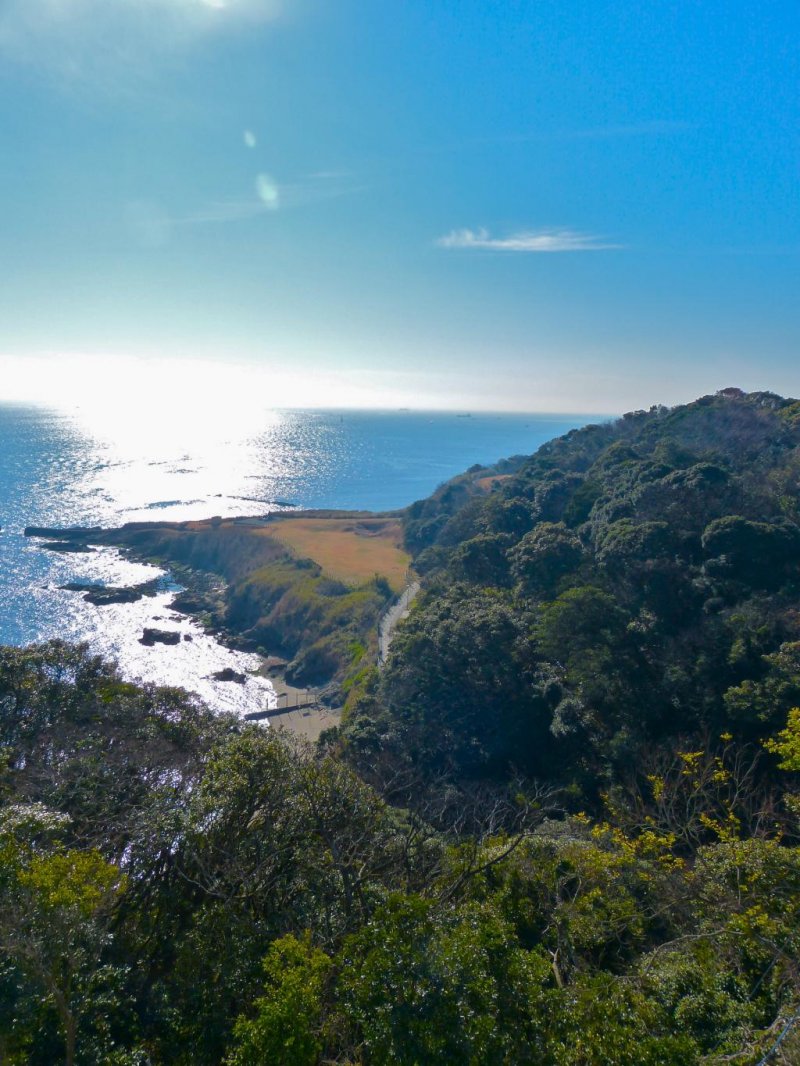 View from the lighthouse 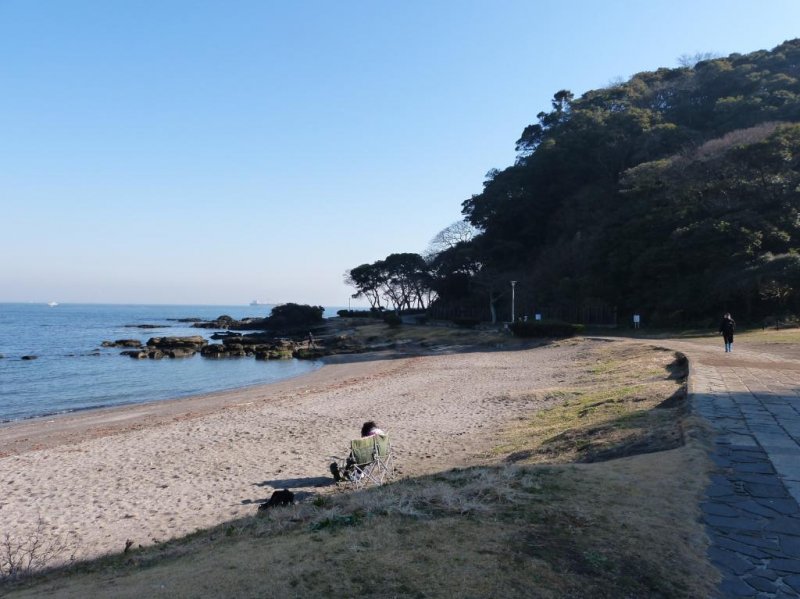 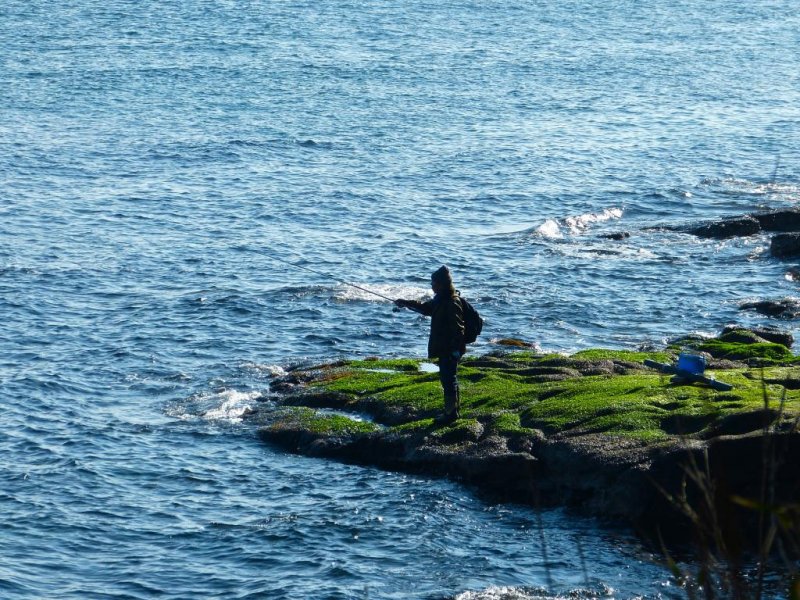 Fisherman on a rock 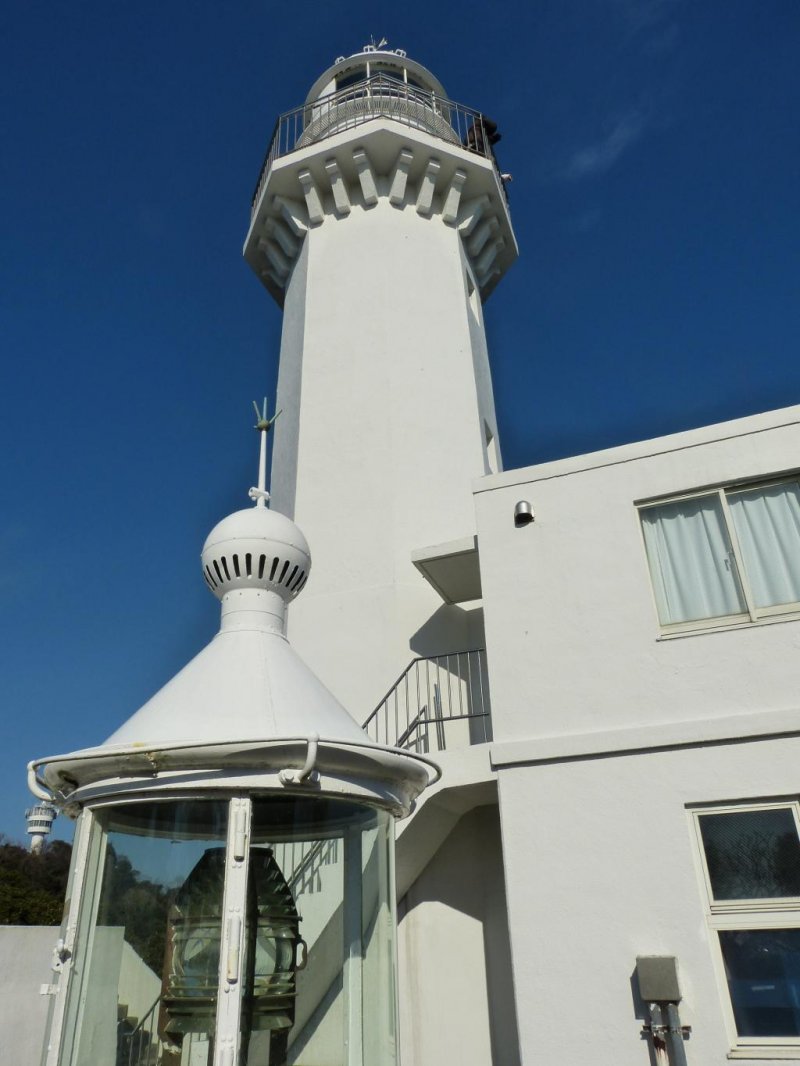 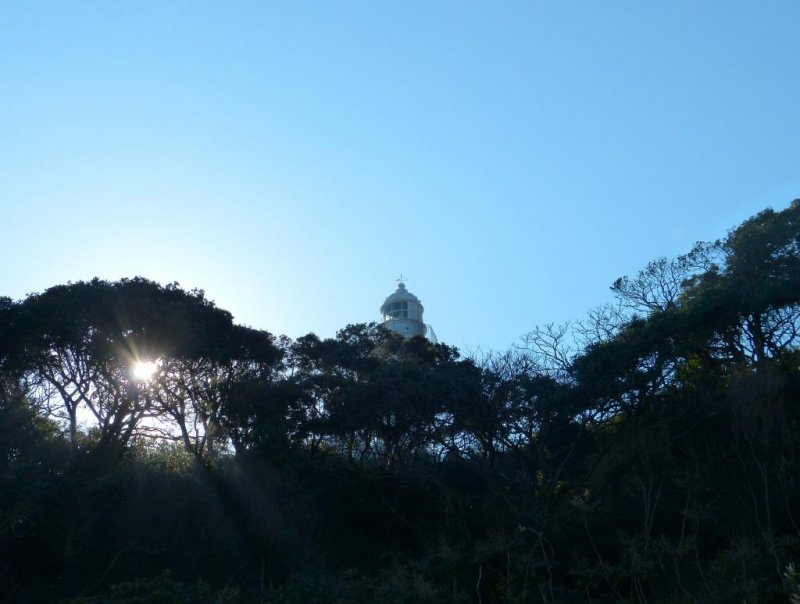 The lighthouse seen from the shore 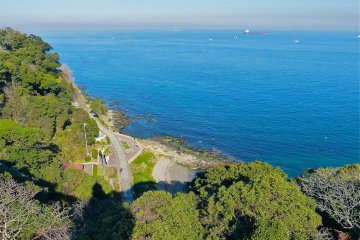 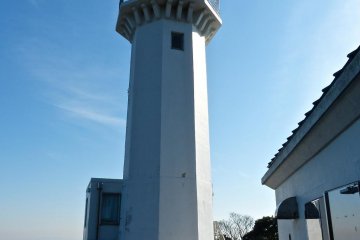 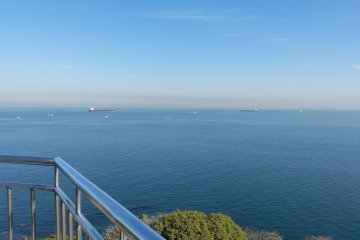 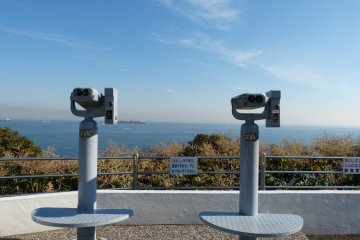 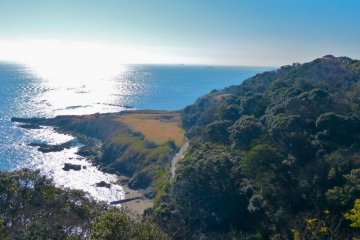 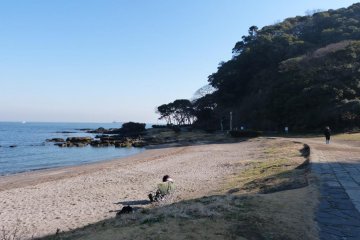 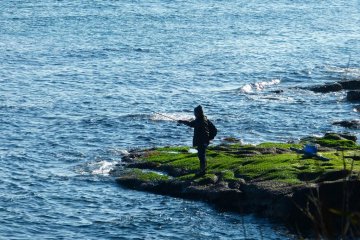 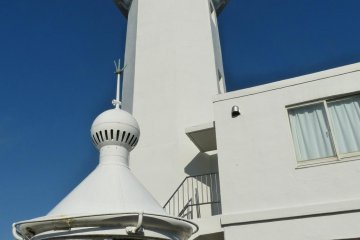 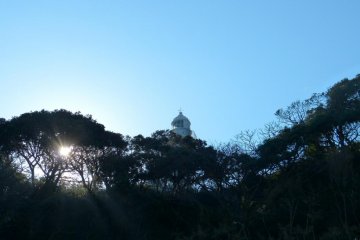 Cape Kannon-zaki is located on the eastern edge of Miura Peninsula, at the entrance of Tokyo Bay. In 1812 the Tokugawa Shogunate set up a lookout here to protect Edo from Western ships. After Japan opened her doors to the rest of the world, a lighthouse was built under the guidance of French technologists, F. L. Verny. It was destroyed by an earthquake in 1922. A second lighthouse was soon destroyed by the Great Kanto Earthquake of 1923. The one we can see today is the third one, made in 1925.