Walking around the area near Fujisawa-Honmachi Station, the towering white torii gates of Shirahata Shrine (Shirahata Jinja) are impossible to miss. Directly in the center of town, they pull all your attention to the small Shinto shrine that sits within.

Shirahata Jinja is most notable for its connection with the legendary samurai warrior Minamoto no Yoshitsune, who is enshrined there. Yoshitsune, who lived in the late 1100's, is a popular figure in Japanese literature. A famed general, he is known for his swordsmanship and for embodying the honorable traits of the samurai. As a young man, he was victorious in a duel against the also-legendary warrior monk Musashibō Benkei, who became Yoshitsune's loyal partner until their deaths.

What the shrine lacks in size, it makes up for in elegance. The main building sits on top of a hill covered in trees, which somehow isolates the shrine from the busy town just meters away, giving you a feeling of solitude where it would seem impossible. Construction on the main shrine pavilion was completed in 1835, after seven years of construction, and renovations were made in 1980.

Sitting next to the building is a rock called "Benkei's Chikaraishi." Chikaraishi, or "strength stones," are commonly found in Shinto shrines. Throughout history they have been used for strength building or demonstrations as well as for divination purposes, and some are famous due to the people who were able to move them. This particular rock is attributed to Benkei, known for his incredible strength, who is said to have put it in its current location. Touching the rock is thought to protect people from diseases.

The shrine grounds also include some smaller buildings, a ceremonial hall, many stone statues, and some beautiful landscaping which is particularly beautiful during cherry blossom season and autumn colors season.

The shrine's torii, perhaps its defining feature, is 8 meters high and 6 meters wide. It is made of fiberglass, the first torii in Japan to be made of such a material, which gained it some fame and interest when it was being constructed in 1984. The lightweight and durable material was chosen for its advantages against earthquakes.

Shirahata Shrine is a 4 minute walk from Fujisawa-Honmachi Station on the Odakyu Enoshima Line. Upon exiting the station, turn left and follow the street until it ends at the crossing of a major road. Turn left on that major road and follow it for 2 minutes until you see the large torii on your right. 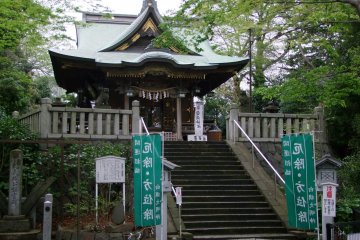 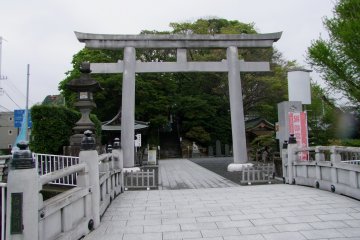 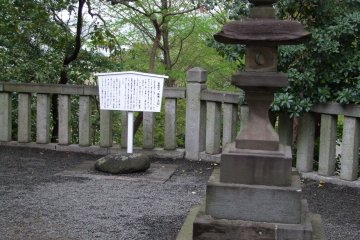 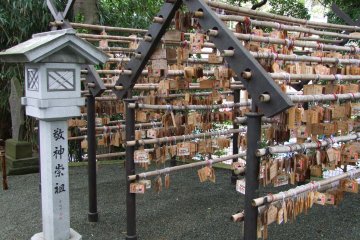 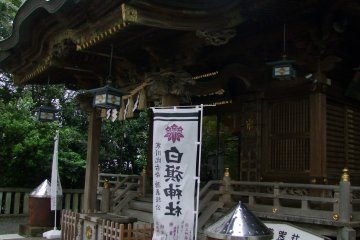 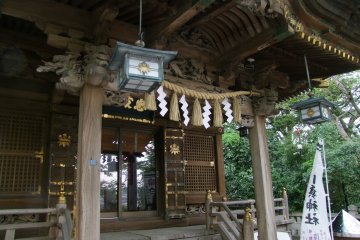 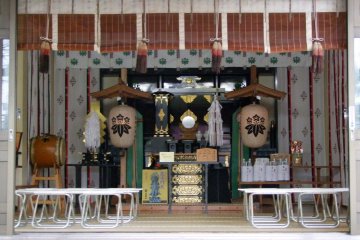 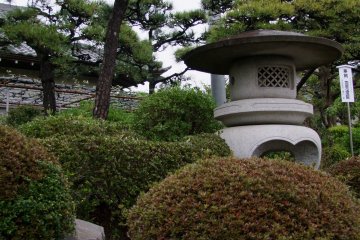 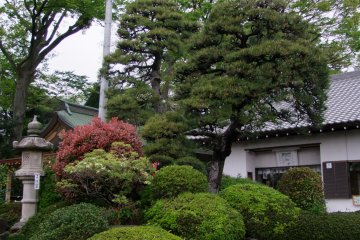