Worshipped historically by farmers for it legendary rainfall, Mount Oyama is one of the highest peaks in Kanagawa prefecture standing respectfully at 1253 meters tall. On clear days there are some great views over the Sagami plains making this a popular destination for many people who are attracted by the wide range of hiking courses on offer along with the impressive Afuri Shrine and Oyama Temple. There is even a cable car for anyone afraid of overexerting themselves.

Both Isehara and Hadano Station on the Odakyu line offer the easiest access from where you can catch a local bus to the mountain. From Shinjuku it takes a little over an hour, costing around 590-670 Yen. Further information can be found on: https://www.kankou-hadano.org/.

Traditionally, most visitors tend to catch the bus to and from Isehara Station. An alternative and more interesting route however, involves taking the bus from Hadano Station to Yabitsu-Pass and ending the hike at the base of Mount Oyama from where you can return home via Isehara Station. The advantage of doing this option means you don’t have to double back along any of the same route.

From Hadono Station to Yabitsu-toge (ヤビツ峠) the fare costs 470 Yen and takes about 30 minutes. One word of caution however; the last morning bus departs at 9.20 am!

The scenic mountain roads leading up to Yabitsu-Pass make a great place to start this hike. Surprisingly, there were many cyclists conjugating around this area. Upon further research, I learnt that Yabitsu-Pass is a very popular cycling route within the Kanto area.

Interestingly, on this particular morning everything was covered in thick fog creating an eerie looking landscape where the misty mountain roads resembled something out of the horror film ‘Silent Hill’.

With the trailhead conveniently situated next to the bus stop, it`s about a 3-4 hour moderate hike, passing along several picturesque mountain ridges before reaching Afuri Shrine and Oyama Temple. The first part of this course runs through several sections of rugged forest where on clear days (unlike today), the views are particularly impressive.

After about an hour you will reach a series of wooden stairs with a large ‘torii’ (gate) at the end marking the short ascent to Afuri Shrine.

At the top of Mount Oyama is the surprisingly small Afuri Honsha Shrine along with a signboard marking the summit. On clearer days this makes a great lunch spot. If you reach this point before noon it may be worth considering continuing onto 'Miharadaishi' as this is only about an hour away and is usually less crowded.

Mount Oyama to Miharadaishi and beyond

The trail leading down to 'Miharadashi' (三晴台) passes through more narrow paths that should be treated with caution as they can be quiet slippery, especially after heavy rain!

Before long, the narrow ridgeline will lead out into an open area lined with several rows of wooden tables. It was here that we got our first, albeit very brief view, of the Sagami Plains below.

The descent from here will pass through several more rocky ridges before reaching a bridge which overlooks a waterfall. To the right is a small shrine containing two impressive looking dragons. Continuing along this path for another several minutes will take you to large red torii, marking the entrance to the impressive Lower Afuri Shrine.

Located at the top of a steep stone staircase and surrounded by a thick forest canopy, this picturesque shrine is well worth a leisurely exploration.

Before beginning the final 50 minute descent you will reach a Y section where the trail separates into a female and male path, with the latter being the more difficult. The cable car is located several minutes away for anyone wanting to avoid walking the final descent.

Close by to the cable station is a very picturesque bridge, beautifully decorated with numerous bright red banners and surrounded by lush greenery. A little further along from here is a row of Jizu (statues) dressed in bright red hats that will appear suddenly in front of you before revealing a large stone staircase. Even from the bottom of this staircase it is possible to see the impressive Oyama Temple where a large scary dragon is peering down at you.

The last part of the hike descends through a series of never-ending staircases surrounded on either side by numerous souvenir shops before finally reaching the bus stop bound for Isehara Station.

Typically, when riding the bus back, the thick fog which had plagued most of our hike began to clear up reminding me of the fact that Mount Oyama is historically associated with heavy rain and fog. Let’s hope at least every farmer is blessed with plenty of this! 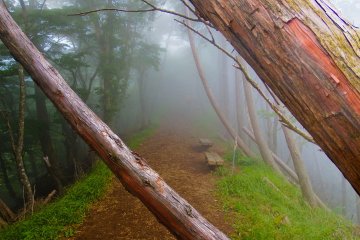 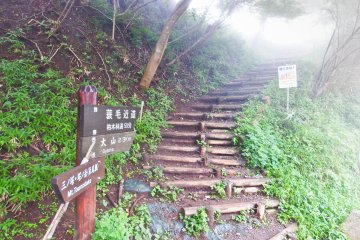 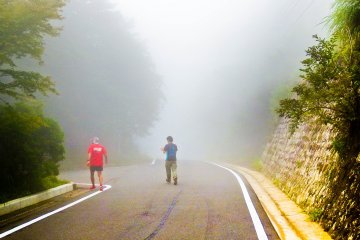 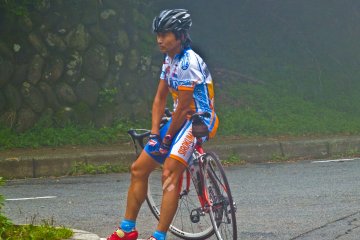 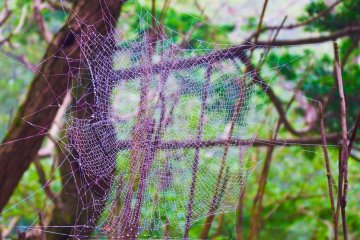 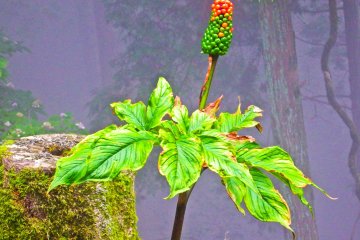 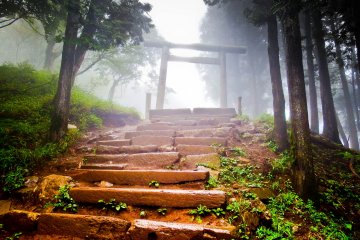 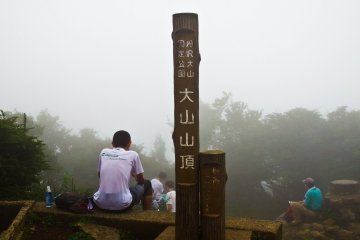 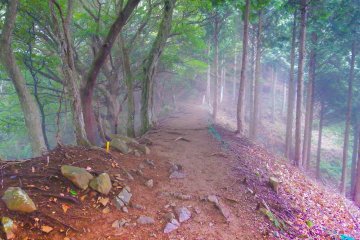 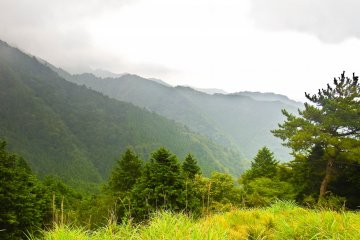 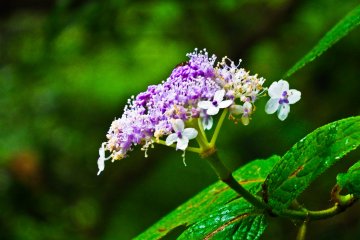 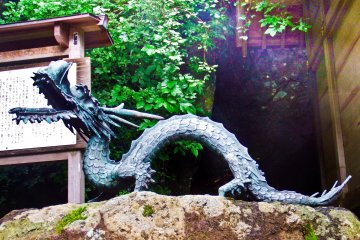 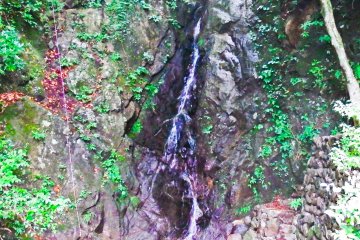 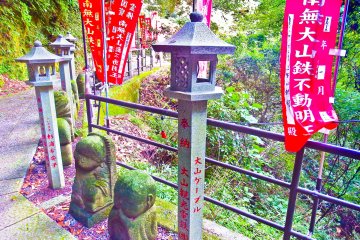 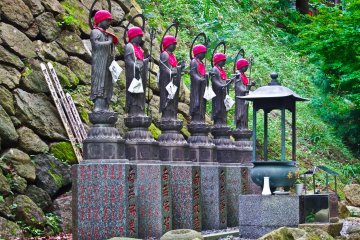 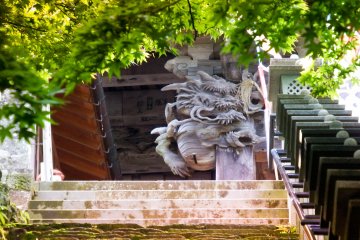