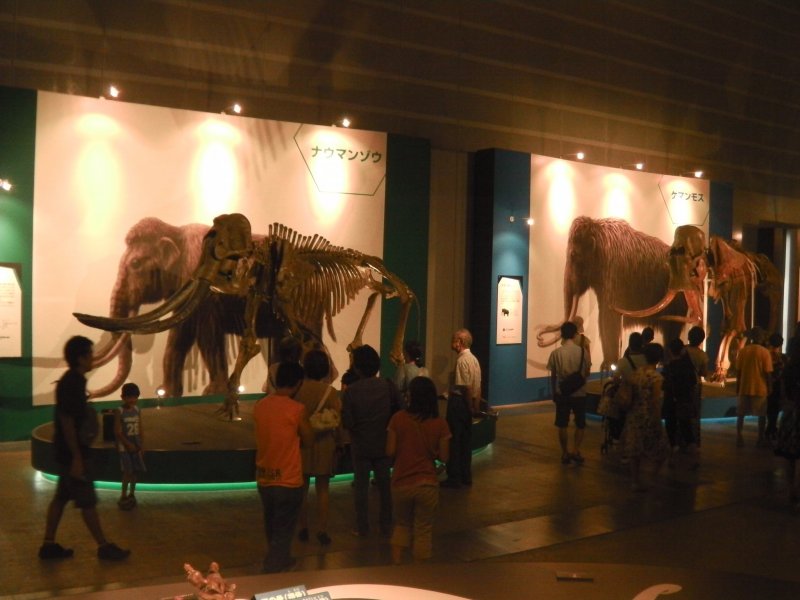 Yuka 2013 (特別展マンモスYUKA) was a special 2013 exhibition showcasing a frozen woolly mammoth making its debut to the world.

The mammoth was discovered in Russia in 2010. It was frozen in the perma-frost, which preserved it in remarkable condition. It was determined to be a 10-year-old female, and she was given the name "Yuka." This event, held at Pacifico Yokohama, is the first time that Yuka is on display for the general public anywhere in the world.

The Yuka 2013 exhibition is an educational experience that provides a great deal of explanation about woolly mammoths, the world in general during their era, and the specific excavation of Yuka. There are full-scale models on display, as well as skeletons. Visitors can even touch some mammoth bones and teeth, as well as preserved mammoth hair. Nearly all the information is provided in Japanese only, which can make things difficult for non-Japanese visitors. However, there are many pictures and models and figures that it is still easy to have a good time even without a full understanding of the written information.

The highlight of the exhibition is Yuka herself, who died approximately 39,000 years ago. Also on display is a frozen woolly rhinoceros named Kolyma. Woolly rhinoceroses existed at roughly the same time as woolly mammoths, and are also extinct today. Though many of the museum's features can be photographed, the two frozen specimens cannot.

A South Korean scientific team received permission and is currently exploring the possibility of attempting to clone Yuka in an effort to resurrect this extinct species. Though it is an exciting and ambitious project, it remains to be seen whether it is possible or not.

True to form, there is also a gift shop near the exit of the museum, which offers more mammoth-related merchandise than you would imagine even existed. There is also a cafe that sells drinks, snacks, and small meals, all with mammoth-themed names or designs.

The exhibit is open daily from 9-5, with hours extended to 7:30 p.m. on Wednesdays and Fridays. Admission is allowed until 30 minutes before closing time. Tickets are ¥2,200 for adults and ¥1,200 for high and junior high school students. Discounts are available or groups of 10 or more. Tickets can be purchased at the door.