Saving the world with sweet bean paste and love

Kochi is sometimes referred to as the "Manga Kingdom" of Japan due to the large number of well known manga artists who were born here. Perhaps one of the most famous manga from Kochi is also now a popular anime: Anpanman. This is a tale of a superhero, with a red bean paste-stuffed bread for his head. Better yet, there's a museum to transport you directly into this peaceful world protected by yummy baked goods.

The story of Anpanman was created by Takashi Yanase, and it was originally published in 1973. Mr. Yanase was born in Kami City, and the prefecture built a museum to honor his characters in 1996. While it's really named the Yanase Takashi Memorial Museum, it's commonly known as the Anpanman Museum.

The museum is one of the most popular character related destinations in Japan, and it's easy to see why. Every child I've ever known in Japan begins an obsession with Anpanman from about one or two years old. I'm not exactly sure when this obsession fades, but I've heard junior high school students singing the theme song on the bus.

Why are kids so in love with it? I have no idea, but there might be some kind of brainwashing involved. In every story, Anpanman flies around the world, trying to save everyone from the terrible Baikinman (Virus Man) et al. Anpanman hates violence, however, so he resorts to helping people by sacrificing his delicious, anpan head (anpan is the name of the popular pastry that is stuffed with sweet bean paste here in Japan). After he has saved the world, he flies back to Uncle Jam, who kindly bakes him a new head all over again.

Anpanman doesn't do this alone, of course. He is accompanied by Karepanman (Curry stuffed, fried bread), Shokupanman (Toast Man), and a host of other super hero sidekicks made from common items found in Japanese bakeries.

People flock to the Anpanman Museum in Kami City to see special memorabilia, art work, and of course the whole Anpanman crew of characters walking around in real life--or at least in stuffed form. The basement level is the kids level, and all of the sculptures and exhibits are just their size.

If you're interested, there's even a hotel on the museum grounds.

If you're traveling with young children, or just interested in Japanese manga, the Anpanman Museum should definitely be on your list of places to visit while in Shikoku. Because you have to take a train and a bus to get there, it might require a little planning, but should still be fairly easy. From Kochi Station, take the JR train to Tosa-Yamada. You'll then need to transfer to a bus heading for Odochi (大栃). After about 25 minutes, get off at the stop called Anpanman Myujiamu Mae. 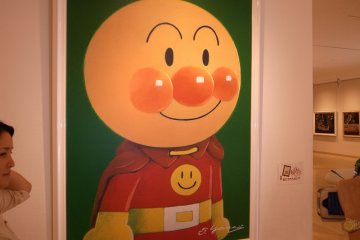 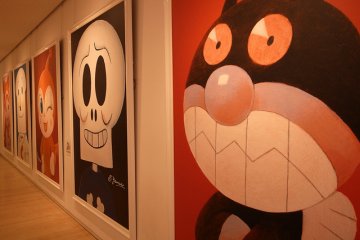 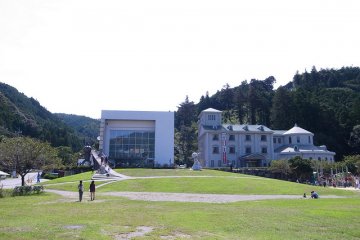 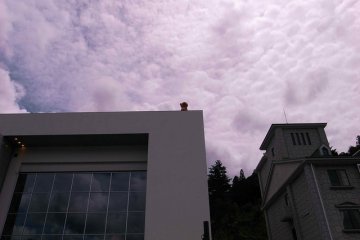 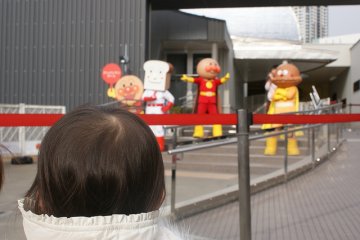 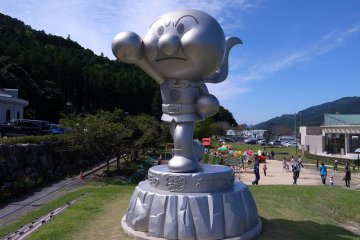